You might be in a panic after re-reading a string of textually explicit novellas you vaguely remember typing at 2 o’clock this morning. While that train wreck likely can’t be undone, all trace of it could have been erased from your phone and anyone else’s if you had shared it using an app called Strings.

The app requires all parties to already have the app installed, so Strings can’t do anything for you if you exchange numbers or send a blurry photo to someone the usual way. But once installed on both people’s phones, it gives users the ability to take back text or images they share later.

Other apps for sharing photos privately with friends such as Cluster can be taken down, but anyone you share with can download to their phone once it’s in the private folder you share with them. Snapchat photos and Cyber Dust messages disappear once shared so no one can go back and remember the good times later. This app marries the desire to share but also have the choice to keep or erase the evidence on their device later. 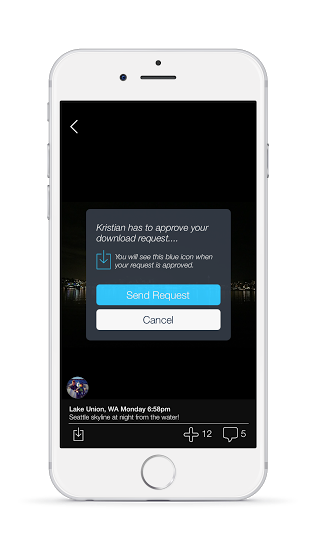 The other difference with Strings is that it works with texts, emails, and unlimited length videos, not just photos.

According to Strings, all content is deleted from every users’ phone and from Strings servers, “immediately and permanently.” However, users might be reluctant to share data via Strings after hacks on other apps ended up revealing user data they thought they had privately shared.

Over 200,000 Snapchat user’s photos were leaked in October and several hundred celebrities’ private iCloud photos were hacked into earlier in the year. Use caution about anything you post, even privately.