Sliders suck. “Little too far to the left. Ugh. Little too far to the right. ARRHGH!!!” The mouse can be a frustrating controller for Photoshop, Final Cut, AutoCAD or even Spotify. But a new input device called Flow lets you play your computer like an instrument, with infinite dexterity through feeling rather than sight.

The Y Combinator startup Senic’s ~$100 wireless Flow puck offers four types of control: motion by waving over its infrared sensor, a programmable touch-sensitive pad on top, haptic response for pushing Flow like a button, and a physical cylinder around the sides that you can twist for ultimate precision. It already works with 30 apps like some of the Adobe Creative Suite, and cunning developers can build custom Flow interfaces for anything they want. 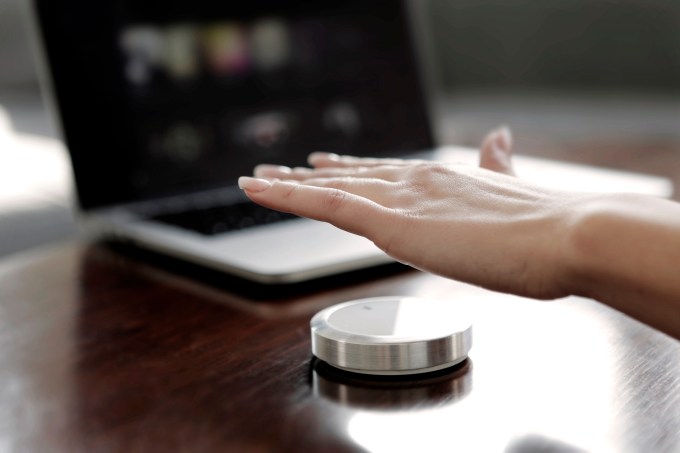 Co-founder Tobias Eichenwald thinks there are better ways to work than squinting at a screen. He wants Flow to let you control your computer “blindly, unconsciously, naturally” — like a guitar. Normally, designers have to dig through Photoshop menus, then use a clumsy mouse or hit the bracket button, which changes things in increments that are too big.

“You can never do pixel-perfect graphics” says Eichenwald.

With Flow, you can bump up or down the hue or brush size in Photoshop, alter model angles in AutoCAD, switch layers in Illustrator, select frames in a video editing app, and more.

Beyond work, the startup wants you to stay in Flow while spending quality time with your friends. “We’ve had 40 years of screens. They’re not always the best designed interface,” Eichenwald explains. “They’re not good in social settings because they require your full attention.”

That’s why Flow is built to work with Spotify, YouTube and SoundCloud. You could hover your hand above Flow to adjust volume, or wave over it to skip to the next song without disconnecting from your friends or the task at hand to stare into a screen. Phillips Hue smart lightbulbs can also be controlled much quicker with Flow than digging up the remote app on your phone. 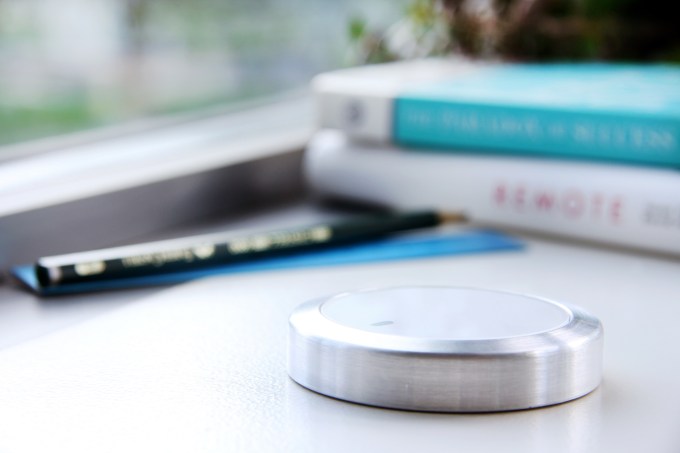 I’ve played with Flow and the device is well-constructed. The tension on the spinning cylinder gives just the right resistance so you can feel the slightest movement. It combines motion with less tiring gestures rather than just tiringly keeping your hands in the air, which is why Leap Motion never took off. Integrating Flow into your habits will take time, and not everyone has a professional need for it. But at the very least, Flow looks downright beautiful sitting on a desk.

Flow is on Indiegogo for $100, and Eichenwald says its added efficiency as an input means that designers could quickly recoup the cost. The crowdfunding money will go to hammering out manufacturing and hiring an embedded software engineer to deal with firmware updates.

It seems inevitable that laptops will offer motion control. I can imagine my MacBook’s trackpad or webcam working like Leap Motion eventually. But it’s fine if some of Flow’s features get integrated elsewhere, as the startup has big ambitions. 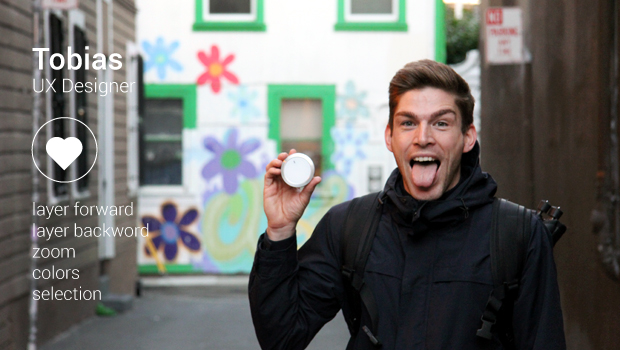 “We want to create a new generation of natural user interfaces,” says Eichenwald. With hardware costs, connectivity, and Wi-Fi chips all getting cheaper, anything could be turned into an input. Eichenwald asks “Why not the table? Why not the wall? Why not the objects around you?” It’s that philosophy that makes me wonder if Flow-maker Senic will get acquired by Apple or Nest one day.

Most gadgets we invent distract us or add to our cognitive load. Yet researchers keep saying we’re terrible at multi-tasking, and everyone works better when they can focus. Finally there’s a device that helps us maintain Flow.