The first iteration of Google Glass was a flop with consumers (almost from the beginning), most wearables ultimately go unworn, and even boosters bemoan the state of the current wearable market for consumers.

Amid all the gloom there’s one trillion dollar bright-spot for the wearable marketplace. From the voice activated communication and logistics devices made by Theatro, to the software platforms developed by APX  Labs and Augmate, and the robotic exoskeletons like Lockheed Martin’s Fortis and HULC models or the wearable device from 1MM Corp., a startup just accepted to the R/GA accelerator in New York, for use in warehouses to reduce worker’s injuries.

“Logistics and healthcare are coming up in the marketplace,” says APX Labs chief executive Brian Ballard. “Blue collar and lab coat jobs that got skipped in the mobile revolution are the hot space for smart glasses.” 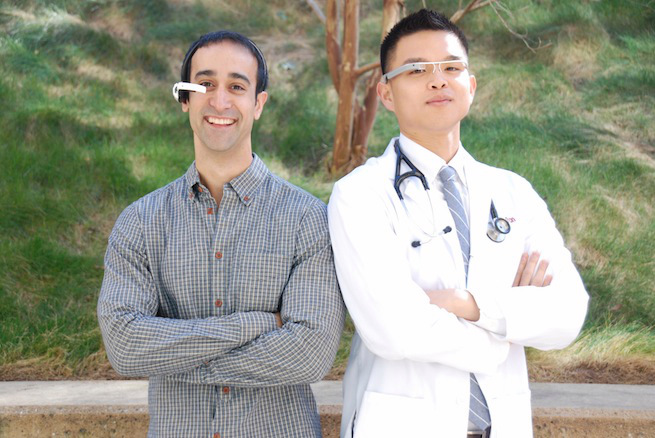 There are business cases for things like a fitbit or smartwatch in the enterprise as well, Ballard says, but the biggest market is smart glasses first.

“Smart glasses on a customer facing use case probably aren’t as inconspicuous as you need to fit that role,” Ballard says, but even in stockrooms or storage facilities, smart glasses can have a role to play.

For now, APX Labs is seeing the bulk of its customers come from the oil and gas and manufacturing markets. ”

Indeed Google has enlisted ten partners for its “Glass At Work” program, including APX and Augmate. Healthcare applications also dominate among smart glasses startups. Pristine, Augmedix and Advanced Medical Applications all specifically target the healthcare industry with their solutions.

Not everyone has given up on head worn computing for consumers. The Osterhout Design Group, which made headlines with the sale of roughly $200 million worth of patents to Microsoft in September, is still targeting consumer markets.

“What we deliver is the absolute state of the art in head-worn computing,” says chief executive Ralph Osterhout. “It’s intended to be a high-speed tablet on your head.”

The tech will weigh 4.5 ounces, and display information at a frame rate of 60 frames per second. The Osterhout wearable will also be fully internet enabled with 4G, Glonav and GPS capabilities.

“The whole world is going to go head-worn. It’s not if, it’s when,” says Osterhout. “The decision has already been made. It’s fait accompli.”

Osterhout’s company made its name developing wearable imaging devices for the military. Think of night vision, target identification, and anything else you might have seen in a Schwarzenegger movie involving robots, aliens, and explosions. “We’ve built and funded and fielded thousands and thousands of handheld computers and headworn display systems for the military in Iraq and Afghanistan.

In the New Year the company may be taking a version of its product to the big International Consumer Electronics Show in Las Vegas and that would most definitely not be for a military buyer.

As Osterhout looks to bring out a consumer product, he’s aware of the troubles that Google has confronted with Glass. “I”m glad they brought some awareness to the head-worn market,” says Osterhout. However, there were several problems with the Google interface, from Osterhout’s perspective.

Forcing users to manipulate the Glass with their hands was one mistake. “For me hands free means I don’t need to tie up my hnds to operate my glasses.

The latest iteration of Osterhout’s technology will likely come in a few varieties. Government and enterprise customers will get a $2,500 for large orders or $4,000 to $5,000 for smaller orders.

Consumers who want to pick up Osterhout’s smart glasses technology will be looking at a price tag under $1,000.

“What’s holding back the smart glasses market? It needs to be modular and fully integrated,” says Osterhout. “You need to be able to stream video, you’ve got to support Facebook and Snapchat. You have to deliver augmented reality too, which is going to wipe across the earth like a tidal wave.”

What won’t work is a bulky device that distances people from their environment,” says Osterhout. “If you’re talking about something that makes you look like a hammer-head shark with wires? Then, no. It’s not going to work.”