As the U.S. National Aeronautic and Space Administration tests new rockets for its manned space program, planetary scientists are already working with reams of data to determine what the next generation of astronauts may encounter.

For the past 25 years, NASA has been working to make the data it collects from all of its planetary missions open to the public and the research community.

Known as the Planetary Data System (PDS),  the site is an archive of data from all NASA planetary missions, sponsored by its Science Mission Directorate.

It’s responsible for archiving all NASA scientific planetary data. All PDS products are peer-reviewed, documented and easily accessible via online catalogs organized by planetary disciplines in the form of the Analyst’s Notebook, a front-end application to help researchers review data on a planetary mission.

The scientific community accesses the data for use in planetary research, analysis and more. In fact, the data is made open to anyone – scientists, astronautics agencies from around the world and the general public – on a regular basis, and the level of detail is staggering, including imagery of all kinds, analysis, charting, even the science team’s own notes.

Why the Analyst Notebook? 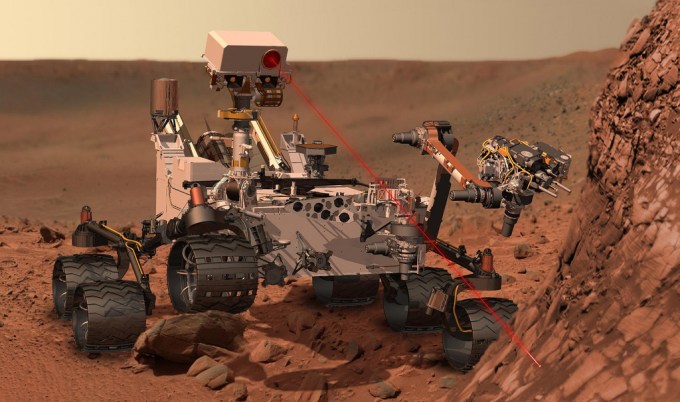 This approach works well for long-term data conservation. However, the Mars Rovers Spirit and Opportunity, and, more recently, Curiosity provided a new challenge.

Because of the nondeterministic nature of these missions, it wasn’t possible to assess the data without understanding the context in which it was collected. Therefore, it was vital to capture any and all data types, to give clarity on the “why” and “how” the data was collected.

In building the Notebook, NASA is able to capture information that is not part of the data archives.

So NASA scientists created the Analyst’s Notebook concept. During early Rover mission simulations in the late 1990s, science teams discovered the need to present all of the data and documents as a logical unit, thus allowing scientists to better understand the bigger picture of landed operations. Better data organization is only a small part of the Notebook though. In building the Notebook, NASA is able to capture information that is not part of the data archives: daily reports, engineering data, maps, activity plans, and context mosaics.

Additional value-added tools in the Notebook provide insight and access to the data archives that are otherwise unavailable, such as specialized data searches, interactive traverse maps, data product reviews, large-volume data orders and the ability to view large images (up to 200 megapixels) on demand.

Using Software to Open Up the Data

A number of software tools are used in creating and supporting the Notebook. It’s a web-based application running on the Microsoft ASP.NET platform. The application is written in c#, with a majority of the code running on the server side. NASA uses Telerik UI for ASP.NET AJAX for framework controls and ESRI ArcGIS for map support.

Uses of the Notebook 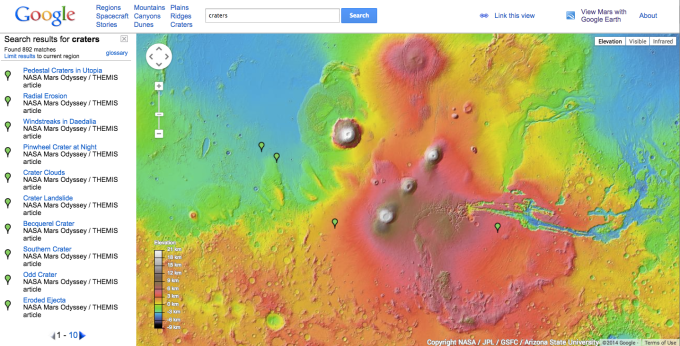 Some scientists use the Notebook to get to data for their research on characterizing the planet’s surface, chemical makeup, or history. Others use it to find data in support of cross-instrument studies. Google Mars has imbedded links to the Notebook. The Osiris-REx team is working on adapting the Notebook to support their mission launching in 2016.

There are myriad uses of the data for science research. In fact, in one week alone I’ve worked directly with four researchers who have used the Notebook to get data for their research.

Without the Notebook, the archives consist of a structured collection of files with little mechanism for finding or previewing the data, much less having any descriptions about the processes active during data acquisition.

Imagine a library with books on shelves organized by subject, but with no titles, no card catalogue, no book reviews, no descriptions on the dust jackets. The only way to find an interesting book is to pull down every book and start reading it.

By making the research available on a regular basis, NASA not only keeps the public informed of activities and strides made in the scientific community (not to mention demonstrating where taxpayer money goes), but also enables researchers not necessarily connected to the missions to continue to make their own strides.

Most importantly, the Analyst Notebook enables meticulous record-keeping so that decades down the road, scientists can review the data and know exactly what mission scientists were thinking, seeing and deducing. This ultimately maintains the integrity of the data and research.

This openness is what can continue to help ensure advancements in the scientific community and future Rover missions.