Parents like to say when it comes to raising kids, small kids, small problems; big kids, big problems. As Uber metastasizes into a transportation behemoth with a gargantuan $40B valuation, it’s learning a similar lesson: larger and more valuable companies face much bigger problems –and Uber, it seems, has become one big trouble magnet.

Just this month alone, Uber was shut down in New Delhi after an Uber driver was accused of raping a passenger. Meanwhile courts shuttered or limited operations in Spain, Belgium, France and the Netherlands. Closer to home, the San Francisco and Los Angeles districts attorney’s offices filed suit against the company. Portland, Oregon is suing them too. In Massachusetts, the governor proposed a more level regulatory playing field for taxis and ridesharing services operating in the Commonwealth.

Uber ran into more public relations trouble in Sydney, Australia this week when its systems began charging surge pricing out of the central business district as people tried to flee the area during a hostage crisis. After they got slammed on social media for taking advantage of the situation, Uber reversed course and offered free rides and refunds, but the damage was done.

What’s not clear is what impact these lawsuits and legal troubles will have on the company’s progress, but Uber needs to learn it’s not some wunderkind, cashless startup anymore. It’s a $40B juggernaut and it needs to start acting accordingly or risk losing its hard-won success.

INVESTORS ARE BLINDED BY LOVE 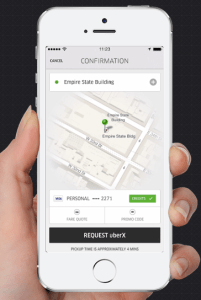 In spite of its issues, Uber remains the darling of venture capitalists, who won’t stop throwing gobs of money at the company.

Uber landed a colossal $1.2B funding round on a $40B valuation earlier this month. Consider that just last June, Uber’s valuation was pegged at around $18B, meaning in just six months Uber was able to boost its valuation by $22B.

At the time of its $18B valuation, Uber was operating in 128 cities in 37 countries. Today, according to the company website, it’s operating in 200 cities in 53 countries. This model has even greater potential because it can spread to every major city in the world eventually, assuming it can clear all of those regulatory and legal hurdles it faces –and that’s certainly not a given.

When you start throwing around those kind of numbers, you are going to get corresponding attention –and Uber is finding out it’s not always positive.

Uber has had so many problems in fact, we put together a slide show documenting Uber’s ten worst screw-ups. Unfortunately for them, it wasn’t that hard to find 10 pretty horrible incidents involving the company.

Of course, some of Uber’s wounds have been self-inflicted as the company’s reputation for being arrogant seemed to grow with its valuation.

Last month BuzzFeed reported on a plan by the company to hire investigators to dig up dirt on journalists. In the process, it became clear that Uber was collecting tons of data on its passengers. What’s more, it didn’t have a clear privacy policy in place. The company didn’t help its case by allegedly calling its data collection and viewing tool ‘Godview’ (because employees could see the riding patterns of any passenger in real time and dig up dirt if they were so inclined). Compounding the problem, apparently Uber employees were using this tool for their own pleasure.

For many users, the BuzzFeed report was the last straw. The problem for many including me is that in spite of the horrible reputation that has preceded it, Uber has come up with a great idea and executed it well –and so far, the bad news doesn’t seem to have made much of a dent in its business. 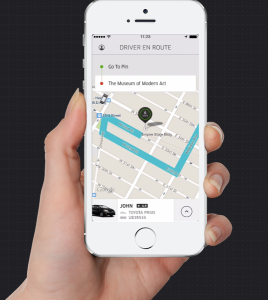 As one Uber driver (and former cab driver) told me, he preferred this model to scanning the sidewalks looking for customers. Instead, the customers came to him and he saw this as a much better way to earn a living.

But a survey taken right after the BuzzFeed report about investigating journalists surfaced, found that the news upset drivers too. In fact the news was upsetting enough that 13 percent of drivers reported they would stop driving for Uber, while 32 percent said they would drive less. It’s hard to know if that was ‘heat of the moment’ responses because it’s easy to forget politics if you’re making money, but it does show that Uber has to be careful not to alienate either the driver or passenger constituencies because the business pivots on keeping both of these groups happy.

Furthermore, drivers often work for multiple ridesharing services. If Uber annoyed them enough it is possible they could just ignore them and that could begin to hurt the company at some point because it relies on a big network of drivers to be effective.

A DIFFERENT KIND OF DIGITAL STARTUP

Arun Sundararajan, a professor at NYU’s Stern School of Business who studies the sharing economy points out that Uber faces a different set of external pressures than the average Silicon Valley software company.

“Uber is [among] the first real-world disruption with digital technology,” he said. He contrasts this with Facebook, Google and Twitter which weren’t directly upending any existing business model the way Uber is. He points out the employees at all of these companies come from the same talent pool, but Uber must deal with a lot of different issues as it establishes itself because it’s taking on an existing business. And they aren’t necessarily well prepared to do this.

That could explain why every time Uber goes to a new city, it faces more problems as the established taxi industry tries to drive it out, threatened by the ease of the model and growing competition for passenger dollars. This takes the form of protests and in some cases, even violence as Uber cars and drivers were reportedly attacked in France when the ride service tried to take hold there.

Uber clearly has battles going on several fronts and as a company that’s coming in and blowing up an established industry model, the last thing it needs is to give the taxi industry ammunition to use with press and politicians who might not get the beauty of the notion as well as consumers who have used it. When a driver or the company behaves badly, it forces Uber into a defensive position, and so far it hasn’t steered smoothly through these crises .

Uber has certainly recognized this huge PR problem though, even before this month’s latest round of troubles. In September in an interview with Michael Arrington at TechCrunch Disrupt (Arrington’s CrunchFund is an Uber investor), Uber CEO Travis Kalanick tried to display a kinder, gentler side, but he’s learning it takes more than words on stage. He needs to lead by example and execute a more humble culture internally.

TIME TO GROW UP

As Jon Evans wrote in Uber Über Alles on TechCrunch last month, Uber needs to settle down and recognize that cultural issues matter in spite of the mixed messages it might get in Silicon Valley:

“Valley culture probably needs to take some of the blame here. On one hand, we stress “growth at all costs,” and then we’re shocked, shocked! when founders actually take that to heart, even when those costs include things like “values” and “ethics.” And Uber’s astonishing hypergrowth is apparently blinding them to the fact that they are developing a fantastically unpleasant corporate reputation — in an industry where trust actually matters quite a lot.”

For now, Uber’s learning that getting the money and the big valuation is one thing. Dealing with all the fallout of having a target on your back is another and Uber needs to develop a higher level of internal responsibility and sophistication that comes with this kind of success.

Uber also has to learn to walk more softly and navigate the legal and regulatory minefield that is only likely to get worse, the bigger and more successful it becomes. The more desperate the taxi industry becomes, the harder they will go after Uber and it has to deal with this intelligently and limit the public relations blunders going forward.

Uber has already overcome a huge obstacle by emerging as the most popular ridesharing service in a crowded field. It has money, brand recognition and marketshare. Now it has to figure out a way to not screw that up and mature into a successful company. It has all the pieces in place if it can simply overcome its own internal arrogance and grow up. With all it has going in its favor, it would be a shame if it failed to do that, but given its track record so far, it’s also clear the company has a long way to go to get there.