Mark Zuckerberg’s Facebook profile has come under attack from a large number of online trolls who are taking advantage of the opportunity to leave comments, including stickers, photos and other “meme” images, on the Facebook CEO’s public posts. The attackers are largely based in Brazil, and their barrage of comments and jokes have continued for several days now, nonstop.

We’ve heard some reports, via tipsters, that the attack started as some kind of protest against the low reach of Facebook Pages, but that remains unclear. The messages and comments currently visible don’t speak to any specific agenda or complaint against Facebook or its founder, but rather seem to be random, and sometimes bizarre, posts typical to spam attacks instigated by trolls. 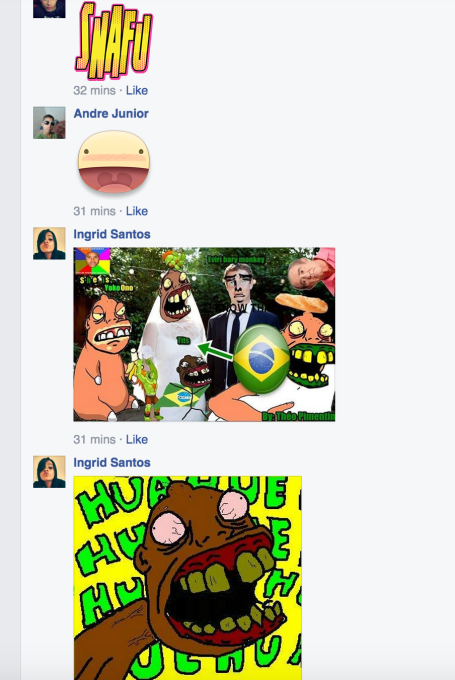 The trolling is taking place on older posts which are further back on Mark Zuckerberg’s Timeline. It appears the attacks began in the comments section of a post in May 2012 where Zuckerberg added a “life event” announcing his marriage to Priscilla Chan.

There are now nearly 2 million Likes on that image and 186,400+ comments, most of which are now nonsensical photos and memes, stickers and other random comments. Few commenters are leaving any text comments of their own. 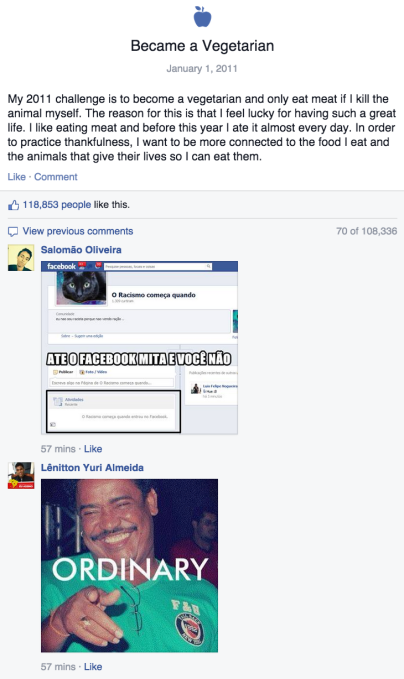 Another post – this one where Zuckerberg announced he became a vegetarian in January 2011 – is also seeing massive abuse, with now over 108,000 comments. Some of the commenters have even begun leaving images that say things like (roughly translated), “this trolling is out of control.” Many also just say “come join the ‘zueira,'” which basically means trolling or disorder. “Trolling today, trolling tomorrow, trolling forever” reads one. “Go go go zoeira” proclaims another.

While it’s unknown at this time who started the trolling or why, one link in a news article pointed to this Facebook group titled “Flood that Mark” (translation via Google Translate). The group currently has 1,153 members and instructs them, in Portuguese, to participate in challenges and reminds them “what happens in the group, stays in the group.”

The group’s banner image include photos of Zuckerberg, his wife and an image that is regularly seen in the trolls’ Facebook comments. One commenter on a Brazilian news site said the group would not stop until it reached a record number of comments.

We’ve asked Facebook if it was aware of the abuse, and what, if any, actions it’s planning to take to stem the flood of comments. We’ll update if Facebook responds.

Update: Facebook has not responded, but a number of tipsters have said the trolling is “only a joke,” and definitely not a protest of any sort.