Facebook gets a lot of flack for copying Twitter features like Trending Topics, but today it’s evolving its version now on Android and web, and coming soon to iOS. Each trend is divided into five sections: News articles, a “Live Feed” of real-time chatter, posts by people “In The Story”, posts from people “Near The Scene”, and post from friends and Groups you’re in.

The new sectioned Trending Topics on web and mobile replace Facebook’s old news outlet-heavy topics that felt a bit sterile, but help sift important posts out of the endless mentions you’d find in a Twitter search. Trending Topics product manager Andrew Song tells me “There’s a ton of content on Facebook. We want to make it easy for people to find these perspectives.”

The “Live Feed” is an especially big step for the social network as it tries to steal Twitter’s crown as a place for real-time news. Facebook’s  lack full public post search and  algorithmically sorted feed make it too slow for following reactions to breaking news or sporting events. While you can’t see a Live Feed of just any word or hashtag, just Trending Topics, Facebook is finally starting to unlock the content its 1.35 billion users share moment by moment.

Facebook officially launched Trending Topics in January 2014. But what was strange was that though the feature was inspired by Twitter, there’s been no mobile version until now.

Instead, Facebook used the extra space in the top right corner of its desktop homepage to actually explain what each Trending Topic meant. On Twitter, you often have to guess or dig to determine what a jumbled hashtag means. On Facebook, while you might think “The Pirate Bay” is a Disney ride, it explains the topic is trending because “Swedish police reportedly raid file-sharing website’s office; site goes offline”. 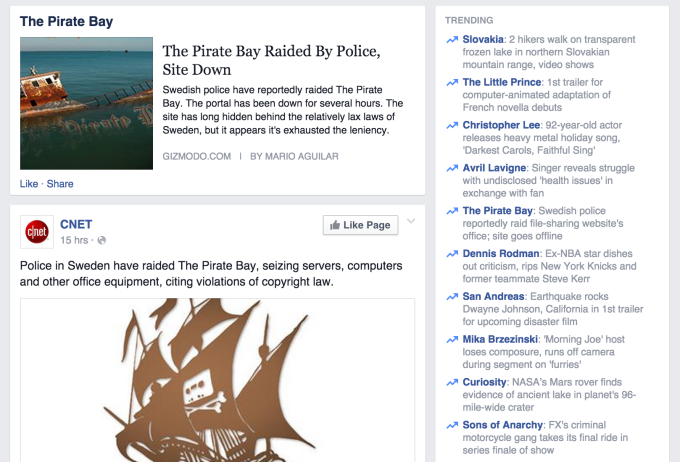 But once you clicked through, Facebook usually just showed a slew of articles by different outlets all rehashing the same news, with only the occasional post by a friend or random stranger included. It felt like the word on the street, the din of the crowd was missing. 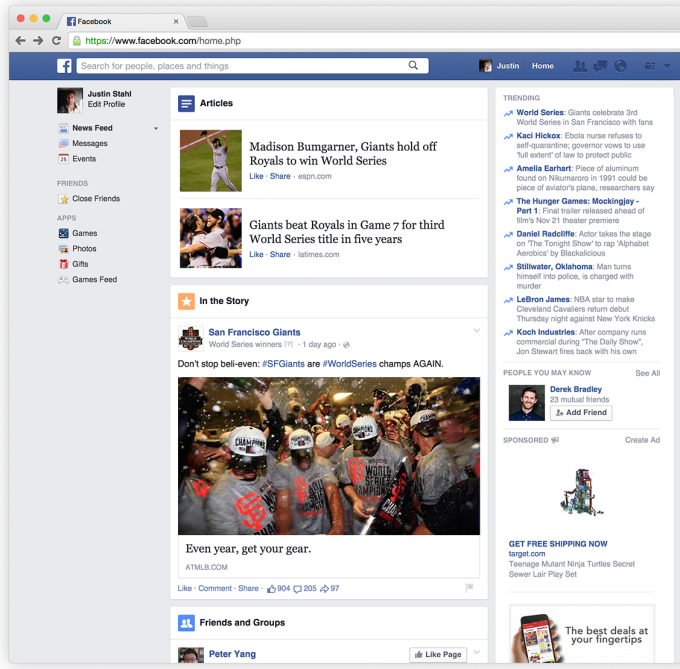 “Right after we launched the initial version of Trending, we spent time asking what types of things they were interested in seeing” Song tells me that. Facebook learned that “There’s a lot of good content shared publicly but it’s really hard to find on the page.”

The types of content people said they wanted to see led Facebook to split Trending Topic pages into five categories. 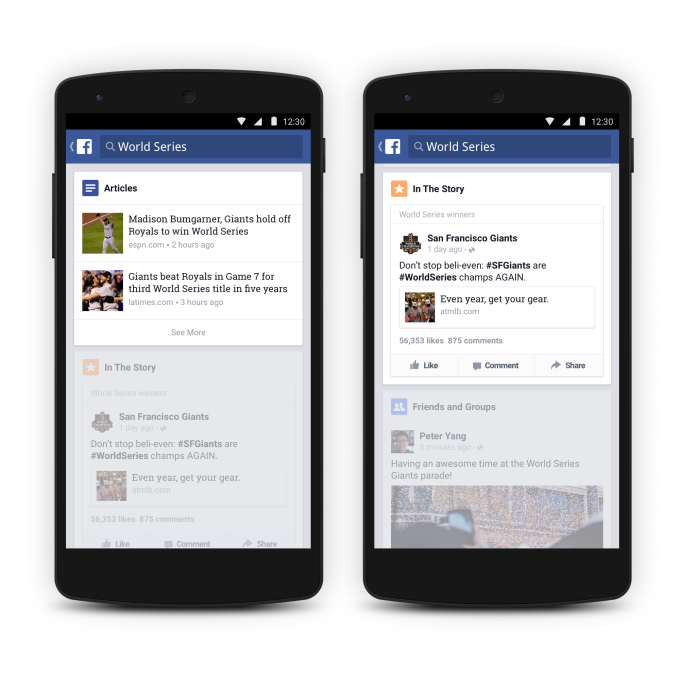 Song concludes that “When people visit a trend or event they want an overview of what’s going on, but [also] the reactionary feel. Live Feed was really the right expression of that.” It’s a way for Facebook to show “how people were reacting and how people are sharing without compromising the ability to get an overview.”

Twitter will always draw real-time news because real-time is how content is always displayed there. But while you can get the true pulse of the world on Twitter, people might come to Facebook for a more diverse set of vantage points on a story.