Mesosphere, the commercial entity built on top of the open source Apache Mesos project, announced some major milestones today, starting with $36M in Series B funding along with the early release of what they are calling the first data center operating system.

The round was led by new investor Khosla Ventures with additional funding from Andreessen Horowitz, Fuel Capital, SV Angel and other unnamed investors. The latest funding brings the total investment to-date to $50M. 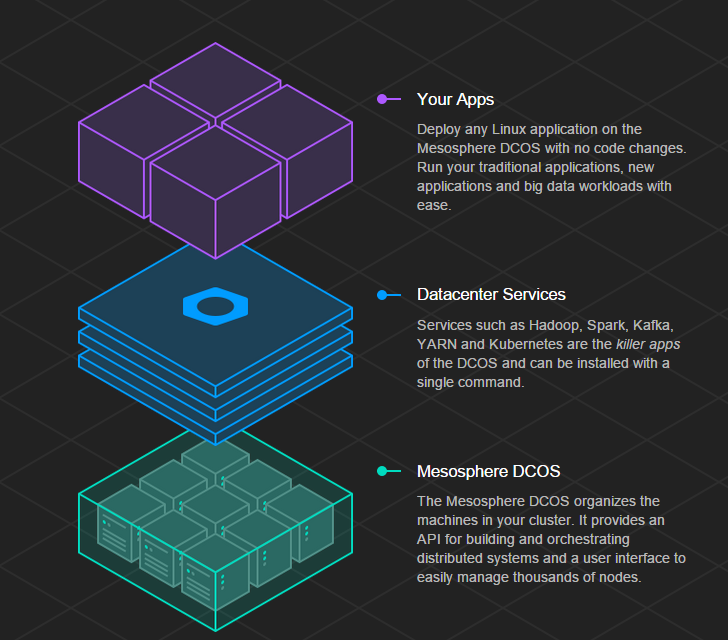 The virtual machine allowed you to make the best use of your resources on a single machine, but Mesosphere wants to take that concept a step further and allow you to apply that same principle to the entire data center. Because today’s applications tend to work across multiple servers, no matter how many ways you break down a single machine’s resources, it’s just not going to suffice anymore.

By applying this virtual machine concept across the entire data center, you create a single pool of resources that you can manipulate any way that you like and this could be a powerful capability for system administrators. What’s more, this ability to virtualize the entire data center dramatically speeds up the time it takes to spin up server clusters from days or weeks to hours or even minutes, depending on how large the cluster is you are trying to create.

The virtual resource pool is designed to span thousands of machines. In fact, Mesosphere mentioned a reference customer running 50,000 nodes on DCOS, and they believe they can scale to 500,000 nodes by the end of next year.

Administrators can operate the DCOS from a command line or use a graphical user interface to quickly drag and drop resources from a library to the command line panel. This  gives administrators the ability to start multiple instances of any software in the library very quickly. The library includes popular open source products by default such as Apache Spark, Apache Cassandra, Apache Hadoop and Google Kubernetes, or customers can add internal software packages. 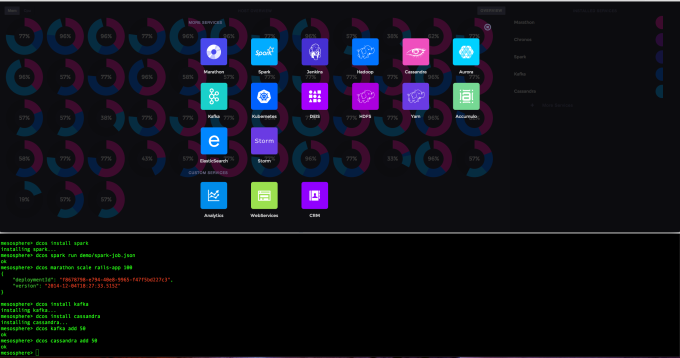 Mesosphere said DCOS will be generally available next year, but there is an early access program now.