Suddenly, music is a business again. After years of wallowing in the post-Napster/iTunes era, streaming is beginning to take hold and everyone’s phone is now an iPod. So while Sonos has been in the smart home audio business since 2002, now’s the time to push for mainstream adoption.

So to stay focused on its business and push back the need to IPO or get acquired, Sonos just did a secondary sale to let employees and early investors sell off equity in exchange for cash, according to according to an SEC filing.

[Update: Sonos initially declined to comment on the news when we inquired. We originally printed that it raised $130 million, but the company now says “The funding is just a secondary round strictly raised as a part of our ongoing liquidity program for employees, not a new round of capital.” So rather than adding to its $325 million in existing funding, it’s giving equity holders a chance to cash out.]

Sonos is still a very, very well-capitalized startup. It’s so big that probably no one but Google or Apple could afford to acquire it. Considering Apple’s personal audio buyout of Beats’ headphones business, and Google’s invasion of the smart home, either could be a smart alternative to an IPO for Sonos. Thanks to the secondary sale, Sonos doesn’t need to jump into going public soon, as its created a release valve for liquidity pressure from employees and investors.

The company hasn’t been too flashy lately, even as Spotify’s big fundraising and Apple’s $3 billion acquisition of Beats made news last year. Instead, Sonos has been steadily improving its core product — home stereo systems where each room can be separately controlled to wirelessly play music from online and local sources. 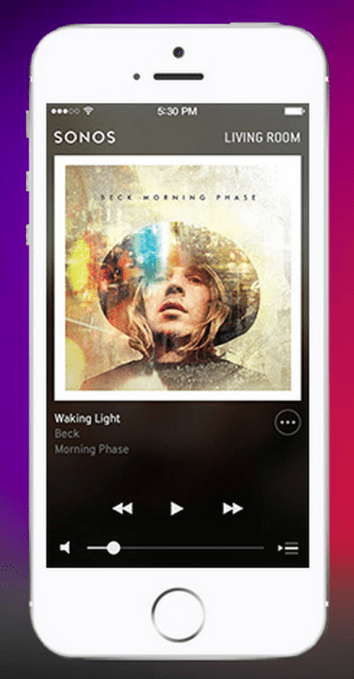 It ditched its proprietary controller to let you use iOS and Android devices as remotes, and eliminated the need for its “Bridge” gadget that you had to plug into your wireless router. Alongside Spotify, Pandora, iTunes, Deezer, Sirius XM and your own music library, Sonos recently added support for SoundCloud and Google Music.

What’s left is to become a household name. And since the Sonos experience is so fun, it just needs to infiltrate different groups of friends. That way when they all rock out at someone’s Sonos-equipped house, they go home wanting to buy their own.

Beyond marketing, Sonos could look to deepen its R&D, building out new home speaker systems and boomboxes. Now that everyone has music players in their pockets, Sonos could win big as people look for ways to turn streams into sound that follows them around the house. This critical moment is better spent doubling down on its product and marketing than dealing with the circus of going public.