To the five boroughs: you’re getting free, superfast Wi-fi.

That’s right, New York City’s public spaces are going wireless thanks to a public-private consortium that’s bringing gigabit wi-fi connectivity through something called the LinkNYC network. The city estimates that the new Wi-fi capability, funded by advertising, will generate at least $500 million in revenue over the next 12 years.

The LinkNYC network is being put together by a consortium called CityBridge together with city government. CityBridge’s main players include the transit advertising company Titan; the advertising and design agency, Control Group, networking giant Qualcomm; and hardware manufacturer Comark. Partners on the New York side include the Mayor’s Office of Technology and Innovation and the Department of Information Technology and Telecommunications.

The LinkNYC network will be more than 100 times faster than average municipal Wi-fi and 20 times faster than the average home internet service in NYC. People will be capable of downloading a two-hour high-def movie in as little as 30 seconds, boasts the City’s press materials announcing the network.

Construction on the network of LinkNYC kiosks will begin in 2015 and the first structures will be running by the end of that year, according to the city. New York is planning to install up to 10,000 Links across the five boroughs. 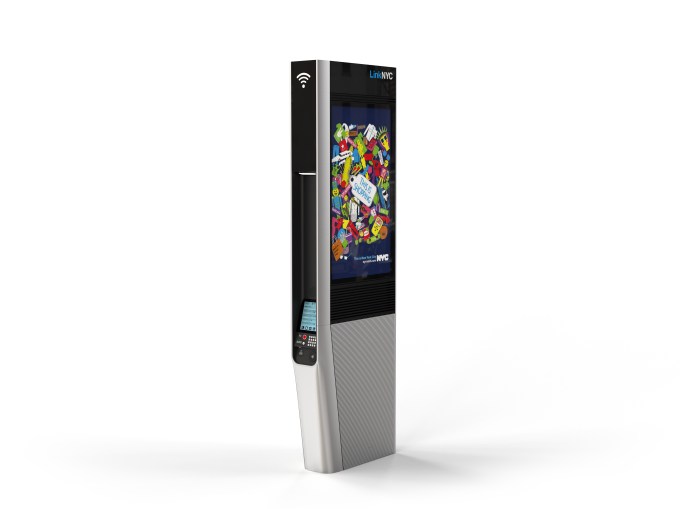 So what is it? Think of the Link as a kiosk to replace the city’s old telephone booths. They’re designed to enable wireless connectivity, but will also have interactive components and display advertising.

Among the many features of the LinkNYC terminals are free phone calls to anywhere in the U.S., a touchscreen tablet interface to access city services, interactive maps, free emergency and information calls, charging stations and displays for advertising and public service announcements. Basically the only thing LinkNYC can’t do is pay your subway fare or tell you the best place to go out on Halloween.

And for those security-minded folks out there, the Link network will be one of the first municipal Wi-fi services in the country to offer an encrypted network connection.

As part of its commitment to the city’s economy, the CityBridge consortium has also committed to build a facility for making the Link devices in New York. THe LinkNYC program is expected to create 100 to 150 new full-time jobs in manufacturing, technology and advertising, plus another 650 support jobs, according to a statement. 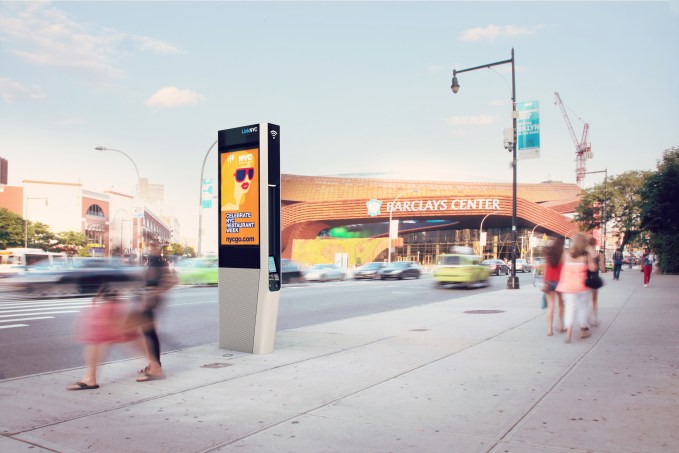