There’s a good chance you’ve already heard about HowAboutWe, the latest startup featured in our TechCrunch TV series Built in Brooklyn — not just if you use the service yourself, but also because it was acquired by IAC a few months ago.

To be clear, this episode won’t tell you what the company has been up to post-acquisition, because we actually recorded it back in April. (Yeah, we’ve been shooting this series for a while.) But aside from a recording a new intro to avoid confusion, we decided to run the episode as-is, because it captures where HowAboutWe was right before acquisition — and how it got started in the first place.

In the episode, co-founders Aaron Schildkrout and Brian Schechter told me about how they used to work as teachers, saw the growing impact that the Internet was having on their students, and started to think about creating an Internet startup on their own. 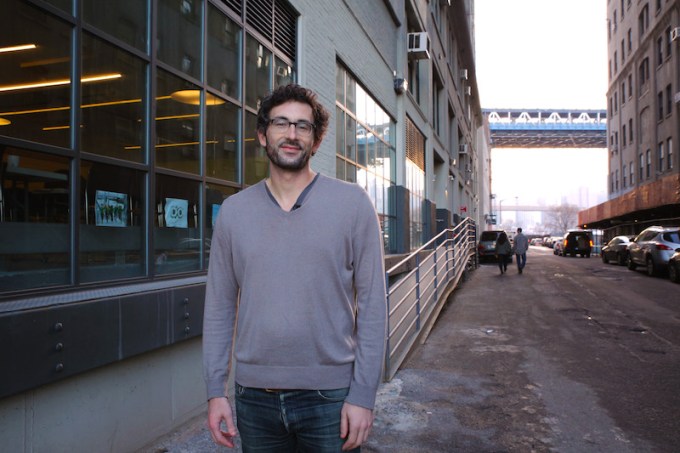 As for why they focused on dating specifically, Schildkrout said, “We wanted online dating to not be so much about being online. We wanted to be about getting offline, about having real experiences, meeting new people in the real world, not just sort of endlessly poking and winking online.”

Now, I doubt there are many online dating services that would say they don’t want people to connect in the real world, but that kind of connection baked into the HowAboutWe concept — singles can connect over date ideas posted on the service, while couples can find activities that they can do together.

And the pair said they went out into the real world to promote the service initially, handing out fliers at the Brooklyn bar Union Hall and conducting man-on-the-street-style interviews. 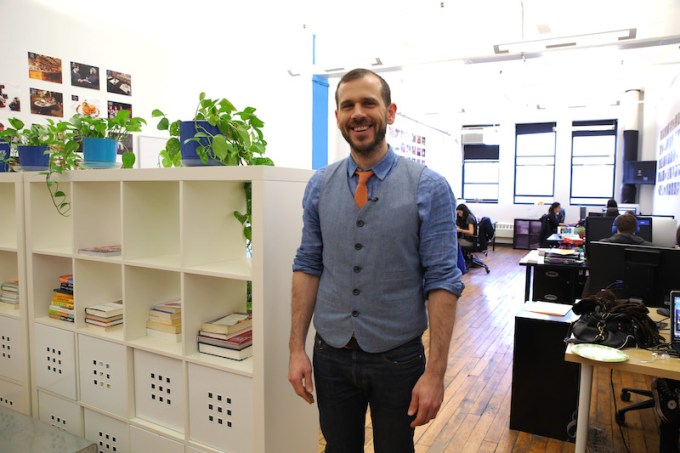 Schechter also had one of the snappiest answers to explain why they started the company in Brooklyn, and how the neighborhood has changed. He told us:

Dumbo, Williamsburg, neighborhood after neighborhood throughout Brooklyn is being revitalized and reinvented in some ways through the growing tech industry here. We came to Dumbo, we’ve seen the neighborhood grow tremendously since 2010 — masses of people coming off the subway every morning, when it used to be just a small number.