Today marks the soft launch of the The League, a Tinder-esque dating app that adds a layer of class-awareness (or at least job status) for those looking for true affection in their mobile dating experience.

The pitch from The League’s founder and chief executive, Amanda Bradford, is that by adding LinkedIn and geolocation data about what someone does and roughly where they live to the profile, app users get a bit more of a sense of who a person is — and whether they’re someone to date. 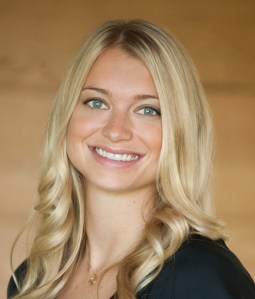 The idea came to Bradford just about a year ago when she noticed that everyone single in her network was using Tinder. “I found myself single and I figured it must be this really cool thing if everyone was using it. [But] I got a little bit uncomfortable that everybody and their mother could see you on the app.”

For Bradford, and other professional women, there’s a risk that some of those potential matches on Tinder could be co-workers, or business partners, and she began mulling how to create an app that would weed out potential business connections or colleagues. “It’s a weird situation as a female in a male-oriented work environment. You want to keep your work brand and your dating life separate.”

Bradford, who’s had stints at Google and Salesforce.com, began developing the app as she was finishing up school at Stanford’s Graduate School of Business. Her professor and advisor, Robert E. Siegel, an adjunct whose day job is investing with Xseed Capital, worked with her on the company and is now an investor.

“[With Tinder] you’re swiping based on whether you think someone is good looking or not,” says Bradford. “In my relationships, I’m attracted to things like ambition, and what people do in their free time. Whereas Tinder is basically a glorified hot-or-not.”

People have been buzzing about The League, since before its beta launch, and the app already has roughly 1,000 beta users primarily based in San Francisco. 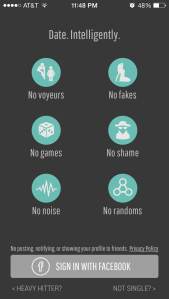 For now, members are recruited through a referral and application system where the decision on who makes the cut is predicated on education and what field someone works in. Anyone who’s particularly concerned about privacy, or wants to survey a broader field of potential matches can pay $15 a month to become what the app terms a “heavy hitter”. That service allows folks to edit the work information they want to display, people who are rejected never see he users’ profile, and people that are invited by “heavy hitters” are prioritized on the app’s waiting list.

Despite the obvious emphasis on careers, Bradford stresses that she’s trying to be more egalitarian with the app. “We don’t want to be Ivy League and we don’t want to be just CEOs,” she says. “But, I guess if you have to choose between superficial and elitist, I choose elitist. Any app that shows what people are and how they spend most of their day is less superficial than a game of hot or not.”

The app is initially launching in San Francisco and will roll out in different geographies using people from around the country who have expressed interest in the app. “There are people looking to bring us to Chicago, Boston, LA, and New York. We’re really trying to leverage that into our customer acquisition strategy.”

Investors are coming on board now, too. Bradford has so far managed to raise an undisclosed amount of pre-seed financing from Xseed and Cowboy Ventures, and is raising a full seed round now.

“I think this app is celebrating people who have more going on than just looks. This is a great app for people who are passionate and ambitious,” Bradford says.