At a recent event on its Redmond campus, Microsoft executives explained their views on the future of productivity to a small press cadre. The company’s CEO, Satya Nadella, opened the day’s happenings with an explanation of the company’s core focuses, listing platform work, and productivity itself as two of its chief efforts.

The executive indicated that productivity isn’t the core Office apps in a narrow sense, from his perspective, but something broader:

“So that platform notion in everything we do, from Windows to the cloud and even in Office 365 where you layer things such that it is built like a platform is definitely a sensibility that’s at the core of this company and that’s something that I want us to express. But the other core sensibility we have in this company is productivity. And I don’t think of it as some narrow thing that you do at work. To me it’s not a single software category but it is the software category. “

How does the company define the somewhat amorphous term ‘productivity?’ Nadella boiled it down to following: “It’s really about the empowerment that I get when I use this technology to go get stuff done.”

That’s a new mantra that you will hear from nearly any Microsoft executive: Get stuff done. Sometimes they even use a different s-based word. This slogan extends across product categories, of course. A simple example of that is how Microsoft has positioned the Surface Pro 3 as a tablet that will let you get stuff done.

Productivity is therefore something far broader than using Word on your laptop. But before we dig into what the company is building now, wants to build next, we have to rewind.

How do you work? Every person has their individual flow, carved out from years of practice, and habit. But there is commonality in two ways: The way we work can evolve in unison — when new device or software category springs into life — and there is broad use of similar apps and services across industries.

Put another way, we all use mobile phones now, and started to do so nearly at once when they became powerful devices that we could not live without. And, we all use browsers, different versions aside, regardless of what industry we might work in. 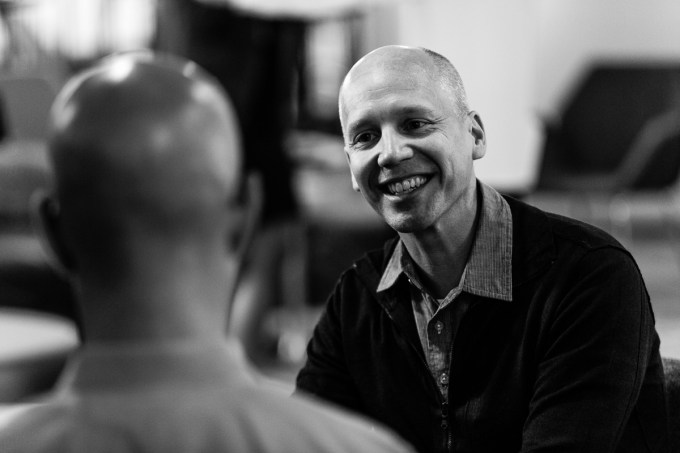 Microsoft’s Office apps have enjoyed decades of dominance in the productivity market. That’s changed in recent years, as Office remained a key product, but services like collaborative document editing in the cloud, along with mobile, single-use apps became popular.

Office is a tectonic profit source for Microsoft. To protect that, the company has worked for years to transform the Office that made it billions by selling its constituent apps either standalone, or in a bundle, into a cloud service, delivered on a subscription basis. It hasn’t been a simple task for the company, and it isn’t a completed effort either. Office 365 is seeing quick early growth among both corporations and consumers. You can infer that Microsoft is happy with Office 365’s top line expansion by its highlighted performance in earnings reports, for example.

But the company appears to understand that the triumvirate of Word, Excel, and PowerPoint is not a solution for all of the future. Office in that sense still matters — you can look at the massive download rate of the Office apps on iPad as evidence there — but selling ‘Office in a Box’ is not a business model that will work in perpetuity. And those pieces of software are tools that will decline in terms of their share of productive work as other, more nimble, cloud-powered tools become even more prevalent.

So, change is required.

Building Products For The New Productivity

If productivity is the process of getting things done regardless of platform, location, and the like, traditional Office apps — which find their purest use in desktop computing environments for large screens — will not be able to deliver the growth that Microsoft wants to try to control in the future of productivity. The subtitle that the company attached to its event belied the fact — it was called “Reinventing Productivity.”

What does that look like? I think that two products best underscore the idea, at least from the perspective of what Redmond is building, and its vision as best as I understand it are Sway, and Cortana.

Sway is a new service from the company that fits somewhere between Word, and PowerPoint, but with a number of key differences. Yes, it involves text, and images, and a presentation flow, but it’s a cloud-built service, and doesn’t generate a traditional file, like a .docx. You can embed a Sway in a website, but the current version of the product creates a URL that you can share with other people. You build Sways in your browser, and, soon, in apps on your phone.

So, Microsoft has fused elements of its traditional software into a service that it can dole out to its users wherever they are. It isn’t a derivative intended to be a me-too experience that sits somewhere, far below the formerly core Office apps. Kirk Koenigsbauer (pictured above), a Microsoft Corporate Vice President, said the following during the proceedings:

[Sway] is a product that is inherently collaborative and inherently social, social in the sense that you can include social media feeds as a part of the Sways that you’re creating, as a part of these modern documents.  Social in the sense that multiple people can be collaborating in real time on a single Sway, which is great, in the way we talked a little bit about collaborations being core to authoring is so, so key here.

So Sway is a collaborative, social experience that has a strong mobile component. Those aren’t words that applied to Word, Excel, and PowerPoint for nearly all of their life.

Pushing further away from the traditional Office apps we find Cortana. Cortana is not merely something you talk to if you are a Windows Phone user. Instead, it’s aiming to be a communications and intelligence layer for all of Microsoft’s platforms. The company’s Chief Experience Officer and former devices boss Julie Larson-Green (pictured below) said the following:

And so if you start thinking about applying the notion of Cortana as this kind of command line to your world, you can imagine speaking to the room, “hey, Cortana, dim the lights;” or “hey, Cortana, did I do that exercise properly?” I was telling Peter about how the band has the capability with the altimeter to be able to tell you whether you did your pushup correctly or not. So you can imagine all kinds of scenarios when you put together the device, the hardware with the software in the kinds of things that we connect and the machine learn over.

Provided that Microsoft can execute on its idea of making Cortana the “command line [of] your world,” it will in fact help me “get stuff done,” fitting neatly into Nadella’s previously stated vision for what productivity is. 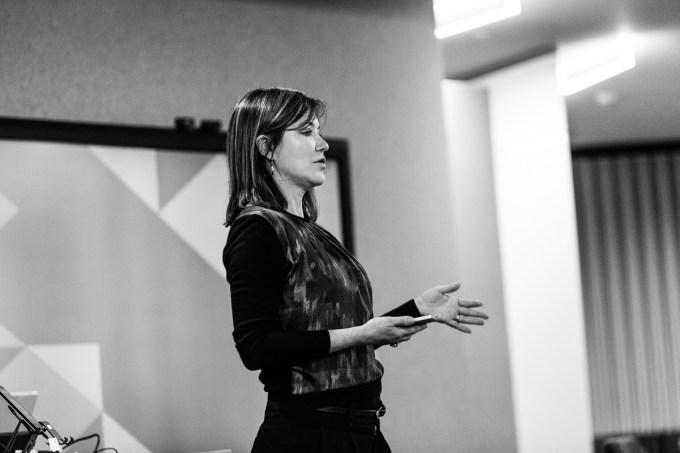 But compare Cortana to the original Office, and you can see how far from its past the firm is going. You can add a small note to that the Microsoft has plans to use machine learning, predicated on its compute platform Azure to improve all of the above, but those efforts appear more nascent for now. Sway and Cortana are products in the market today that you can use.

The Importance Of Mobile

I picked Sway and Cortana out of the mix of products that Microsoft is building under the larger Office rubric because they are both very much mobile-focused services. Cortana was born on Windows Phone, and the company is building out mobile apps for Sway. Presumably Sway will see more mobile usage than desktop, due simply to the fact that mobile is the current computing growth sector.

Nadella hit on that fact, noting that the company expects its next crop of Office users — and thus Office revenue — to not only be mobile-centric, but mobile-first:

“And then one of the other things is for those of you who travel to emerging markets, I’m sure you see this a lot more of what people do in terms of actual work on big screen phones. To us that’s a big, big driver of what we want to be able to achieve with these, because that will be for the next billion people the first introduction to Office.”

I think then that we can safely say that the share of use that all Office apps will see, regardless of their age, will become quickly a more mobile than desktop experience. So, things like Cortana and Sway that were born with mobile in mind may help drive share for Microsoft, provided that they are built to a quality level that commands end-user attention.

That ties into the company’s shifting development patterns that are more outward facing, and iterative, but that’s a separate story.

Microsoft has packaged its traditional Office software alongside its new, cloud-powered productivity tools inside of Office 365. So, what Microsoft thinks is next is sold along with what works for everyone today. That intertwining might help the company allow new apps to take usage share from its older apps over time, if what is new can extend, partially supplant, and perhaps even replace old Office.

Microsoft’s bet is on new apps, and re-built versions of its traditional apps for all platforms, anywhere. The revenue performance will dictate how well the market receives its efforts.

Images: Microsoft. Author’s note: Press was not allowed to take images during the event. Microsoft only supplied a handful.