Will Santa stuff children’s stockings with smartwatches this holiday season? That’s the hope for Filip Technologies which is today launching its FiLIP 2 smartwatch for kids at AT&T stores and online at ATT.com for the discounted launch price of $99.99. The watch, which is essentially a small smartphone strapped to the wrist, is one of the first “wearables” aimed at kids to hit mass production. The company previously offered an earlier version of this same device, just called the FiLIP.

The watch is enormous, which, though I don’t have one yet to test with my own child, looks like it could become uncomfortable to wear after some time on little wrists. But strapping something onto a child makes more sense than asking them to remember to carry around a phone – kids often forget and lose things, so a wearable item at least addresses that problem.

That said, though clunky it’s also sort of cute with its slip-on style enclosure, two big buttons, and an array of bright colors to choose from. In emergencies, kids can press and hold one button to trigger an automatic location beacon, kick on ambient sound recording, and call and SMS the primary number associated with the account stored on the FiLIP 2. If that person, likely mom or dad, doesn’t answer, the watch immediately begins calling the remaining contacts one at a time until someone does. 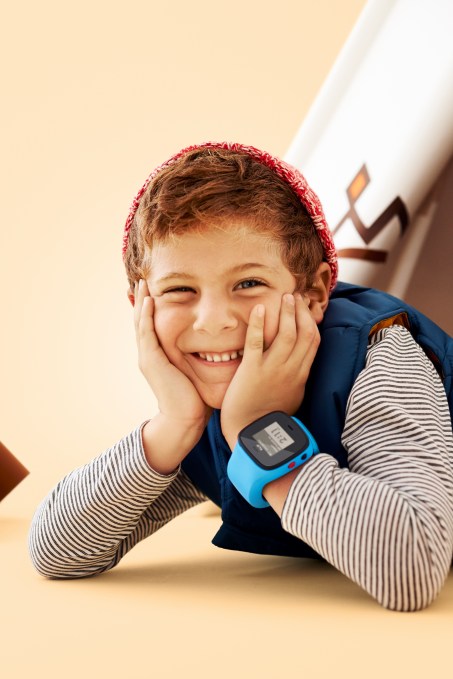 Parents can also set up “SafeZones” (geo-fences) around places like home, school, the playground or neighborhood, and be alerted when the child enters or leaves the area. A “smart locator” function also continually tracks the child’s location and plots it on a map using a combination of GPS, GSM and Wi-Fi.

Beyond the safety features, the everyday usefulness of the device is that the FiLIP 2 smartwatch functions as a phone. Parents can pre-program in five numbers that the child can call and receive calls from. The child can scroll through the contacts and then pushes the button to phone them, as needed.

Meanwhile, the device can be configured and controlled through the accompanying mobile app that works with the FiLIP and FiLIP 2, the later model launching today. This newer watch has improved durability, a redesigned, closeable wristband and comes in new colors, the company explains.

The iOS app that works with the FiLIP watches has been updated, but the new Android app won’t arrive until later this year. 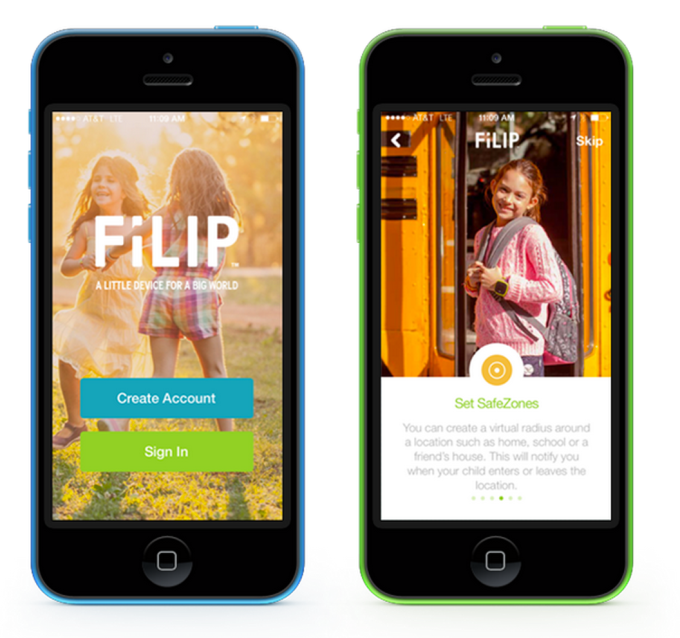 The watch is on sale for $99.99, but will eventually retail for $149.99 when the promotion ends after the holidays. Meanwhile, the monthly AT&T data plan for the watch is an extra $10/month. Customers can add the FiLIP 2 to an AT&T Mobile Share Value Plan (minimum plan starts at $20/month) for additional $10/month, or activate on a Data Connect Plan for $10/month.

The FiLIP 2 is meant to fill that gap in between the time when a child is too small to sent out to play by themselves, and yet still too young for their first smartphone. It’s aimed at kids under 11, the company has said. 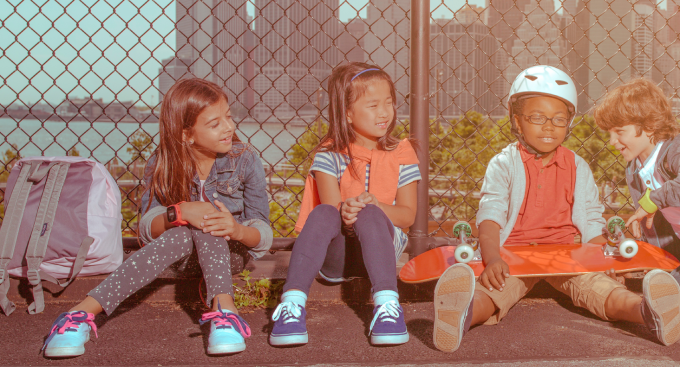 The decision to electronically leash up your child like this can be a bit controversial, too. After all, many of today’s parents remember a childhood with a lot more freedom and much less supervision. But thanks to the web and 24/7 news channels and sensational reporting on violent crime and sexual predators, the world seems scarier today than in the past – even if the reality is that violent crime has been dropping in the U.S. over the years.

Parents today are overwhelmingly concerned with the safety of their kids, but outside of those whose children have special needs, it may be right to at least question if the convenience of devices like this outweigh the downsides of a world where children never get to experiment with true independence – if only for a 20-minute bike ride around the block. It’s the choice each parent has to make for themselves, and neither side should judge.