Facebook reaches around 150 million users per day in the United States, and today it’s using that immense power to get people to vote in the mid-term elections. As it’s been doing since 2008, Facebook is showing a “megaphone” announcement atop the News Feed telling people to vote, with a list of friends who said they’re voters and a heat map of voter activity across the country.

Beyond clicktivism, Facebook is actually helping people get to the polls by showing them the nearest locations they can vote. For the first time, the announcement will be shown in languages other than English, including Spanish, Chinese and Korean. And for 2014, Facebook is expanding the “I’m a voter” button in other countries with elections like India, Brazil, and Indonesia. 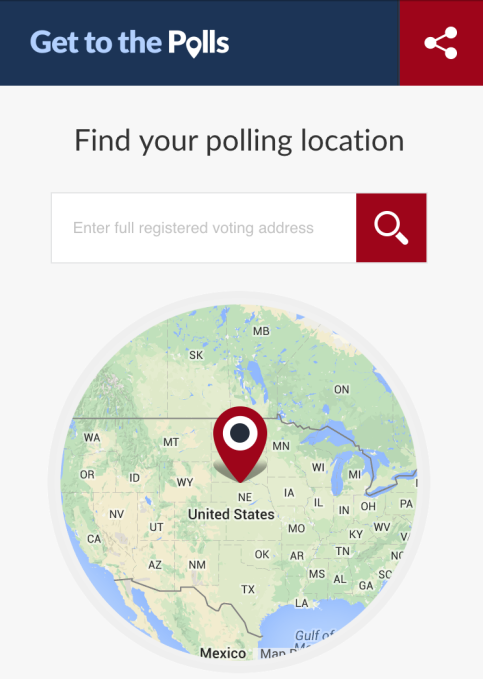 Employing its reach to encourage civic engagement also raises questions about whether Facebook is a neutral party. I was there back in 2011 when Mark Zuckerberg led a Town Hall discussion with Barack Obama at the social network’s headquarters. I watched as Facebook employees cheered loudly for the president and groaned when he mentioned Republican policies, revealing their Democrat-leaning tendencies. 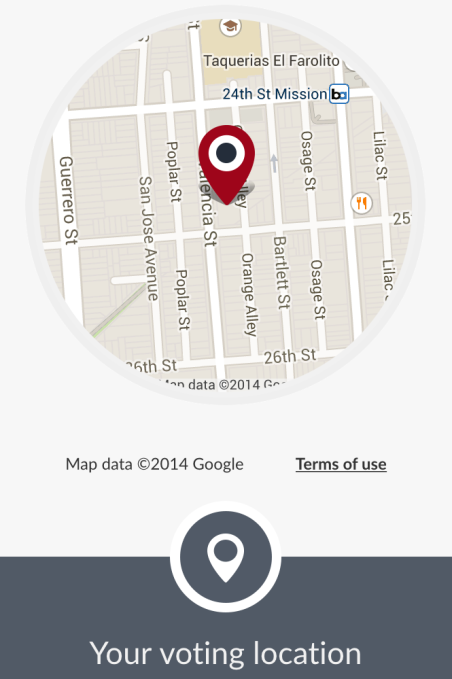 While Facebook voter messaging doesn’t push one political party over another, it does have the power to influence the election process using several available data points about its users. There are over 11 million registered voters for the Democratic party and nearly 12 million registered Republicans on Facebook, according to its own Facebook Ads estimates. This number is obviously low and is only the amount of people who have listed themselves as registered for one political party. It doesn’t take into account other behaviors Facebook may factor into pushing a certain message.

Facebook added mobilized messaging to over 61 million Facebook users in the 2010 U.S. congressional elections that resulted in greater voter turnout that year. Data scientists examined the number of people who took to the polls and concluded in a paper  published in Nature magazine that the social networking giant had influenced 0.14 percent of the population or about 340,000 people to go vote. A bunch of buggy programming botched a similar attempt in 2012.

Facebook has tweaked what we see in our News Feed plenty of times and could do so in the future. It intentionally manipulated users’ emotions for one week in 2012, choosing posts with either positive or negative words from friends’ posts to show up in feeds.  Facebook could theoretically use the same tactic to influence one party over another, even without actually saying “Go vote Democrat.”

Of course, the current vote sticker is pretty neutral and Facebook employs ad sales reps who work with various political campaigns. Facebook also reaches a wide swath of demographics. Though women ages 18-29 represent the largest group on the social network, the voting message will reach millions of people on both sides of the aisle and from every age, race and religion.

Facebook has 128 million U.S. daily users as of June 2013, and it’s total user base has grown 17 percent since then, so around 150 million could be exposed to today’s call to action.

Some might say Facebook shouldn’t meddle with something as important as elections. But if it can stay balanced in who it shows the call to vote, it could help make our democracy more representative of what citizens really want.