For the first episode of our new show Built In Brooklyn, we took the “built” part of the title pretty seriously. I mean, we here at TechCrunch think it’s pretty meaningful to build a great website or mobile app — but there’s some extra cool about visiting the manufacturers who are actually building or assembling physical goods.

I got to see some of that manufacturing in action courtesy of Matthew Burnett and Tanya Menendez, the co-founders of Maker’s Row, a startup based in Brooklyn’s Dumbo neighborhood. Maker’s Row isn’t a manufacturer itself, but it works with them — the team has created an online marketplace where businesses with manufacturing needs can connect with American factories. And since a few of the 3,000-plus factories that Maker’s Row works with are located in Brooklyn’s Navy Yard, it seemed like it’d be more fun to interview Burnett and Menendez there.

The pair talked about their backgrounds (particularly Burnett’s origins in Detroit), about the early days of the company, and about why they chose to start Maker’s Row in Brooklyn, which Burnett described as both “the heart of the Maker movement” and “the creative center of the Eastern Seaboard.” 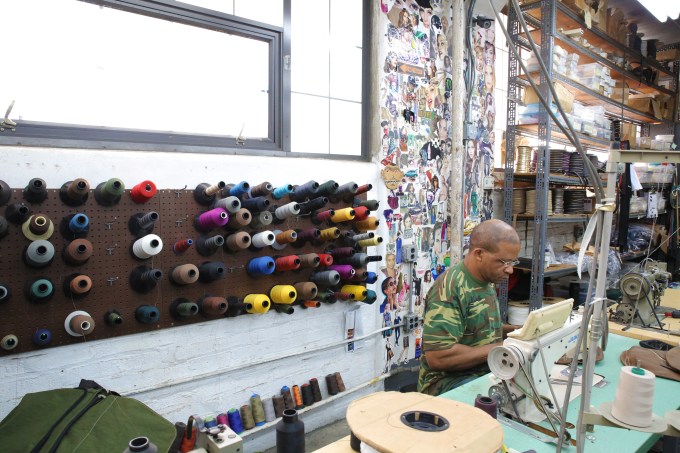 You might be thinking that it’s a little idealistic or even downright quixotic for a startup to focus on American factories, but there’s been some hope for a domestic manufacturing comeback.

“People think of factories as old-school, but I walk into these facilities, they’re using iPads, they’re using Lean Startup methodologies, all of these crazy things,” Menendez said. “I’m really confident that with labor costs becoming more competitive globally … the turnaround times and the ability for the designers to be close to the manufacturers and the innovation that that creates — American manufacturing is going to come back.”