According to a number of reports out this morning, the latest service to become blocked in China is Viber, the free service that lets users make calls, text and share photos with friends, family and others. When reached for comment, the company told TechCrunch that it’s looking into the matter and doesn’t have an additional comment at this time.

The news was reported earlier today by sites like TechInAsia and was tweeted by the non-profit monitoring organization GreatFire.org. However, that service says that Viber is only “67% blocked,” and some Twitter users are reporting that Viber is still working for them at this time. So at this point, we can’t call this a solid confirmation of the block, but we’ll update as Viber has more information on the matter.

That being said, TechCrunch writer Romain Dillet, who is currently in Shanghai, tested Viber this morning as well, following reports of the blockage and says that it does appear to be non-functioning – messages aren’t going through, he says. 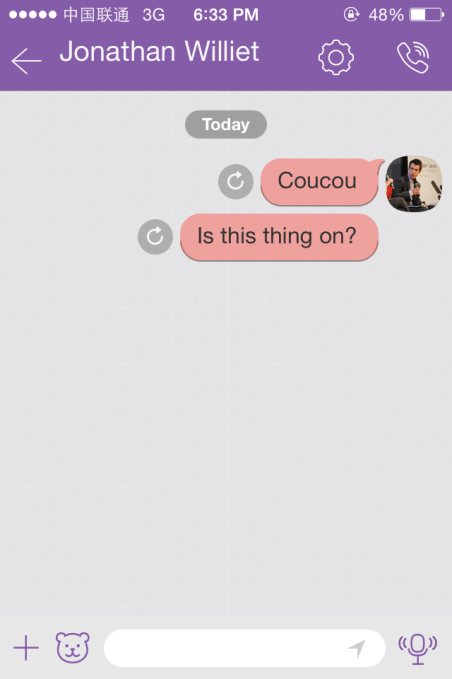 This confirms what TechInAsia is also reporting. There, they tested visiting Viber in a web browser from mainland China and found they could not connect to the Viber homepage. The service works via a VPN, they found, and they’re also hearing from some users that it was working via China Unicom’s 3G network, but couldn’t confirm this through their own testing.

More details on their tests are here.

China has blocked a number of messaging apps this year, including Line, KakaoTalk and more recently, Instagram, thanks in part to the Hong Kong protests. The country also blocks services like Facebook, Twitter, Google services, Snapchat, Taptalk and others. Apple’s services, including iMessage, remain functional. While Viber was not the most popular chatting service in China – that’s WeChat – a number of users turned to Viber after their preferred client, like Line, for example, was taken offline.