Steve Ballmer showed up in all his glory for the close of the Wall Street Journal Digital conference today. It all started out kinda just like the GIF you see above.

And then before things really got going, the newly christened owner of the Los Angeles Clippers delightfully announced that Fergie had recorded a song just for the team. Naturally, Ballmer then belted out the lyrics to the song.

The former Microsoft CEO also mentioned that he’s implementing new stadium technology. “We’ve got some stuff with tech that we’re absolutely doing. We even have high tech lights in our stadium. We had LEED lights,” he shouted to the audience. 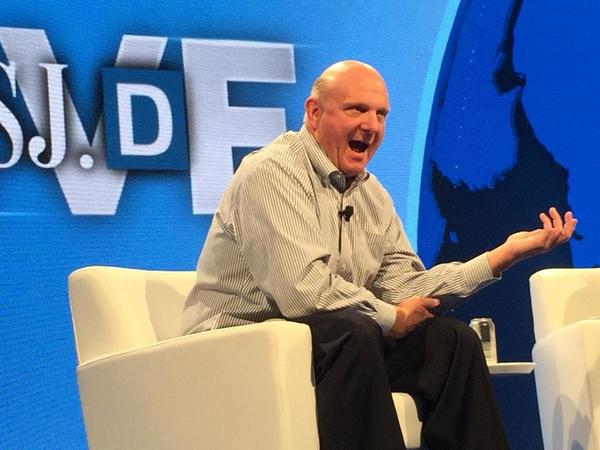 A new Clippers ad — “Be Relentless” — out today on YouTube ushers in this new Ballmer chapter. “You think you know who we are? You’re wrong. This is a new game. A new era,” says the video voiceover.

The Clippers, lest you need reminding, went through a no good, very bad time last season. Ballmer’s takeover gives the team a much needed fresh start.