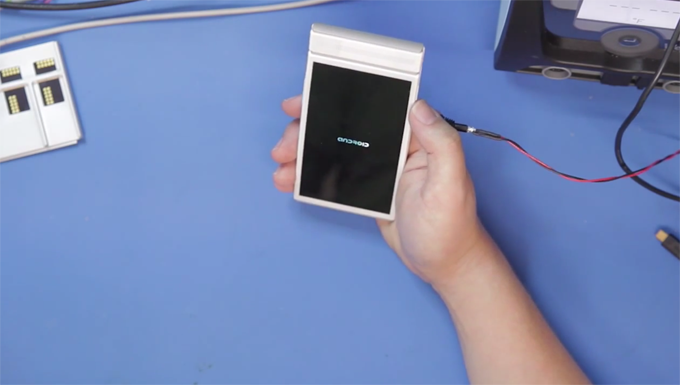 It’s been a few weeks since we’ve heard much about Project Ara, Google’s effort to build a phone out of components that can be swapped out, piece-by-piece.

Google showed off the device a bit back at I/O and, alas, things got a bit crashy during the presentation.

In a new video released today, the Phonebloks team shows the Ara prototype in its most recent form — and it’s working! It looks a bit slow right now, sure — but it boots!

The best look at the device in its current state comes at around the 2:30 mark.

So what’s changed? Outside of the fact that it looks like the device actually boots and can be operated to some degree, not a lot — at least not from the outside.

Particularly worth noting, however, is the tidbit they drop at the tail end of the video: currently, about 50 percent of the available space on this first prototype (“Spiral 1”) is dedicated to just making the modularity possible.

In the next prototype (“Spiral 2”), however, they’ve freed up a ton of space for users and developers to use as their tinkering canvas. Thanks to some custom-built Toshiba chips, “most” of the space on the device will be open for customization.

Sadly, they don’t show even a glimpse of what that second prototype might look like. According to a note at the end of the video, that’ll come at Google’s just-announced Project Ara developer conference on January 14.