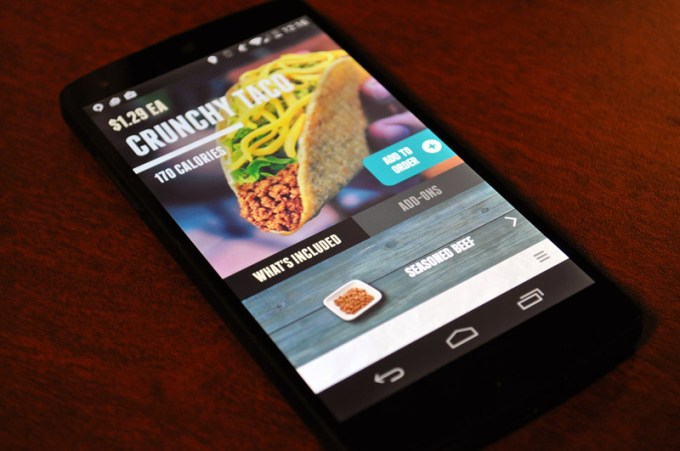 Scenario: It’s 12:30 am. You’re in Taco Bell. You’d do pretty much anything for a crunchwrap supreme.

The problem: If you open your mouth and try to speak, it’ll become immediately obvious that you just smoked what you’re at least 90% sure was all of the weed in the entire world.

Solution: You can now order Taco Bell on your phone.

The company is prepped to announce that they’ve launched a mobile ordering application for iPhone and Android. Once the respective apps go live, you should be able to find the iPhone app here and the Android app here.

This is great, because sometimes saying “Two tacos, please” and waiting 19 seconds is way, way too much work.

Some of the key ingredients:

All ribbing aside, this is undoubtedly going to be the norm at fast food chains within the next few years, so points to Taco Bell for getting in there early. McDonald’s reportedly has a mobile ordering app in the works, so they beat ol’ Ronald to the punch here.

No word yet on how many Taco Bell locations will support the mobile ordering function, with the company only noting that it’s in “participating restaurants” nationwide. With that said, a cursory glance at the in-app map suggests this is a pretty widespread roll out.

Broke? Need to spread a few bucks as far as possible for caloric efficiency? Don’t worry! There’s a hack for that.