Samsung is under-pressure as a long-period of growth continues to flatten out, but things couldn’t be going much better for fellow Korean phone-maker LG, which just announced that it shipped a best-ever 16.8 million smartphones in Q3 2014.

LG Mobile, which is just one branch of the larger LG Electronics corporate company, saw its quarterly shipments jump 39 percent year-on-year and 16 percent on the previous quarter of business. The company did $4.14 billion in sales (that’s 4.25 trillion Korean won) with an operating income of $163.16 million, or 167.4 billion won. That, LG Mobile says, is its best quarter of business for five years.

The G3 is LG Mobile’s flagship phone — and one that we like a lot — but the company’s success looks to have helped by its strong mid-range and entry-level devices. Those included cheaper versions of the G3 — such as the G3 Beat — as well as its L Series range, which is billed as offering a “premium” experience at pricepoints that are affordable for emerging markets and those on a limited budget. 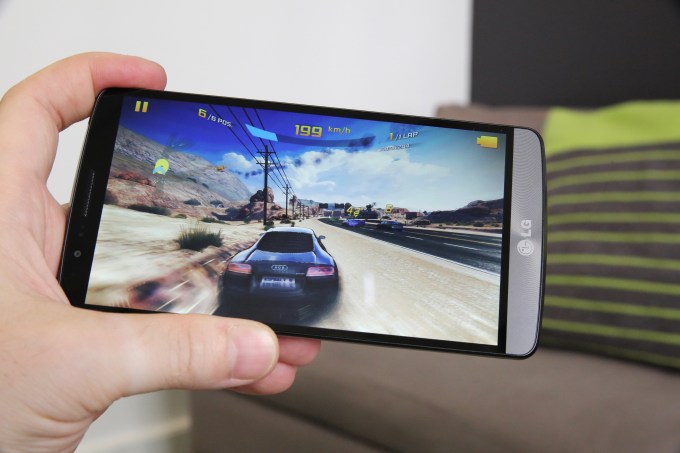 The LG 3 impressed us with its quad HD display

Looking forward, LG Mobile says that it expects to” strengthen its positioning in the smartphone market with its G Series and L Series III models despite the landscape becoming more competitive.”

LG Electronic’s full third quarter revenue, which is unaudited at this point, came in at $14.54 billion — that’s up 7.4 percent year-on-year. Its operating profit of $449.61 million is more than double the figure it posted one year ago.

The company’s business includes home entertainment, home appliances and air conditioning, but it said that the latest earnings “reflected strong performance” from its mobile division.

Samsung, on the other hand, is preparing itself for more struggles. Earlier this month, the company warned that its Q3 2014 profits are likely to be 60 percent lower than a year previous. The Korean firm’s financials are suffering from increased competition at both ends of the scale — the iPhone is putting it under pressure at the high end of the smartphone market, while Xiaomi and others are giving consumers more stylish options on a budget.