South Korea is known for advanced technology and hardware companies like Samsung, LG and others. But startups? Certainly the country has produced few fledgling tech companies, though there are increasing signs that things are changing: the latest being Socar — a startup comparable to Zipcar — raising a $18 million round of funding this month.

That round is one of the highest funding deals for a South Korean startup to date. Most notably, it was led by a US investor: Bain Capital, a private investment firm with $80 billion in assets under management.

Socar was founded in March 2012, and — like Zipcar — it has a website and smartphone apps that let users book cars for their own use. In an interview with TechCrunch, CEO Jimahn Kim revealed that the service has over 300,000 registered users, 40,000 of whom use the service each month. Socar sees around 60,000 transactions per month — that’s more than one car booking each minute, Kim said.

Kim explained that demand for the service has developed quickly over the past 18 months thanks to the unique transportation culture in Korea, and primarily capital city Seoul.

“Public transport is cheap and convenient here, so most people only use a car here and there. Perhaps just one or two times per quarter,” he explained.

Added to the high rate of smartphone adoption in Korea, and Kim believes that the country is ripe for the development of vehicle and transportation services.

“This sector is poised to grow significantly over the next five years in Korea,” he predicted.

To help tap into that demand, Socar is using this funding to expand its fleet of “thousands” of cars to more than 5,000. Alongside other logistics and staffing investments, this is aimed at increasing its presence outside of Seoul and in the rest of Korea.

Despite raising a whopping $18 million, Socar has no plans to expand overseas, for now.

“Our priority is to be the dominant player in Korea, we need to be in more towns here,” he said. “But in two or three years we want to be dominant across Asia.”

When asked which markets Socar might target, Kim said that the company would look to apply its experience and success to other locations with similarities to Korea. China, Singapore, Hong Kong and Japan are among the places with similar public transport networks, smartphone usage and tech adoption rates, according to the Socar CEO.

“I don’t have an immediate plan for our next round of funding, but when we believe that it is time to expand overseas then it is probably time to bring in more investment,” Kim explained. 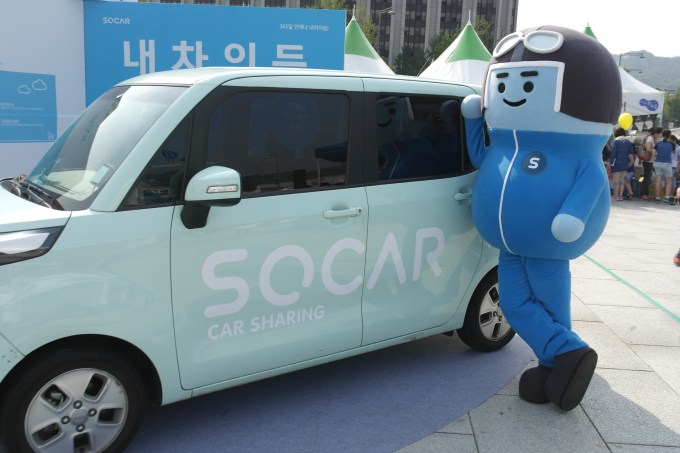 Moving into on-demand taxis and ride-sharing

Beyond offering car hire services, Socar also has an interest in expanding its service to offer ride-sharing and taxis-on-demand.

But, with Uber having raised a round of more than $1 billion earlier this year, and rivals Easy Taxi ($40 million in July) and Grabtaxi ($65 million in October) both stocking up with big funding rounds, is there a danger that Socar will be too late to the party if it doesn’t expand for another two years at the earliest?

“The Asian market [for car hiring and transportation-on-demand] services is still emerging,” he said. “There is no one dominant service in Asia and we believe it will be another two or three years before these services are truly mainstream.”

At that point, Kim believes Socar can provide better offerings than those of Uber and other rivals in Asia. Given Uber’s frighteningly aggressive approach to expanding both its geographical locations and its bevy of services, Socar may face a tough battle to differentiate itself if it enters overseas markets late, but Kim is resolute that his company must first truly dominate Korea.

He also added that there is no definitive plan to expand the services offered, although the company believes that there are plenty of synergies that would make sense.

Rare tale of a Korea startup raising from US investors

Socar’s service is exclusively for Korea — as evidenced by the fact that there is no English language option on its website — yet the company was able to raise funding from US investors. 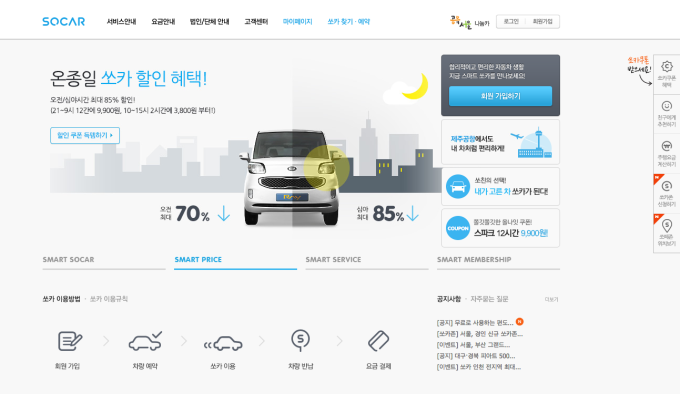 Kim explains that an existing shareholder with contacts at Bain Capital made the intoduction, while he himself has a network in the US from previous employment as a banker.

Nonetheless, contacts alone don’t create a funding round, Socar impressed investors with its progress and vision for the future. While funding rounds are just another milestone in the development of a startup, Socar’s investment — which is particularly high for Korea — may well be a source of inspiration for other entrepreneurs in Korea.

“Korea is not small, but the potential to expand [tech services] here is high due to culture of technology and the sheer number of young people,” Kim said. “If you can succeed in Korea, then it can give you a chance to take your company and service overseas. Being able to satisfy Korea customers is no easy thing [and that can help when expanding to other markets].” 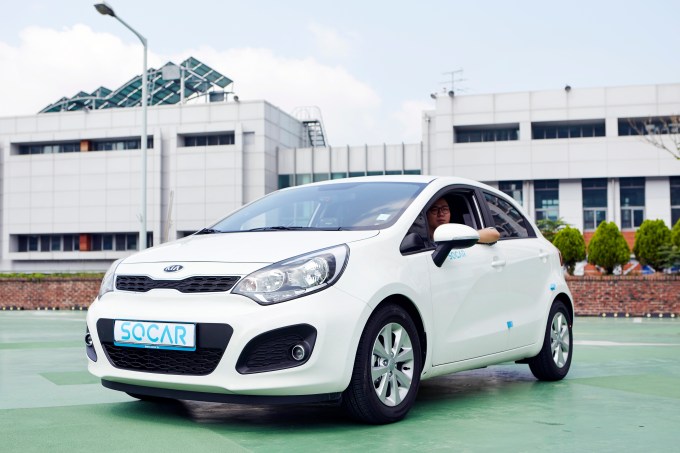