As we end day one of Disrupt London we thought it would be fun to look back at some of the most interesting panels and projects on stage. While most Disrupts are full of great startups and fun interviews, London has been particularly potent.

Our interview with Tim Armstrong answered some interesting questions about the future of AOL our fireside chat with Google Ventures showed us what’s on the horizon for Europe. Then there are some amazing pitches by some great stealth startups including CosmEthics and Sign2Pay.

In short, it’s business up front and party in the the back.

Here are a few highlights from today’s Disrupt day in London. 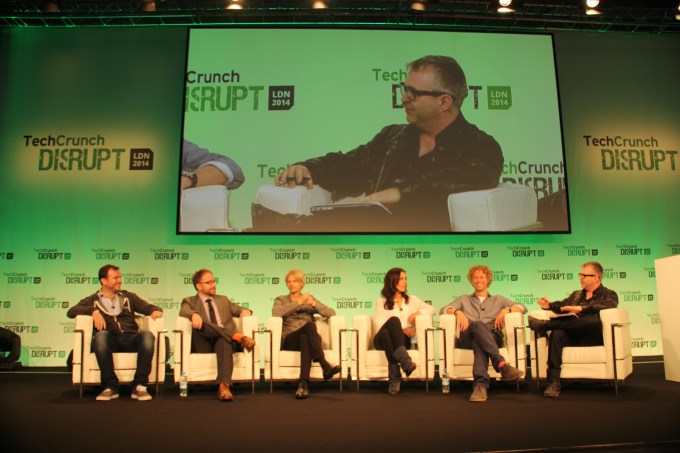 To start off our annual European conference, we brought the new Google Ventures Europe partners onstage at Disrupt Europe in London. The panel was mostly focused on explaining Google Ventures’ investment strategy for its European arm. In particular, Google Ventures will employ the same operational strategy as in the U.S., and will be looking for co-investors for most of its deals. 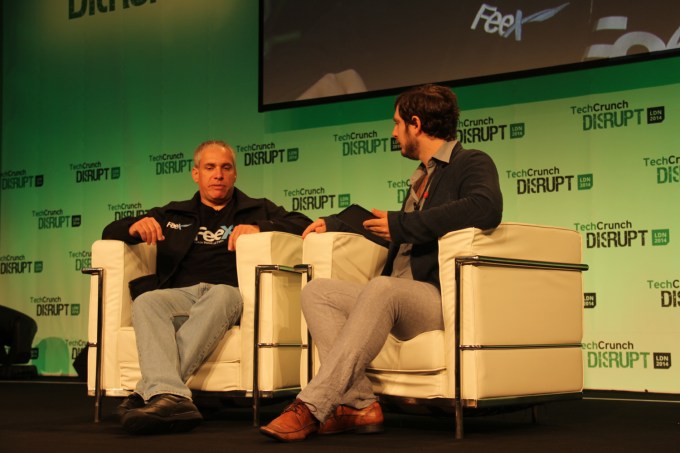 During the second talk of the day, TechCrunch’s Josh Constine sat down with FeeX’s Uri Levine to dig into how the new company is doing. Levine is best known for his work with Waze, a mapping service that Google bought in a 10-figure deal but also founded FeeX, which has raised a total of $9.5 million to date, including a $6.5 million Series B round of funding this August. FeeX is built around the idea that common investors are paying too much in fees on their saved monies. 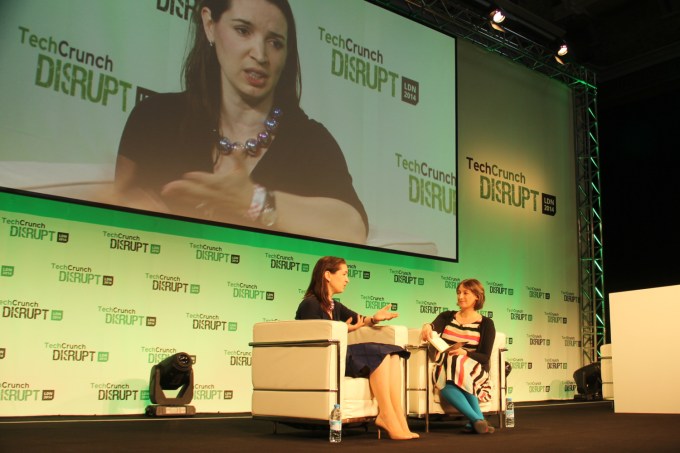 As the largest e-commerce store in its region, Ozon has been called the “Amazon.com of Russia.” But this morning on stage at Disrupt EU: London, Ozon CEO Maelle Gavet shot down the notion that her company should be called an Amazon clone.

For one thing, she said, Ozon was founded 16 years ago, which was around the same time as Amazon in the U.S. And it’s much bigger than just selling goods online — the company also supports travel and other verticals. “E-commerce is applicable to Russia, just as it’s applicable to any other market,” she said. 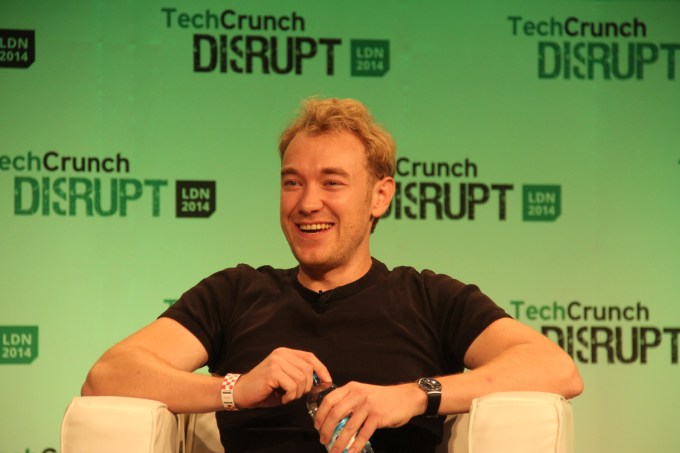 What do you do when Facebook clones your app?

That’s a situation that Onno Faber, the founder of buzzy messaging app Taptalk, ran into when Facebook released Slingshot, its second effort at an ephemeral messaging app which borrowed many cues from Taptalk. 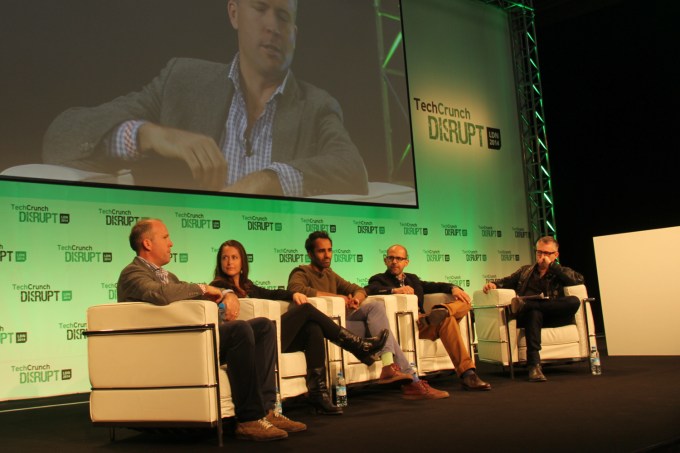 A group of important ecosystem builders took the stage at Disrupt Europe to give us a picture of the European tech landscape. The common thread was about the current state of the ecosystem compared to five years ago. Things have changed dramatically — and in a good way. 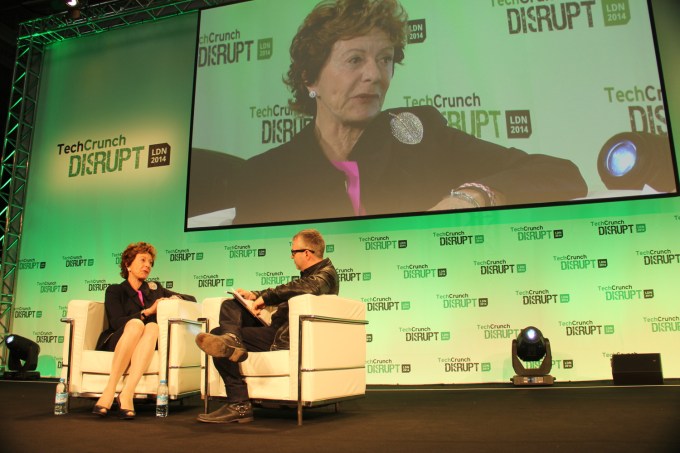 The European Commission’s Neelie Kroes has urged those with “interesting business ideas” burning a hole in their brain to “apply, apply, apply” for research funding from the EC — despite conceding that the application process can be a “jungle” to fight through.

Kroes, the outgoing European Commissioner for the Digital Agenda — which covers both IT and the telecoms sector — was being interviewed on stage on a range of digital issues by TC’s Mike Butcher, here at TechCrunch Disrupt London. 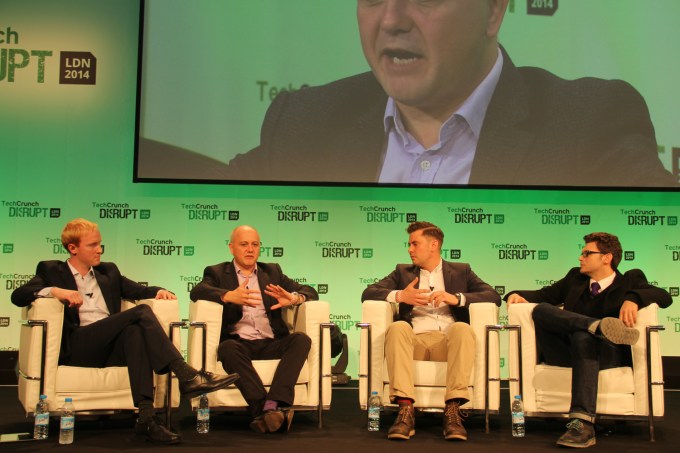 At Disrupt Europe today, TechCrunch senior editor Jon Shieber talked to Peter Hames from Big Health, the National Director for Patients and Information in the National Health Service Tim Kelsey, and Dr. Dominic King from the HELIX Centre. Unsurprisingly, given these panelists, the first part of the panel focused on Ebola and the role tech can play in handing this and similar crises. 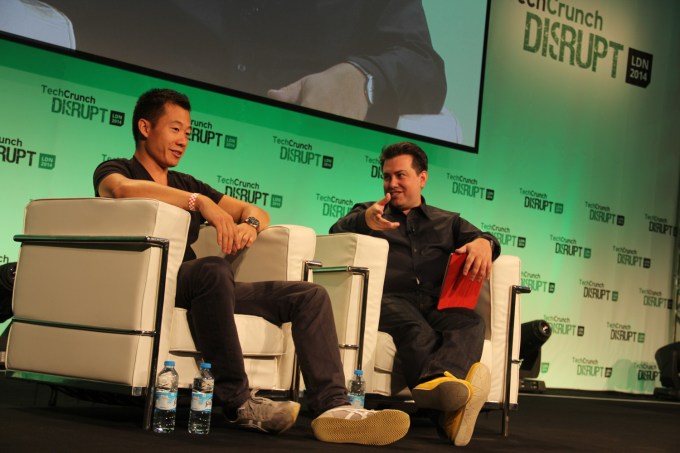 Lots of startups start with good ideas, but few of them become huge successes. More important than a good idea to their success is just having the resilience required to keep going even if your idea isn’t so great, Y Combinator partner Justin Kan said at Disrupt Europe 2014.

That certainly was true in Kan’s own experience as he and his team transitioned from an online life-casting stream into a massive live-streaming platform for video gamers. “If you look at all startup stories, it’s not a straight line… to success,” Kan said. “If Justin.tv could work and be successful, then no one has any excuse. That was a terrible idea.” 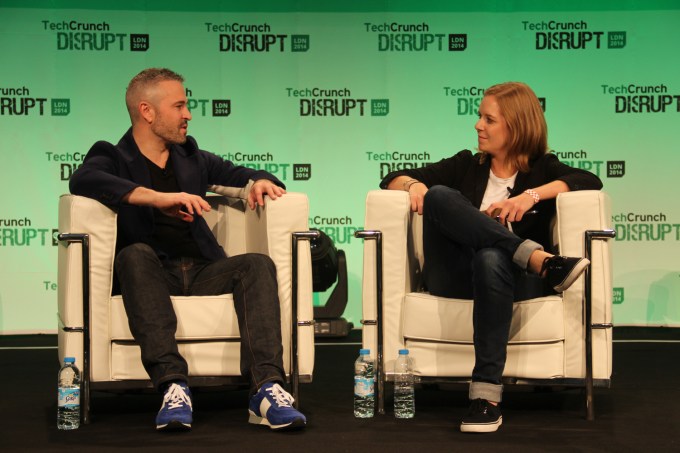 Jason Goldberg, the co-founder of Fab.com, says that the design marketplace was burning through $14 million per month at its peak before it went through a drastic round of layoffs and decision to pivot the business. Speaking at our Disrupt London conference, he said that the startup’s decision to pivot was inevitable after the company didn’t raise as much money as they had expected to.

Hackathon hack masters Jordon Poulton and Sam O’Keefe revealed the highlights of the first-ever TechCrunch Hackathon held in London. After a short highlight reel showcasing the event, the top three teams presented their creations on the Disrupt stage. 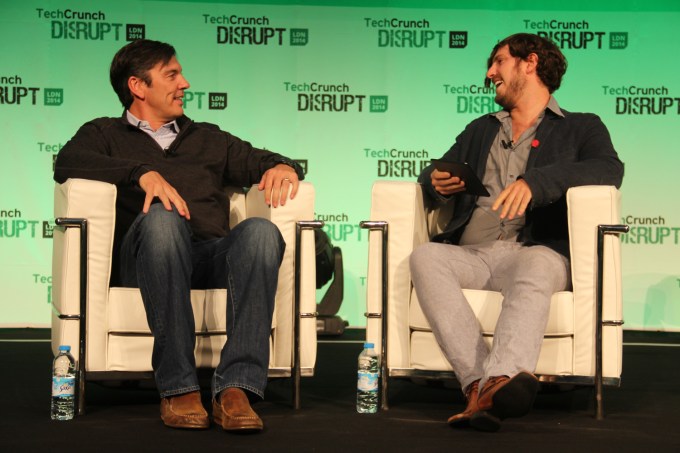 Specifically, Armstrong said AOL has a board meeting tonight (I guess he’s flying back to New York really soon), for which he’s prepared what he described as a 30- to 40-page presentation outlining his plans for 2015.

“I don’t think Yahoo is mentioned once in that deck,” he said.

Tim Armstrong also confirmed today that AOL is in early discussions to spin off CrunchBase, the database of tech companies and people that became a part of AOL as part of its acquisition of TechCrunch in 2010.

Join us tomorrow as we conclude the first Disrupt held in London. It’s been a hoot and we are sad to leave.