You’d be forgiven for thinking that the taxi app war is exclusively a U.S. phenomenon, such is the fierce battle between Uber and Lyft, but similar rivalries are actually ongoing across other parts of the world. The battle is heating up in Southeast Asia today, after GrabTaxi — a Malaysia-headquarted company that is active in six countries — announced a $65 million investment round that it hopes will enable it to defeat Uber in Southeast Asia.

The company has been busy raising funding this year. This round is the third investment it has announced since April. Though undisclosed, GrabTaxi says it takes it to “approximately $90 million” in funding this year. Given that it raised around $10 million in April, and a further $15 million in May, this Series C round is around $65 million.

The round is led by new investor Tiger Global, with participation from existing investors Vertex Ventures, GGV and Chinese travel giant Qunar. Another new investor, Hillhouse Capital, also put into the round.

A $65 million raise is a lot of money for a startup in Southeast Asia, and GrabTaxi CEO Anthony Tan told TechCrunch that it will be spent hiring “great talent in order us to best in the region and a world-class app,” improving driver loyalty programs and the service generally for GrabTaxi drivers, and general grow and expansion. 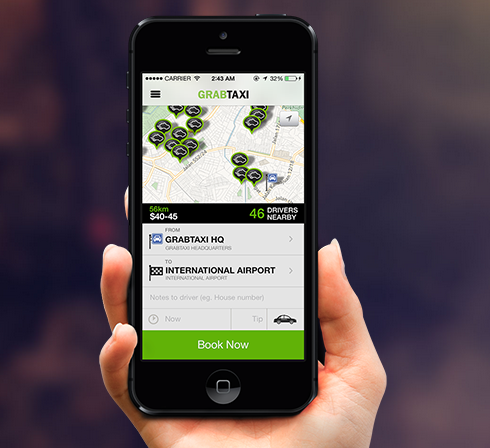 Tan says that GrabTaxi — which operates in 16 cities across Malaysia, Singapore, Thailand, Vietnam, the Philippines and Indonesia — will announce a new city expansion before the end of this month, though he declined to reveal it just yet. GrabTaxi is likely to also continue to expand the types of services that it offers in the region.

He did not reveal GrabTaxi’s revenue rates or estimated time to profitability, but Tan did say that the company’s app has been downloaded more than 2.1 million times. It sees over 400,000 monthly active users, he noted, and claims a network of more than 50,000 drivers. Back in May, GrabTaxi claimed 1.2 million downloads and 250,000 monthly users.

Initially, GrabTaxi made its name as an app that could be used to book licensed taxis, but it launched an Uber-like private car service GrabCar in Malaysia May, and has been rolling that out across its markets since then. At the same time, Uber has expanded its services in the other direction. The US firm began its time in Asia offering only its Uber Black private car service, but this year its cheaper UberX service has been launched across a number of cities in Southeast Asia. 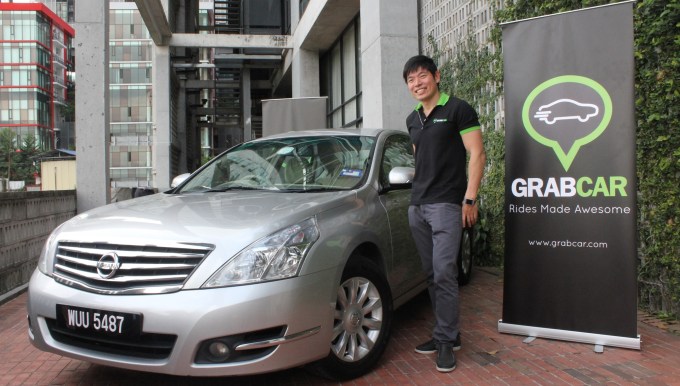 GrabTaxi is pushing out into new areas with the introduction of a motorbike taxi service, which debuted in Vietnam last month, but Tan said it is too early to say how that initiative is going and where it might launch next.

Tan has typically been reluctant to discuss Uber’s position in Asia, but he did tell TechCrunch that more competition is good for the industry, which is still to gain the awareness of mainstream consumers, though he believes his billion dollar rival can be toppled:

Uber’s emergence within the region has opened the doors for us to strive for the better. The introduction of the GrabTaxi app was the initial phase of disruption for the taxi industry.

Taxi drivers have been stuck in the rut for the longest time but Uber’s rise has helped us to push taxi drivers to take them to the next level. We’ve opened their eyes and ears for them to improve themselves and their service to remain relevant.

We never rest on our laurels and say we’ve done enough. That is not something GrabTaxi will ever do. My team and I are constantly challenging ourselves to be able to remain the largest and most dominant player in this region.

No exit plan yet

Hailo recently pulled out of the North American market to focus on Asia, and Lyft raised $250 million earlier this year to expand into global markets. Given its position in the market, GrabTaxi would seem like a potential acquisition option for either firm, but Tan says his company’s exit is “is something that we will have to think about at a much later date”.

For now, he says GrabTaxi is focused on providing safer and more convenient transportation for the 600 million people who live in Southeast Asia. That suggests that the service will remain focused on the region and not expand into other parts of Asia, although Tan declined to give specific information when asked about expansion plans.