Editor’s note: Bertrand Schmitt is the co-founder and CEO of App Annie.

Mobile apps have come a long way since Apple launched the App Store in 2008, with over 5 million apps available across the leading app stores. While many factors have contributed to the growth, the ability to reach a global audience with a relatively small upfront investment has certainly been a significant contributor. The potential ROI if an app is successful is huge — just  ask the creators of Flappy Bird or the Kim Kardashian app.

What’s so amazing about the growth is not simply the sheer number, but also the variety of apps, with an app for just about every imaginable task possible. The iOS App Store boasts 23 app categories, while Google Play has 20, and that’s not even including the sub-categories for both gaming and newsstand apps.

Even so, not all app categories have evolved at the same pace, with gaming and social apps leading the pack. In fact, most of the top 10 apps in Google Play and the App Store in terms of revenue and downloads consistently belong to either the gaming or social media categories. Not surprisingly, social and gaming apps lead the pack in downloads and engagement, too. These apps have pioneered the monetization strategies that quickly transformed the app stores into the billion-dollar powerhouses they are today.

This is not to say that other app categories aren’t building steam, and certainly the developers, brands and industries behind these apps are having their own measure of success. While gaming once had an exclusive hold on the top app store rankings, the travel, retail and entertainment industries are now contending for those spots and quickly becoming the new app store heavyweights.

Given that mobile is expected to account for a quarter of U.S. online travel sales by 2015 — nearing $40 billion in revenue — travel brands are investing heavily in mobile. Inherently suited to travel, mobile apps are connecting travelers with hotels, airlines and ground transportation on the go, fulfilling a critical need.

As the industry becomes increasingly crowded, travel aggregators — which make up five of the Top 10 Travel and Transportation apps — are optimizing their online offerings for smaller screens and facilitating curated search, efficient payment processes and last-minute, location-based deals. These aggregation apps are also maintaining their edge by adding new app features to extend their services beyond reservation booking.

As an example, HotelTonight stands out as a trailblazer in the industry. The mobile-only company simplifies booking a last-minute hotel in just eight seconds, with three taps and a swipe. The clean UI appeals to today’s tech-savvy, self-sufficient traveler, and while similar self-service tools are available from select hotels and airlines, HotelTonight lets customers access these conveniences across thousands of brands. The company aims to create the most frictionless hotel experience by investing in features like mobile check-in and keyless entry.

Retail apps, when leveraged effectively, can be influential at all points of the shopping experience. Revenue from U.S. smartphone commerce is forecasted by Forrester Research to increase from $16 billion to $46 billion from 2013 to 2018. With the rise of “showrooming”– browsing products in-store and purchasing them later online at a lower price — successful brick-and-mortar retailers are responding by using apps to drive consumers back to the physical store.

Research shows that creating an interactive in-store experience with a mobile app can increase customer engagement by up to 5 times, moving the needle on loyalty and sales. 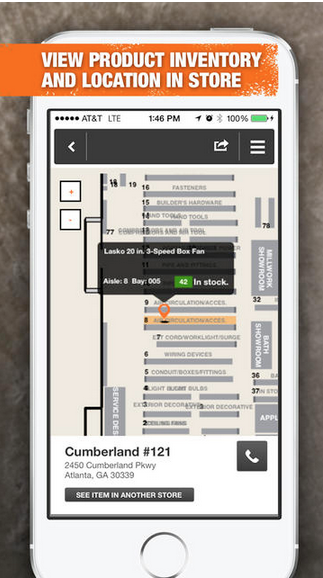 “Pick Up In Store” and “Ship to Store” saves customers shipping charges and expedites time-sensitive projects. Overall, the app successfully guides consumers in-store by combining the convenience of e-commerce with the tactile experience of in-person shopping.

With the number of digital TV viewers set to reach 145 million by the end of 2017, the entertainment industry is also turning to mobile apps to connect with its fan base and extend the viewing experience. Netflix and other streaming providers are making it easier to binge on your favorite shows by tracking activity across multiple devices.

Fans are accessing everything from movie trailers to games and interactive live chats via studio-created mobile apps. TV and film studios are offering exclusive in-app promotions and content by partnering with content providers and developers.

CBS launched its popular My CBS app to boost its viewer engagement with exclusive interactive in-app content. This includes a series of live video chats in which viewers can tweet questions to stars of CBS shows, and the actress/actor will respond on camera in real time. The app sends push notifications when episodes of favorite shows are added. CBS also partnered with Amazon to provide Prime Instant Video with exclusive episodes of Stephen King’s Under the Dome four days after the original air date for each of the first two seasons. 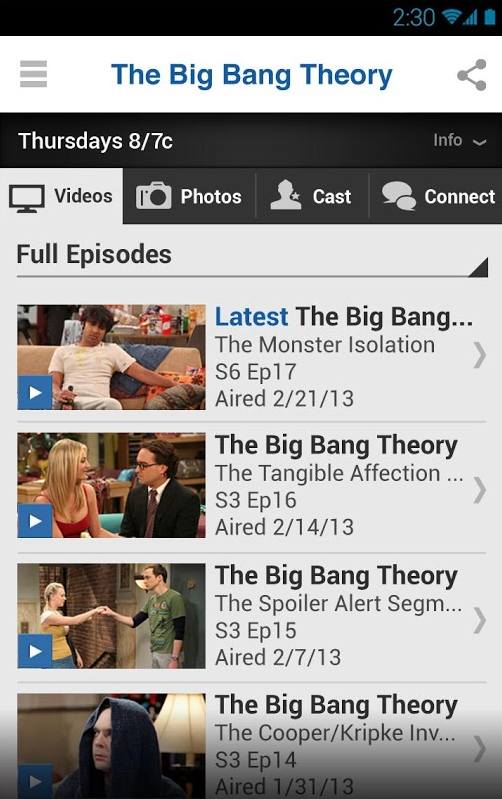 With more and more people interacting with brands on mobile devices, the question isn’t if mobile apps will become a critical channel for reaching consumers in your market — it’s when. The most successful companies will emulate and innovate on the smart, location-aware, interactive and frictionless apps put forth by market leaders like HotelTonight, The Home Depot and CBS.