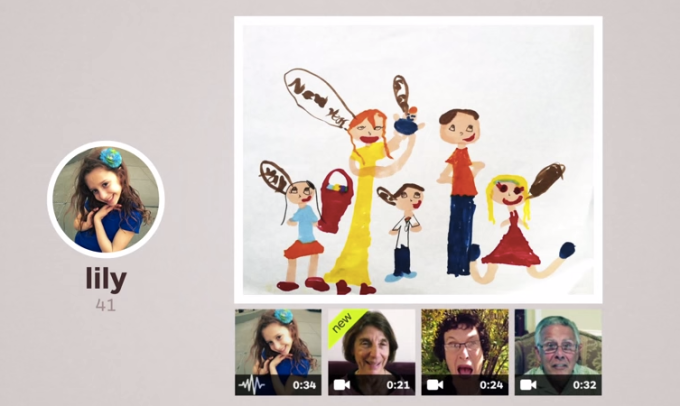 One year since launch, Keepy is announcing that more than 500,000 users are sharing content with their families on its service.

In a phone call with TechCrunch, Keepy CEO Offir Gutelzon said that the company hit the 500,000 figure within the last few weeks. He also gave numbers on how the company is doing at bringing in international users and getting its families to convert to its premium plans: 75 percent of users are in the United States, and among families “hitting the paywall” at 31 posts per month (including photos, videos of any length, and unlimited voiceover recordings on top of said content), approximately 25 percent convert to a premium plan at $1.99-2.99 per family per month.

Gutelzon says the key to Keepy’s conversion rate is that the app feels more like a shared box full of family mementos than another social network you have to sign up for. There’s no easy way for a family member to accidentally share something that was meant to be private with the wider world from within the app, The power users in the family can now quickly upload from their Dropbox and Facebook accounts, while at the opposite end of the spectrum, those who aren’t savvy enough to use social apps on their phone can upload their archived photos to their family’s timeline the old-fashioned way: by emailing them as attachments.

Because I’m always curious to see if a startup is doing well on Android, I also asked where Keepy is strongest. Gutelzon told me that 60 percent of the startup’s users are on the iPhone, with the rest split between Android, Amazon’s Fire OS, and the web. That’s probably a motivating factor behind Keepy’s release schedule, as the ability to upload videos of any length came to iOS a few weeks before the latest Android update.

Keepy is looking to expand, and it’s starting up operations in Palo Alto to do it. Gutelzon recenty moved to the Bay Area from New York City to open an office, while the other four team members will continue their work from home base in NYC.