Many know will.i.am as a musician and frontman for the Black Eyed Peas, but he’s more than embedded himself in technology in the last several years. He’s invested in several startups, appeared at the FIRST robotics competition, Intel made him the Director of Creative Innovation, and he just revealed his new wearable technology company i.am+ on the Dreamforce stage for the first time.

He sat down with me to talk about what he’s built and why it’s important to get inner city kids involved in tech and engineering.

Tech pervades nearly everything we interact with in the modern world. Will.i.am is certainly working with the kind of technology that fits in with our lifestyles. “The reason I started i.am+ and moved into the tech world is because of what the tech world is calling Wearables,” he starts off in a blog post for the Huffington Post.”Success in wearables isn’t going to be driven by the giants of yesteryear. Instead it is going to be developed and brought to market by the unlikely candidate,” he says.

Will.i.am spent two and a half years and his own money to create i.am+. The main product is a wearable wristband called PULS that holds a music player, fitness tracking, GPS, pedometer, and popular social apps like Facebook and Twitter. It also can also email, call and text, sans phone. 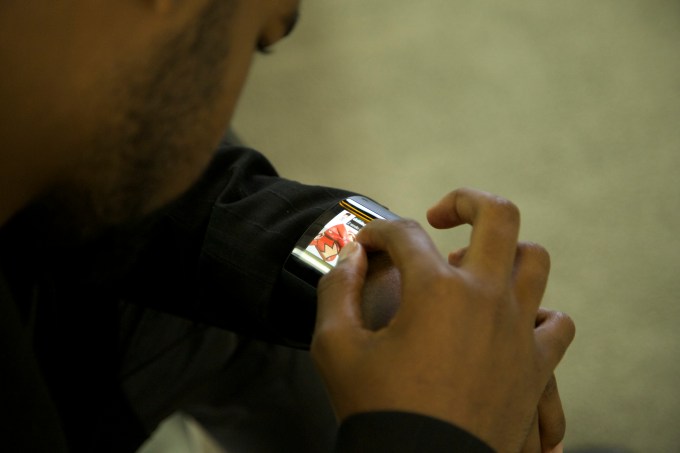