Google Shopping Express, rebranded to simply “Google Express” as of this morning, is no longer entirely subsidizing the costs associated with same-day delivery. The program, which offers instant shopping gratification to consumers in a growing number of U.S. cities, is now working to transition its more regular customers into paying members, who subscribe on either a monthly or annual basis for $10/month or $95/year, respectively.

The company, which is clearly attempting to combat Amazon Prime, has been busy working out deals with major retailers – especially the brick-and-mortar big box stores that have felt the impacts of Amazon’s e-commerce efforts over the years. While Google Express already had a number of big-name brands on board, like Costco, Target, Staples, Office Depot, Walgreens, Toys R Us, Babies R Us, Whole Foods and more, today it announced the addition of 16 other merchants, which have been added to the service over the past couple of months.

The service also expanded into three new cities today, including Chicago, Boston and Washington D.C., where other regional brands are being brought on, such as Stop & Shop in Boston; Giant Food in D.C.; and Lux Roses, TigerDirect, Treasure Island Foods and Wrigleyville Sports in Chicago. 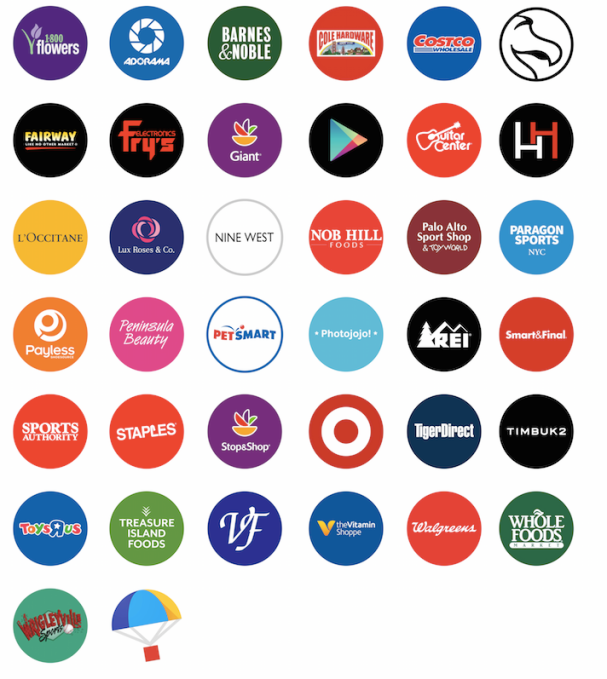 In total, Google says its same-day delivery service now reaches 7 million people across the U.S., and in Northern California, nearly 12 million can use Google Express’s next-day service. Bay Area customers over 21 can even order alcohol through the Google Express apps. (The service is available in San Francisco, the Peninsula and San Jose, Northern CA, West LA, and Manhattan, in addition to its new markets.)

Unlike Amazon Prime, the benefit of using Google Express for faster deliveries isn’t only limited to members with subscriptions, though Google is pushing customers in that direction. (Its previous six-month trial period is now reduced to three, for example).

But for those who don’t sign up, you can choose to pay $4.99 per eligible order instead of subscribing.

Members receive free same-day or overnight delivery on orders over $15, and can share their membership with a household member. They also get “first dibs” on delivery windows, says Google. Amazon Prime, for comparison’s sake, is $99 per year, and offers free 2-day shipping, along with a host of other features, including free streaming TV shows and movies, ad-free music, free books for Kindle, and more.

While getting into the delivery business may seem like a stretch for Google, the company increasingly sees Amazon as its top competitor. As Google Chairman, and former CEO Eric Schmidt recently explained, “Many people think our main competition is Bing or Yahoo. But, really, our biggest search competitor is Amazon. People don’t think of Amazon as search, but if you are looking for something to buy, you are more often than not looking for it on Amazon.”

Consumers shopping on Amazon for products aren’t on Google sites, and aren’t clicking on Google’s ads, which is still the company’s bread-and-butter, despite its expansions over the years into everything from desktop and mobile operating systems, hardware, web services, web applications for work and pleasure, and much more.

But even if Google can get people to pay for memberships, it’s unclear that’s enough to make Google Express profitable. (Maybe when drivers are replaced with self-driving cars?)

Google Express is available on both iOS and Android.