StumbleUpon, an older web brand still best known for its content discovery service that helps introduce web surfers to new and interesting websites (or maybe for getting bought, then sold again, by eBay), is now taking a big step to make its app more relevant for the mobile era. In an update to the StumbleUpon iOS app out now, the company is introducing social chatting.

The chatting aspect is one of several improvements to the newly overhauled app, but probably the one most worth taking note of. Now, when you find a webpage you want to share, you can tap on fellow StumbleUpon users’ names in order to start a conversation about the page in question right within the app.

Each user you’re sharing with is represented by a rounded, profile photo icon above the comment field. You can add your text, then share – an experience which feels more like you’re starting a conversation than simply sending a link. 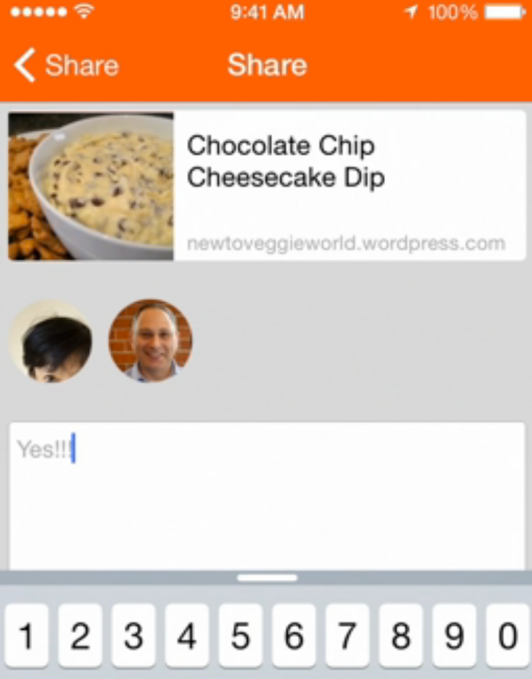 And when others share webpages with you, they appear in a new “Activity Center” within the app which keeps track of all the new shares as well as follower notifications. The idea, presumably, is to make StumbleUpon feel more like a social app or communications utility of some sort, rather than just a content discovery service. That makes sense as some of the most popular apps on users’ phones are social networking apps or those focused on media consumption, and this new feature is built in a way that could marry the two.

Although StumbleUpon users could before share their discoveries via SMS, this change is focused on keeping users in the app – and returning to see their notifications, or replying to comments. However, link-sharing also inches into territory where Facebook and Twitter now dominate, while link recommendation is now in the hands of sites like Digg and Reddit. 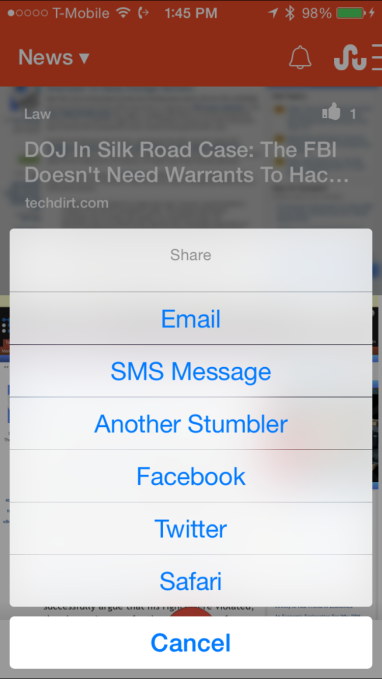 (For what it’s worth, StumbleUpon’s chat concept also reminds me a tiny bit of Potluck, the link-sharing service from Branch that was quickly snapped up by Facebook.)

Also new in the updated app is support for custom lists, new navigation which puts likes, interests and followers just a tap away, an updated user interface and various speed improvements.

Though social chatting is a worthy upgrade for this app, StumbleUpon needs to do more to re-establish its brand as something that’s capable making the mobile transition without losing steam. The iOS app is consistently a top 100 or top 200 ranked app in the “Entertainment” category, according to App Annie data, but is hasn’t ranked on the Top Overall charts since this spring. And to be fair, StumbleUpon’s change would make it more of a “social” app than “entertainment,” but social is a tougher category in which to compete.