Google took to the sands to expand its globe-spanning Street View imagery, using its Trekker camera pack modified and mounted to an actual camel’s hump to capture photos from the Liwa Desert, a pristine wonderland straight out of fantasy tales in the United Arab Emirates. The use of camels was meant to avoid having any kind of impact on the surrounding environment, which has played home to human settlers since the Late Stone Age.

The Trekker pack is what Google uses to capture Street View imagery where its cars can’t or shouldn’t tread – though traditionally, they’re worn and carried by human hosts, not dromedaries. Google has previously used the Trekker to map the Grand Canyon, the wild northland of Canada, and many other destinations. At its I/O developer conference in 2013, we went ‘backs-on’ with the kit to see what it’s like, and the camels shouldn’t have much trouble with the load.

This project from Google reveals some stunning imagery and sweeping vistas from a place many will probably never be able to travel to in person, which is the magic of its expanded Street View program in general. The combination of high-tech imagery equipment with an age-old means of conveyance is just icing on the cake. 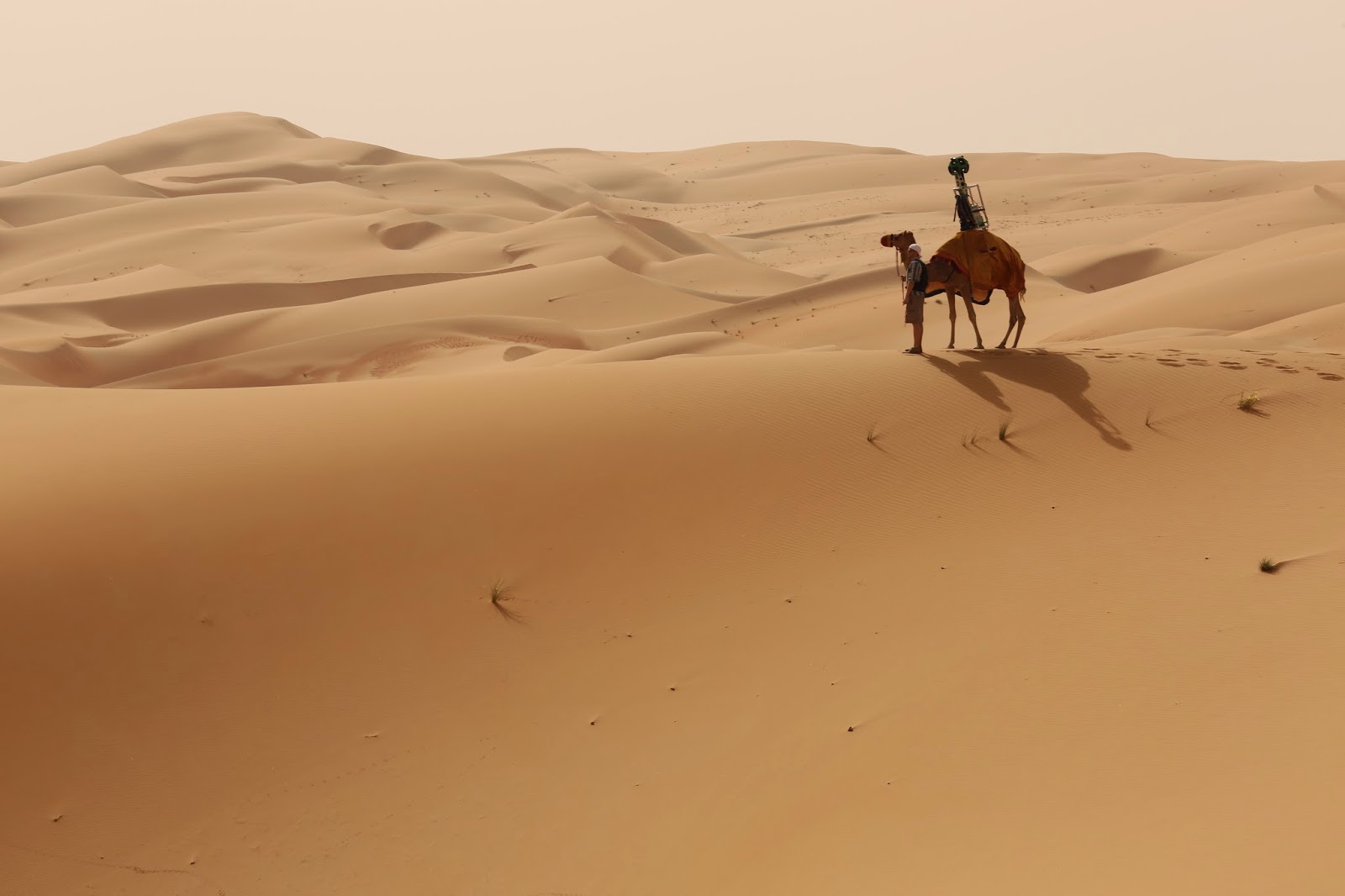