Software may be busy eating the world, but for the founders of the MiniLuxe chain of beauty salons the process is more about using technologies to shape nails (and the nail-care industry) than it is about biting them.

The seven-year-old MiniLuxe chain, which was founded by the iconoclastic investment firm Cue Ball Capital, has just taken on $23 million in a new round of funding from a slew of outside investors to roll out its tech-enabled chain of beauty salons to locations nationwide.

For Cue Ball Chief Executive and MiniLuxe chairman, Tony Tjan, the new round is an affirmation of the strategy his company has shepherded for nearly a decade as its seed-funded salon startup blossomed to occupy several tony locations throughout Boston.

The firm actually had criteria it required from its new investor base, which included holding a permanen 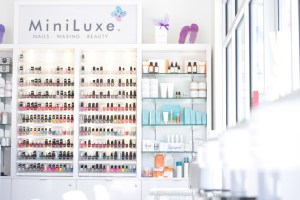 t capital pool which would mean firms wouldn’t have a pre-existing timeline during which they’d need to find an exit for MiniLuxe.

Indeed, given the aspirations to turn MiniLuxe into the “Starbucks” of the grooming industry, Tjan is inclined to bide his time.

“We incubated it and began with one nail salon with the vision to ‘Starbucks’ the nail salon and bring some professionalized standards to the industry,” Tjan says.

Using techniques borrowed from the on-demand and new commerce markets pioneered by companies like Uber and Warby Parker, Tjan says he’s transforming the whole experience of how workers are employed, store space is occupied, and customers are treated. His goal? “To revolutionize the industry and empower the technician,” says Tjan.

The new investors helping and Cue Ball Capital achieve that goal include The Horowitz Group, which co-led the round, and additional financial partners like: the Murano Group, Silverado Interests, Beechwood Capital, Barrier Island Capital, and Nicholas Negroponte, the founder and chairman emeritus of the MIT Media Lab.

In addition to new physical locations, the company is also launching a booking app for mobile devices. But its application of technology extends beyond mobile apps, the company uses high tech point of sale systems, and employs a large data mining and collection system on the back end. For instance,changes in temperature lead to higher bookings of manicures and pedicures, so the company’s flexible staffing system bulks up for hours when more beauticians will be needed in the salon.

Tricks like that have led to many of the company’s 8 stores delivering higher sales per square foot than even Neiman Marcus, according to Tjan (Neiman Marcus apparently makes roughly $750 for each square foot of floor space).

Other investors have also seen the beauty in the beauty and salon business. Earlier this year Bain Capital led a $5 million investment in Manicube, which provides in-office manicures and pedicures. 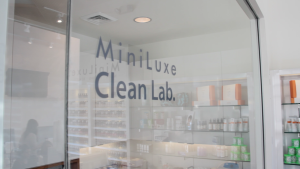 New more hygienic sterilization and cleaning technologies are also part and parcel of the company’s pitch — a necessity in the oftentimes deadly beauty business.

“The number one problem… was a lack of standards,” says Tjan. “We have the highest levels of hygiene for autoclaving. We’re setting a whole new standard by using medical grade hygiene practices.” Each salon actually has an exhibition lab where patrons can watch the cleaning process at work.

Beyond its hygienic appeal for customers, the company’s treatment of the sales force at its salons stands out in an industry largely unregulated and conducted nearly entirely off-book, says Tjan. “This is a large, informal economy,” he says. “It’s $8 billion in reported sales, but actually closer to $14 billion.”

Changing the typical commission-based system where beauticians work on standby, MiniLuxe offers a range of employment options where employees can move up to become different levels of “brand ambassadors” within the company’s stores. The company offers a retirement savings plan, healthcare, and profit-sharing for employees. “We have a mix of full-time and part-time employees and we’re trying to get the right labor and benefits to the 375,000 nail technicians out there in the country,” says Tjan.