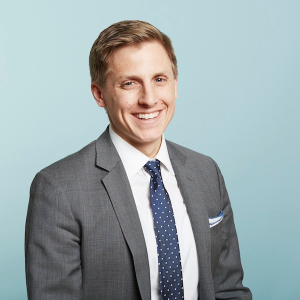 It’s been just two-and-a-half years since the launch of DogVacay‘s peer-to-peer marketplace for pet care, and the company has grown fast. It’s topped more than a million nights that pets have stayed with hosts on its platform, and about 90 percent of those stays have happened in the past 18 months. With that growth underway, the company has hired Bonobos CFO Bryan Wolff to help run its financial operations.

It’s becoming less rare for relatively early-stage startups to add a CFO it seems: What was once seen as a hire that would position a company for IPO is now being made simply to add a new level of financial and operational controls to help grow their business.

With the hire, DogVacay is bringing on someone with a good amount of financial and consulting experience under his belt. Wolff spent the previous two-and-a-half years at Bonobos where he oversaw all accounting and finance operations as well as the company’s increasing expansion of retail locations throughout the U.S. Before that, Wolff worked as a consultant for McKinsey and a hedge fund analyst for AllianceBernstein and Luxor Capital.

So what got him interested in joining startups like Bonobos or DogVacay? Wolff apparently knew the Bonobos guys from his time at Stanford’s Graduate School of Business and serves as an early investor and adviser to the online clothing retailer before taking a finance role there.

Wolff said his previous company was in a similar stage of growth as DogVacay when he joined. He says he helped install some financial controls at Bonobos and believes he can apply some of those same skills at his new company.

“It’s more fun working for a small, growing company where you can make a difference,” Wolff said, noting that DogVacay was one of the more exciting opportunities available to him. “Within the consumer Internet space, this is one of the companies that interested me the most.”

As for DogVacay, co-founder and CEO Aaron Hirschhorn said the company decided to add a CFO because “the business is getting big now.” He believes the company is already the leading pet marketplace in the world, but it’s still a pretty small percentage of overall pet care spend.

In looking to hire a CFO, Hirschhorn said DogVacay wanted to find someone who could understand the importance of local density, which he believes is a complex financial exercise. He said Wolff stood out for his deep financial and deep strategic advice that he can provide.

At the same time DogVacay is seeing growth on the demand side, the company has quickly expanded its personnel. It now has 70 employees, about half of which are in its customer care department, according to Hirschhorn. The company also recently moved into a new 12,000-square foot office.

Wolff will be joining them there, having moved his family from New York City to Los Angeles, where he’ll now reside. While he doesn’t currently have a dog of his own, he’s looking forward to working with the 25 or so that regularly come into the DogVacay office and run around off-leash.