Tesla Motors just sent out invites to a press event on October 9th in Los Angeles, presumably to unveil the new ‘D’ car that founder Elon Musk tweeted about yesterday evening. Now, we officially have an event, to be held at Hawthorne Airport.

The D is rumored to be a new vehicle in Tesla’s lineup, with the Jalopnik folks speculating on a (D)ual motor all wheel drive version of its Model S sedan. Musk also said that they would show off ‘something else’ at the event, which some are saying could be a souped up version of the Model S.

There is also a possibility that the D stands for Driver Assistance, something Seth Weintraub at Electrek points out people have seen references to in newer Tesla software. 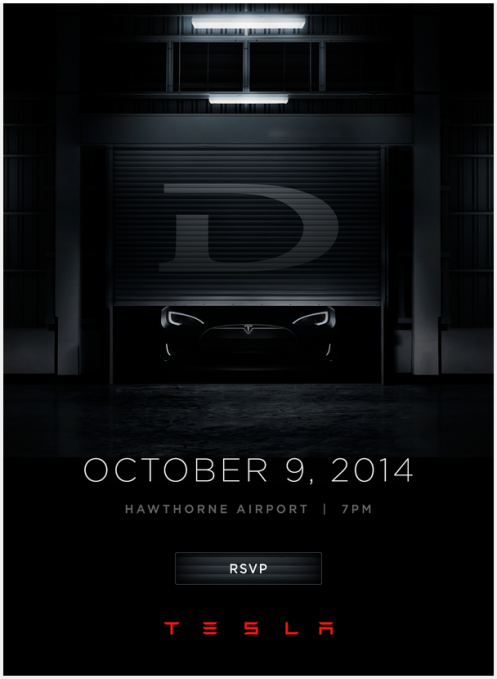 Tesla has already made a P85 (performance) version of its 85W Model S, but now Jalopnik has spotted an image shot by Tesla Motors Club member Adelman, which could be a new P85D. This could be a new version of the Model S with two smaller motors on board. 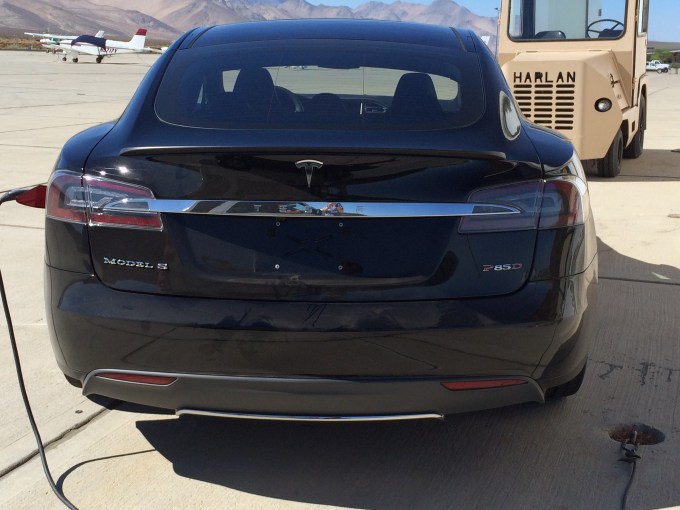 The Dual-Motor AWD was originally announced for the Model-X SUV, but a tipster told TechCrunch that it could come to the Model S next week. The ‘something else’, the tipster says, is a Model S rated at 600hp with a top speed of 155mph — also using the new Dual-Motor AWD. We haven’t been able to verify those tips, so take it with a grain of salt. Expect such a car to run well over $100-$150k.

Our own Matt Burns shared some thoughts about whether that might come to pass earlier today:

A ultra-high performance Model S would likely satisfy a niche market of buyers and fans alike. The Tesla Roadster is long gone and the Model S is getting a bit stale. As countless car makers before it, Tesla could extend the Model S’ shelf life by simply offering more exclusive editions.

Tesla could stuff an additional motor into the front boot of the Model S. I suspect Tesla would employ two of its smaller Model S engines in favor of less weight. Still, even with two of Tesla’s smallest motors, the output would be north of 600 hp. Additional batteries would likely be added to compensate for increased power draw.

Either way, we’ll be there to check out the new stuff.