The ‘Toys to Life’ category has been a much-needed savior for the gaming and toy industry alike, bolstering sluggish sales for both by anticipating a huge demand for real-life action figures that can be ‘brought to life’ for use in digital games. Activision’s Skylanders series pioneered the concept, and the originator is back with Trap Team, a new installment with the unique game mechanic of allowing players to ‘trap’ key villains in special physical play pieces, which makes them playable in-game as characters.

That’s not the only trick Skylanders Trap Team has up its sleeve, however – the game is being billed as the first to launch simultaneous, completely identical games on both tablets and dedicated gaming consoles. Trap Team is available as a starter pack either for the standard Wii, PlayStation and Xbox consoles you know and love, or for the iPad 3 and higher, along with select Android and Kindle Fire tablets. The tablet version works across devices from various manufacturers, and comes with a Portal and dedicated controller that both use Bluetooth LE to connect, and are battery-powered so you can use them anywhere. 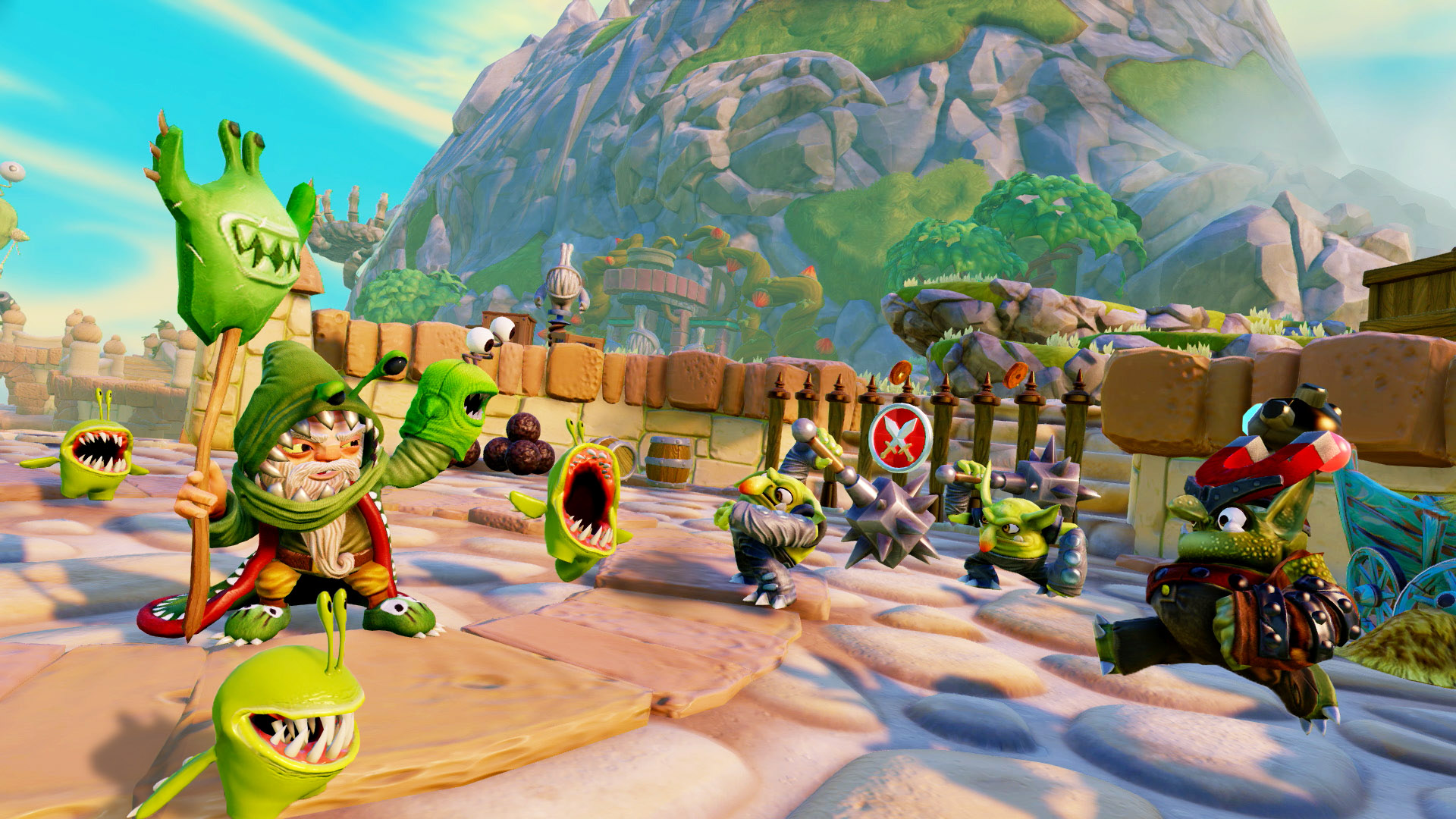 Skylanders developer Toys for Bob assured me, during an interview with founder Paul Reiche, that there was no time at which they felt they needed to cut features or rein in their ambitions for the project in order to deliver a satisfying experience on both iPad and console, and one that offered the full experience in both places. I tested the game both on PlayStation 4 and iPad mini with Retina Display, and it definitely seems like the same thing on both, with a few caveats.

On iPad, you have to download new content like additional Skylander characters and some worlds and environments, while on the console everything is instantly available. This can be either mildly or very annoying, depending on your connection speed, but even with my fast home Wi-Fi some things took longer than others. The waiting is made less annoying by the fact that once you’ve downloaded something, it’s available and loads quickly the next time around.

What’s great about the iPad version is that Vicarious Visions, the team behind the mobile app for Trap Team (and sister studio to Toys for Bob) has delivered a near-perfect mobile gaming experience, in that it can work as either a completely contained title with just the tablet and software, or expand into something a little more robust with the accessory Portal and controller hardware. Vicarious Visions co-founder Karthik Bala explained in an interview that designing an experience that required nothing else, and that could be easily packed up, moved and used anywhere was a key part of their vision for Trap Team for tablets. 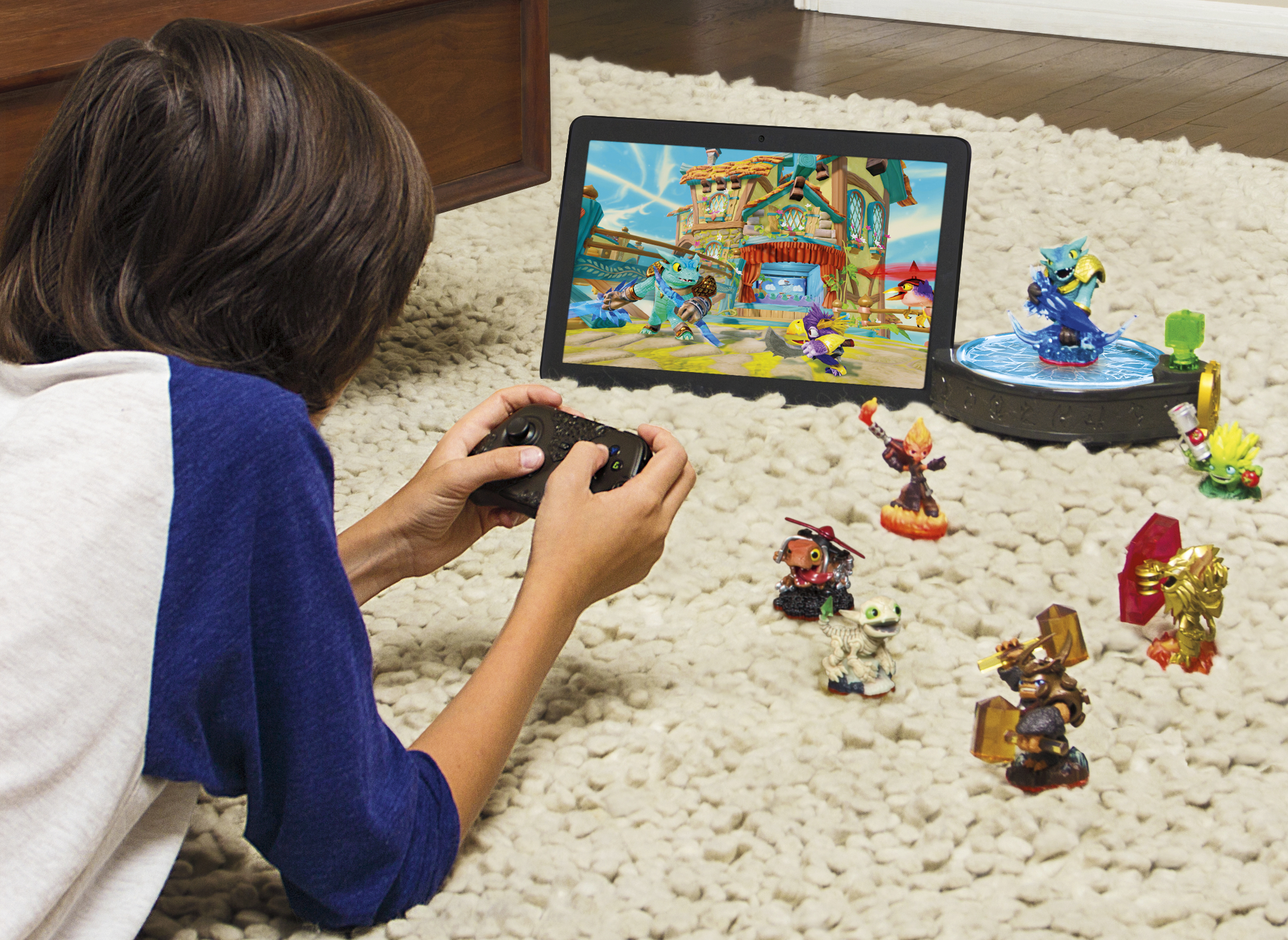 With an iPad mini with Retina display, I could use the entire Trap Team setup on my desk next to my workstation with little to no interference on my main screen, and aside from some aesthetic differences I noticed (fewer background assets, mostly), the tablet experience was the same as the one on the PS4. My saved games didn’t cross both, but character progress did (it sticks with the toys, of course) and you can still enjoy both versions at the same time.

As for the game itself, it’s my introduction to the Skylanders series, and I have to say I was impressed by both the storytelling, and the level of quality when it comes to character animations is fantastic. Skylanders actually beats some of its rivals with more experience in animated storytelling, like Disney, when it comes to the cutscenes and overall game progression, and the humor and likability of its characters.

The gameplay is repetitive and simple, but then again, this is a title aimed primarily at the 6-12 age bracket, and the puzzles it does provide are just complex enough to avoid coming off as insulting. The fun is in the grind, for more advanced players, and in levelling up your Skylanders to the cap of 20, along with unlocking their powers along the way. One knock against Trap Team is that it doesn’t up the level cap beyond what was introduced in last year’s Swap Force, and older Skylander toys don’t get improved abilities. The game also requires you to use the new Skylander Trap Master figures to unlock a good chunk of the game’s extra content, which means you’ll have to invest in new toys as a completionist, but then again these are mostly Hats and accessories and don’t take away from the core experience.

Playing as villains is a nice, but mostly shallow experience in Trap Team, with no progression available for the baddies. But the idea of redeeming them and their ongoing narration via the Portal’s speaker is charming, and each at least has a sidequest that can “evolve” the character. Activision has also shown some welcome restraint, here: you don’t need a separate trap for each villain, just one of each elemental type, and you can shuffle character off and on to those. 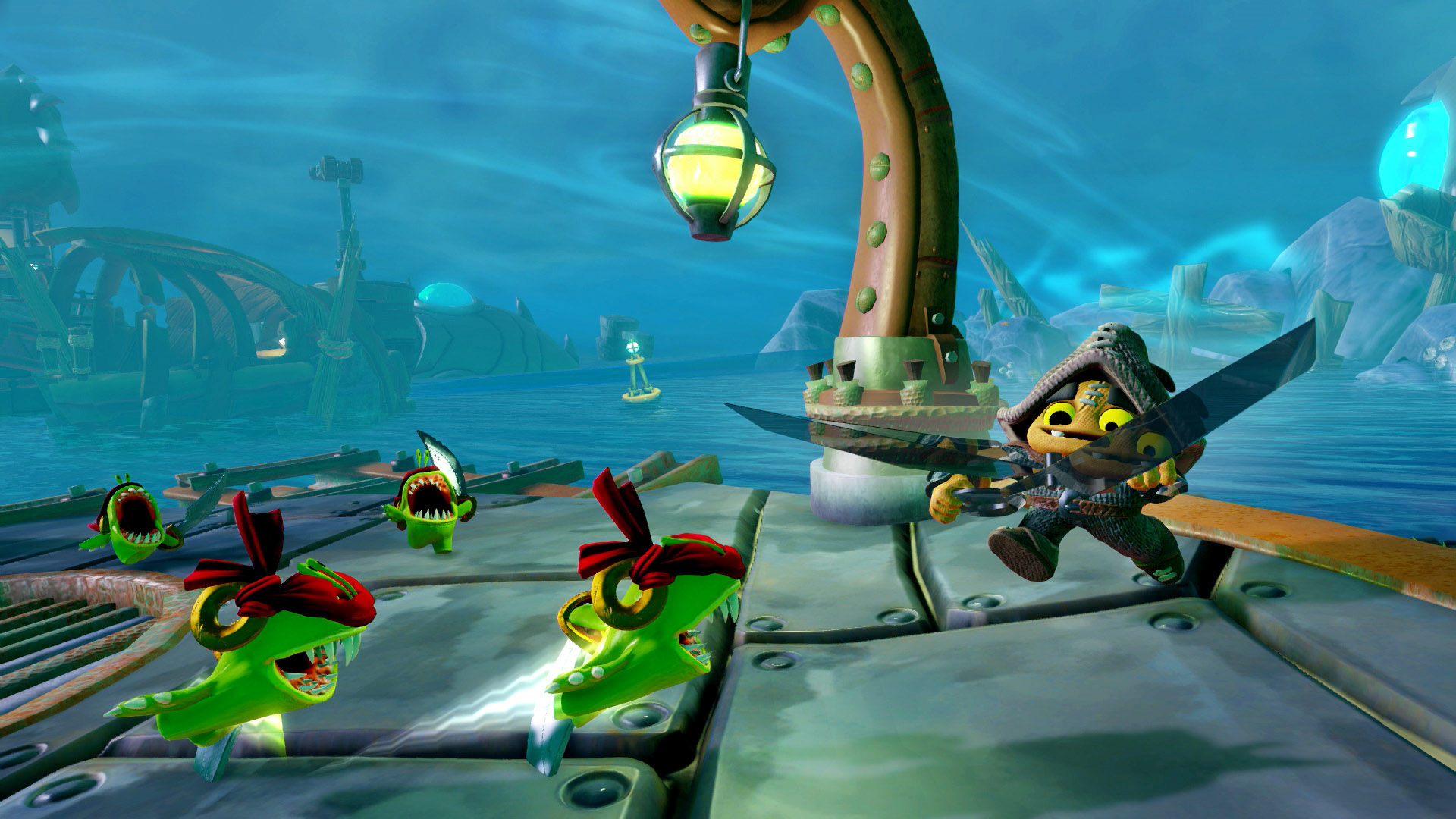 Skylanders Trap Team ends up being a game that’s fun to play, either alone or with a friend, that just so happens to also encourage a huge amount of accessory purchasing. I’m of the school of thought that if you’re going to be buying toys for your kids anyway, they might as well have some lasting value (Activision once again says these will be forward-compatible with new software in the series). And while I value the appeal to my nostalgia and existing habits that Disney’s Infinity series, and especially its new Marvel line bring, the work Activision is doing creating entirely original IP and weaving it into an actual narrative is impressive. If you’re a fan of the series, Trap Team won’t disappoint, and if you’re new to the game, this is as good a jumping off point as any.