After trying to breed empathy with his Q&A app Jelly, Twitter co-founder Biz Stone is back with a more light-hearted product called Super. I just stumbled into the unannounced beta of Super, which lets you share statements starting with “The Best”, “The Worst”, “I Wish”, “Check Out”, “Don’t Ever”, or a few other prompts. You can sign your name or not, and people will see your declaration in “Friends”, “Everyone”, and “Nearby” feeds. But what’s special about Super is that it scans what you wrote, and then automatically adds a background image and offers a few alternates based on your keywords.

At first glance, Super might seem like an anonymity-optional clone of Secret, but the prompts could squeeze serious opinions out of us while the image generator keeps them interesting to read. In that sense, maybe Super has the same goal as Jelly. Just instead of getting us to help each other answer questions, Super could show us who feels the same way. The world’s less lonely when someone shares your opinion. 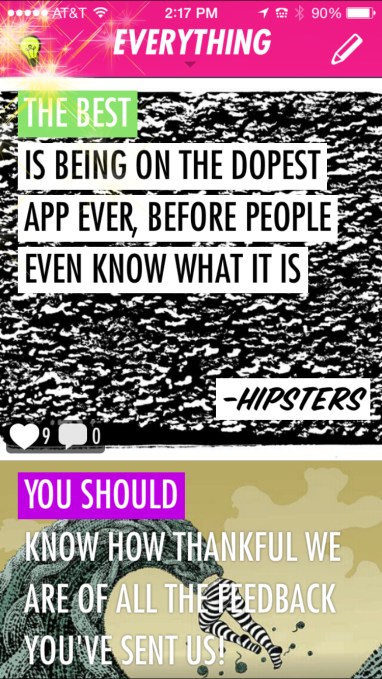 Super is currently in beta and I was able to  via mobile, but there’s no telling how long the beta will be open now that the word is out. [Update 10/1/14 1:30pm: Super has cut off this download link to limit sign-ups while it’s still in beta testing. It now leads to a waitlist page.]

While Jelly raised an undisclosed Series B round earlier this year, its Q&A app doesn’t seem to have found much traction. Super signals that Jelly is either pivoting, or morphing into more of an mobile development studio with multiple products, not just its namesake app.

We’ve contacted Stone’s Jelly Studios about when to expect an official release.

“At the core of Jelly Industries’ mission is a desire to help people. We’re learning quite a bit from Jelly. In doing so we’ve been dedicating some resources to new ideas. What you’re seeing with SUPER (that’s short for “superlative”) is a new way for friends, colleagues, and strangers alike to offer up recommendations, opinions, and ideas.To help one another.”

So it sounds like Jelly will be developing additional apps while not necessarily pivoting away from the old one.]

Update 2: Biz Stone himself has now gotten back to me with his thoughts on Super:

“I decided to go back to my roots and build something fun. I’m also working very closely with our two designers to create a visual look and feel in line with my personal taste (my background is design). Super is fun!

In the early days of Twitter, we built something that we thought was fun. We laughed almost every day. We had no idea where that would take us—fun was enough. That’s the approach we’re taking with Super, building something fun that we love to use and love to build and makes us laugh every day. My co-founder Ben Finkel and the other 7 folks on the team are having a blast.
I’m not going to make any crazy promises that Super is gonna save the world. We’re just gonna keep working on something that brings us joy and see what happens. I hope you think it’s fun too. Let me know if you have any questions. We’re not officially launched yet, just beta-testing with friends and family on both iOS and Android simultaneously.”

How Does One Super? 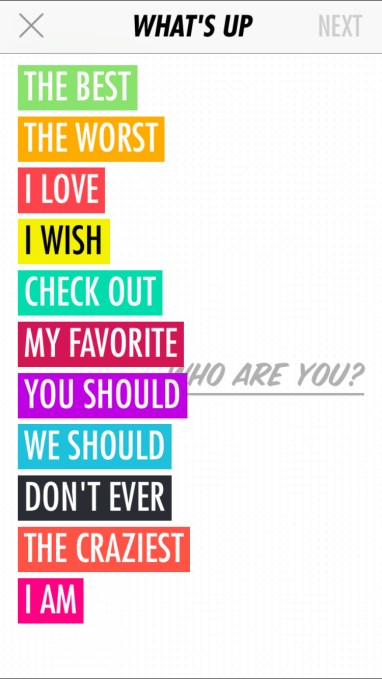 Setting up Super is…su…it’s quick. Enter your username and real name, confirm your phone number, let it scan your contacts to help you find friends, and shoot a selfie as a profile pic. Super hovered some goofy sunglasses over my camera window so I obliged it by lining them up on my face.

The pen icon lets you start a post with one of the 11 proclamations, such as “You Should”, “I Am”, or “The Craziest”. Write your text, and choose how to sign the memo. Then pick from the background suggestions Super provides or use its internal image search engine to find one. Finally, add a link or location, and toggle whether to stay anonymous or let people swipe your Super post to see who wrote it.

On the lurker side, you can choose to view posts from Friends, Nearby, or Everything. Naturally, you can Like, but to comment, you reply with a whole new Super post. That puts up a sizable barrier to discussion, unfortunately, but keeps inane comment reels at bay..

The whole app is so colorful and collage-like that its a refreshing change from the drab, monocolor palates of most of today’s red or blue apps. The rainbow vibes can be a bit exhausting, but they certainly keep the app exciting. 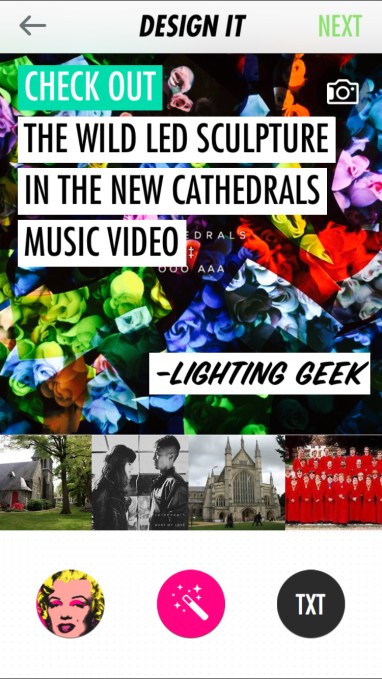 But WHY Would One Super? 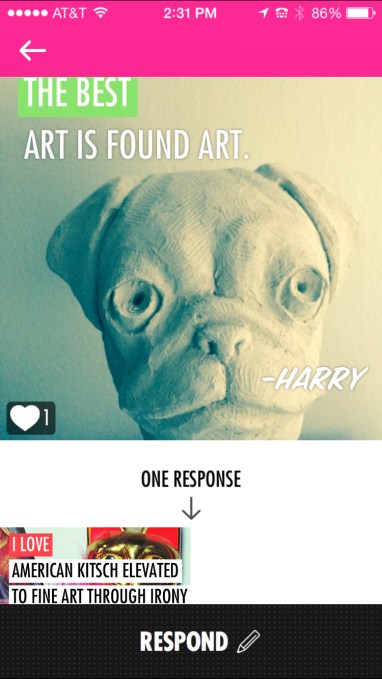 If Wikipedia is for facts, and Quora is for answers, Super wants to be the home for opinions. It might not be designed as a database like those two, or many other failed opinion-sharing apps like State, but that’s fine because most people’s opinions probably aren’t important enough to live forever. Instead, Super focuses on making them fun to share and eye-catching for the reader. The prompts give it enough structure that the community has some focus, but with anonymity optional, there’s plenty of room to goof off.

So far, the posts on Super range from the same tales of intrigue you’d find on Whisper or Secret, to absurd non-sequiturs you might read late at night on Weird Twitter. Community management will be critical to keep Super from devolving into utter insanity…unless that’s the plan.

Super’s potential rests in the ability to coax out our inner most thoughts. Social apps usually leave the text field without restraints other than character count, openly asking “What’s on your mind?” or “What’s happening?” By providing a little spark for the imagination, and some boundaries to play within, Super might make us more creative than a blank canvas could. 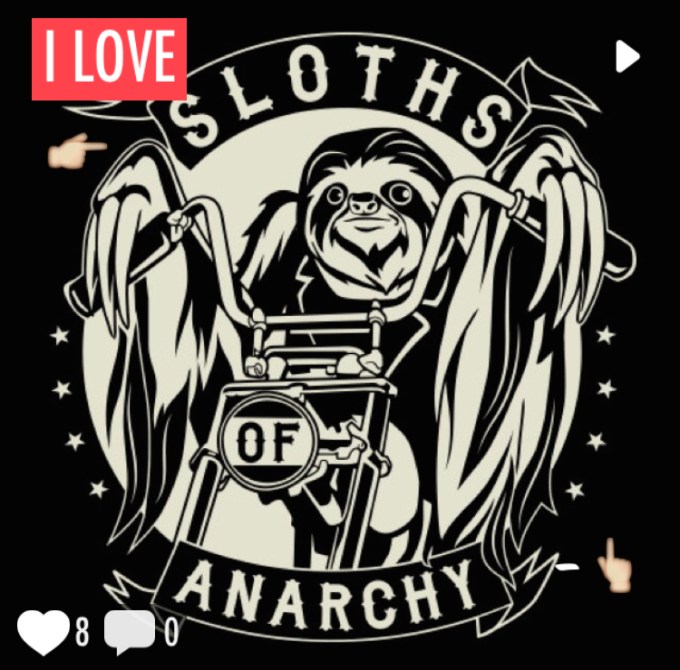