The Entrepreneurs Roundtable Accelerator unveiled their latest cohort today in New York, with companies launching services for everyone from chief executives on the go to college kids looking for the meaning behind their messages to a subscription based perfume service to give women and men new scents to make great memories.

Behind the glass and steel walls of the Frank Gehry-designed headquarters of IAC/InterActiveCorp then ten latest entrepreneurs to make their way through ER’s accelerator program took the stage to talk about their latest news.

The day began with Jason Cahill, a former Green Beret and the chief executive of Traansmission explaining how his company was changing the trucking industry and ended with a pitch from Bubbl’s Mauhan Zonoozy, whose company is looking to make high-quality video clips easy to make and share across social media.

In between, companies like MobileSuites presented their app for executives to book any service on offer at high-end hotels through their mobile phones; Pull, pitched its app that analyzes text messages to better manage relationships; and advisorCONNECT showed how it can better boost results for financial advisors and insurance reps.

Traansmission – The trucking industry is a multi-hundred billion dollar marketplace, and independent truckers represent roughly $45 billion of that. Cahill’s app, Traansmission is a logistics marketplace that connects shippers and truckers so that no truck ever has to make a long haul empty. The company’s in a pre-release beta and has already signed up 188 truckers in 25 states. Cahill says that he’ll have 1,000 truckers on the app before the end of the year and sign up $1 billion worth of shippers.

MobileSuites chief executive Dennis Meng wants to take the antiquated hotel experience and “bring it into the 21st century”. The company’s app brings the incredibly taxing process of ordering room service, spa treatments, or any other amenity a hotel might offer to mobile phones. Already, MobileSuites has signed up 500 hotels and created a database of all of their amenities and services. By the end of the year the company expects to be in 1,000 hotels, and expects to be integrated with 20,000 hotels by 2015. So far, $1 billion worth of spending has been transacted through the platform. So say goodbye to the front desk, and hello to MobileSuites. 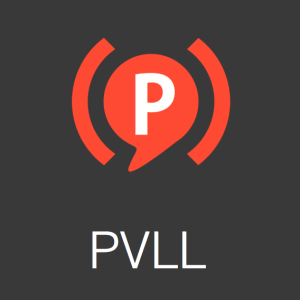 Pull – Being a tween, teen or college kid is tough right now, says Pull chief executive Lauren Talbot. Teens and twenty-somethings send roughly 1.7 billion texts per day and yet with all of that communication they still can’t seem to understand each other. “Seven percent of our communication is conveyed through the meaning. [So] when we text we lose 93% of what we’re trying to say. Using data, Pull is attempting to get at that meaning behind all of those messages by tracking response times to messages, allowing people to recall messages after they’re sent, and incorporates calendaring and scheduling features into messages. “It’s an entire relationship management app,” says Talbot “It’s texting with sharing, undo, and analytics.” (N.B. I think the relationship angle is the worst use-case for what is essentially a pretty nifty technology that brings email functionality and features to text messaging.)

For the millions of lawyers in the U.S., life may get a lot easier thanks to PlainLegal. The company, co-founded by Nehal Madhani, is automating paralegal work with software. The company automates workflows like filing government paperwork and collecting client information — essentially busywork that has created a roughly $15 billion industry. PlainLegal currently has 60 law firms using the service.

Poacht – For those who want to launch their next job search discreetly… well, now there’s an app for that. Maisie Devine, the co-founder and chief executive of Poacht, wants to make looking for a new job as easy as launching a mobile app. Available on Android and iOS devices, Poacht lets job seekers create a profile and tailor it to show exactly the kind of position they’d be willing to take. Headhunters, recruiters and companies can then reach out and woo potential employees with the perfect offer. There are currently 200 employers using Poacht and has 10,000 candidates using the app. “We’re taking a complex, time-consuming, public process and re-engineering it,” says Devine.

Selling a subscription service for new perfumes (and eventually colognes), ScentBird is looking to give women a new way to buy fragrances. Roughly 63 million women in the U.S. use at least 5 different perfumes at different times, says ScentBird chief executive and co-founder Mariya Nurislamova, and they can spend up to $1,000 for ten bottles. So a service that charges $15 per month for women to have their pick from name brands and small boutiques is transformational for the roughly $14 billion fragrance market, Nurislamova says. “ScentBird is an experience company,” she says. It seems to be a successful one, with its first pilot run sold out and 90% of its subscribers filling their perfume queues for the next 12 months.

For busy professionals looking for a healthier option than delivery (or DiGiorno) and who want to select their own meals rather than have them curated, there’s Chicory. Founded by Yuni Sameshima, Chicory is a service publishers can add to recipe pages online that allows a reader to buy all of the items needed to make the meal in the recipe. “There are up to 5 million recipes viewed online every single hour, but it’s still just content,” says Sameshima. “Chicory places a get ingredients button natively on recipes to make recipes interactive and transactional.” The company has partnered with Peapod for deliveries and is developing a feature to make particular brands the default option for certain purchases. “We automatically recognize the ingredients in recipes and match them to products sold by the online grocer,” Sameshima says. “We re-imagine the way recipes are used online. “We allow food brands to be the default product for any ingredient [and] this is changing the way food brands spend their $33 billion.” The company has partnered with the Daily Meal and has inked a new deal with Time Inc. “Chicory is the future of how food, media, and commerce interact on the web,” says Sameshima.

Komal Raj and Arti Anand were two consultants who had an eye for fashion and wanted to be able to wear well-made clothes that wouldn’t cost them a fortune — thus Numari was born. Calling it a fashion brand for the professional woman, Numari’s tailored looks have solved a problem which has bedeviled the online retail industry for years: the dreaded return. According to Raj, 40% of apparel bought online is returned because the clothes don’t fit. Numari’s return rate is 7%. Users take their own measurements and then order a customized article of clothing made to their exact measurements. The company’s dresses start at $160 and the Raj says the company’s margins are roughly 54% on the items it sells. “It’s going to take my co-founder and I a few years to be the next Sheryl Sandberg or Arianna Huffington,” says Raj. “But in the meantime, we can look just as good.”

Helping the Ned Ryersons of the world close the deal, AdvisorCONNECT has developed a social customer relationship management tool tailored to financial advisors and insurance agents. The company tracks financial advisors’ and insurers’ networks to look for key life events, like promotions or a new job, or a new addition to the family. The company launched a pilot with Northwestern Mutual and will launch at Mass Mutual later this year. Guardian Life Insurance has also come on board as a customer. “We monitor advisors’ networks looking for life events that would correlate with an actionable need,” says

At Bubbl, the goal is to make the best media social and shareable. The company has developed a technology to enable users to grab the exact part of a video they want to share and distribute it across social media networks. As content becomes more “snackable” according to chief executive Mauhan Zonoozy, video sizes continue to shrink and Bubbl provides an ideal tool for sharing clips and other content. “We integrate seamlessly on top of video players,” he says. So far, Bubbl has partnered with Warner Bros. Studios and The Hobbit to embed its technology into their promotional sites.