In the $60 billion market for customer loyalty among small and medium-sized services businesses companies are always looking for an edge. With coffee shops and artisanal stores springing up on every corner from Portland to Pittsburgh, differentiated solely by the wit on their chalkboard sidewalk displays, small store owners are always looking for new ways to connect with their customers.

“It’s less that we needed to raise a lot of cash and more that we were able to,” says Victor Ho, the chief executive and co-founder of FiveStars. “I want to make sure we’re blanketing the U.S. There’s a lot we have earmarked for expansino so that we can build a critical mss network so you can be identified and treated personally everywhere you go.”

Money for the new round came from Menlo Ventures with additional participation from previous investors Lightspeed Venture Partners, DCM, and Rogers Communications.

Using the company’s premium AutoPilot product, local and regional merchants can track customer purchases and behavior and set up automated loyalty programs and alerts so that in-store employees can develop a more personal relationship with customers. The premium service costs $200 per month, which is a big number for a small business, but Ho says that the return on investment keeps the company’s initial customers coming back.

“We know so much about their customers that we’re able to apply this machine intelligence and figure out what messages to send to customers,” says Ho.

A typical use case Ho presented, involving his favorite taco shop (the man loves tacos), goes something like this. A customer opts in to the loyalty program FiveStars sets up and then at checkout the customer’s name will appear on the screen every time they check out. “They’ll start learning your name [and] they’ll start saying ‘Hey’,” Ho says. Beyond that, the software can track customer purchases and automate loyalty programs. The company’s technology even detects behavioral changes that could indicate flagging loyalty to a particular shop. 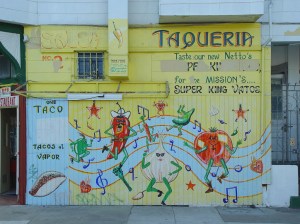 “Let’s say there’s a taco shop closer to your house. Once you start going there, our algorithms will notice that you’re not shopping at the same place. Then the software will send a message saying something like, ‘We miss you a lot at Rodrigo’s Tacos, please come back and we’ll give you a taco on the house.’ We’re able to help stores build that personal relationship with you.”

Ho says FiveStars software can track all of that and then offer analytics to give customers a full picture of the return on their investment in the software. “We see things in order of a 20% lift,” says Ho. That means shoppers that would come into a store once a week now typically come in three times a week, he says. ”

Launched only three years ago out of Y Combinator, the company’s certainly been blowing out revenue numbers. “We went from zero to high millions in two years, and we’re tripling year over year,” says Ho. There are now roughly 5,300 small and medium-sized businesses using FiveStars loyalty program automation software, and over 4 million customers have signed up for the company’s loyalty program, redeeming over 2.6 million in rewards from businesses. The company sends out 2.5 million text, push, and email messages automatically for its merchants.

“20% of customers make up 80% of a small business’s revenue, and while merchants often focus on acquiring new customers with tools like Groupon or OpenTable, it’s much more cost-effective to retain an existing customer than to acquire a new one,” said Pravin Vazirani, Managing Director at Menlo Ventures, in a statement. “FiveStars has already made significant progress tackling the retention problem and has the right team, technology, and infrastructure in place to scale. We are thrilled by the opportunity to help support their growth.”