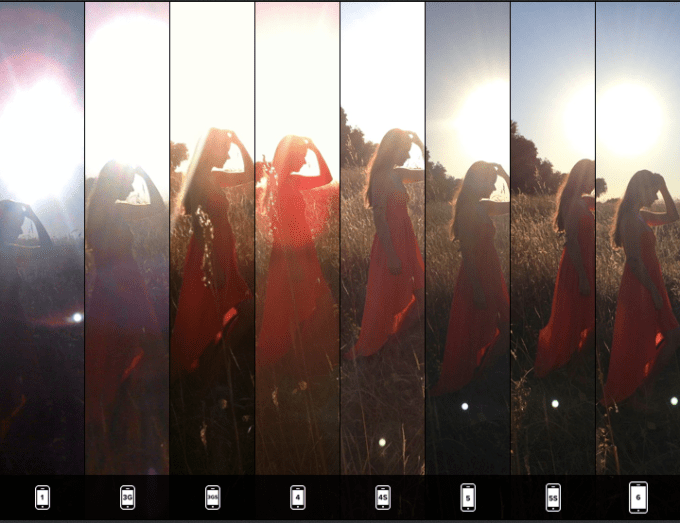 It’s easy to say that the iPhone’s camera has gotten better over time — that’s pretty much a given. But how much better?

Lisa Bettany, co-founder of Camera+, decided to put it to the test. Eight generations of iPhone, lined up in a row… all taking the same photo.

The results are pretty damn neat. The differences start to get a bit less massive as you reach the last generation or two — but they’re definitely still noticeable. I’d forgotten how bad the first two iPhones were at Macro photos.

It’s also a great way to highlight the quirks of each generation’s sensor. Take a look at the crazy color processing/flaring of the iPhone 4 photo up top, for example. If you said #nofilter on that, no one would’ve believed you.

These screenshots don’t quite do the shoot-out justice. Check out Lisa’s fully interactive side-by-side comparisons here.

(Note: that link seems to be having intermittent issues under increased traffic. If the photos are full size by default rather than a fancy expanding side-by-side, or if the site fails to load completely, try again later) 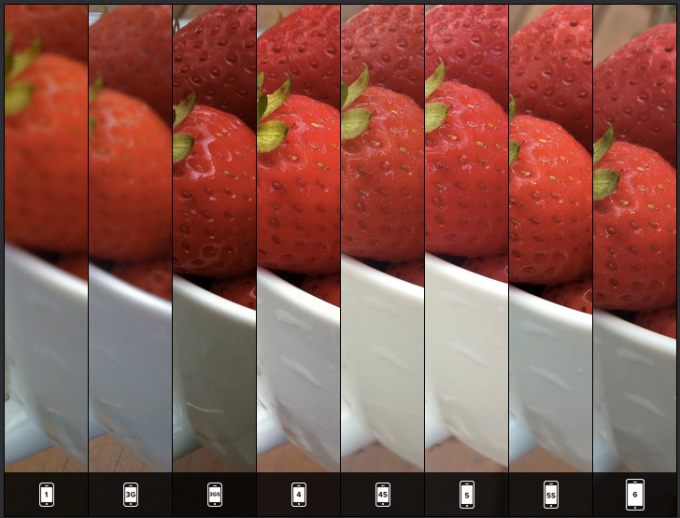