Who has already sent an accidental selfie in iOS 8’s Messages app? 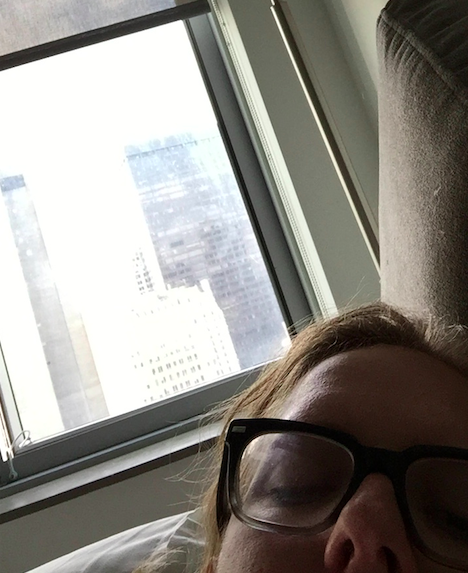 I’m late to the game when it comes to iOS 8. Many of my fellow tech journalists weaseled their way onto the beta version of the operating system, but out of laziness, or perhaps a feigned belief that I can stay away from punditry of any kind, I normally wait to get the new version of Apple’s mobile OS with the public. iOS 8 was the same.

On Wednesday, I stared at my iPhone screen with the rest of the huddled masses, waiting for the coveted new OS to finally arrive. I fell asleep with my phone plugged in, safely connected to Wi-Fi, and slowly updating.

The new Messages app in iOS 8 represents a big shift for Apple. Though the company’s own messaging platform has shifted closer and closer to platform-agnostic chat apps over time (with the introduction of iMessage itself, as well as conventions like Read Receipts), iOS signifies the biggest push towards current social apps and communications apps.

For instance, iMessage in iOS 8 now lets you send voice memos and videos that expire unless you choose to keep them. These features are built into the new keyboard, with an icon on the right that you can hold down to record audio, and a familiar camera button on the left that is slightly more tricky.

If you tap this camera button, you are given the same options that you’ve always been given: Choose from Camera Roll or Take Photo or Video. If you hold the button down, however, two second buttons emerge: the top button is a camera and the button to the right is a red, circular record button. As The Verge points out, this behavior of holding down your thumb to send a photo or video is highly reminiscent of Snapchat.

Once you hold the button, you can release and press the camera or record button or simply slide your finger over to those buttons to take a pic or video.

But here’s the rub.

With both videos and voice memos, iMessage lets you review the content before sending it. You can play it back and then choose to delete or send it off into the world for other peoples’ viewing and judging pleasure.

With still pictures, however, the photo is automatically sent the second your finger releases the camera button.

Cut to me, waking up for the first time to iOS 8, and excitedly toying around with the new iMessage. I open up a conversation and start fiddling with the voice memos, safely staying in strict “draft” territory and playing back silly little audio notes. I then venture to the left, where my camera shortcuts live.

And before I can even realize it, I’ve sent out this:

I’m sure many of you are far more clever than I am, but if it helps anyone avoid my own mistakes, heed this warning: The camera shortcut in iMessage will automatically send photos the moment you release the shutter button.