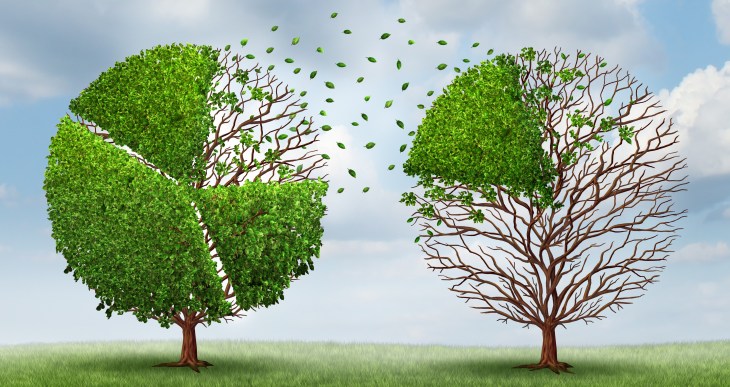 Image Credits: Lightspring (opens in a new window) (Image has been modified)

Editor’s note: Matt Witheiler is a General Partner at Flybridge Capital Partners. You can follow him on his blog.

People may debate when the wearable first came into being or what industries will be most impacted by the technology, but there is no debating that startup activity in the wearable space has accelerated. If Apple moving into a category is one sure sign of anything, it’s that.

Between consumer interest and investor attention, the wearable category is exploding. In fact, it is exploding so much so that a deep dive look can help determine exactly what is driving growth in the space.

What Consumers Are Buying 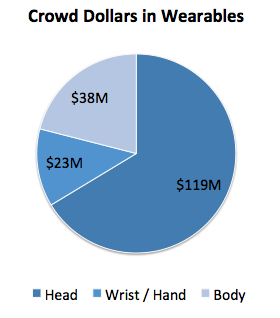 Probably the best proxies for gauging consumer interest in startup wearable devices are crowdfunding sites. Of the 443 crowdfunded projects previously analyzed, 64 of them were what one would call a wearable device. The category as a whole was among the most dominant when it came to consumer appetite: Although wearables only accounted for 14 percent of all projects, with $41 million they accounted for 22 percent of all dollars raised by consumers in hardware projects.

What Investors Are Backing

Viewing wearables through the eyes of where investors are putting money paints a different picture. While the crowd spent $41 million on wearable devices between 2008 and today, investors put an impressive $463 million to work in the category across 82 companies, according to data from Mattermark and CrunchBase. That means that for every dollar of product consumers spent on a crowdfunding site, investors plowed in another $11. 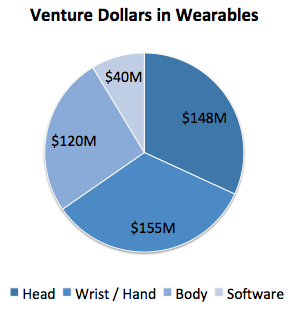 Surprisingly the majority of dollars, 58 percent, went into companies that did not take the crowdfunding route prior to raising money. Equally surprising is that only 19 projects in the wearable category that crowdfunded their way to $100,000 or more went on to raise venture money.

On a percentage basis, this means that only 23 percent of wearable projects that raised venture capital since 2008 had their start on a crowdfunding site, suggesting investors are using crowdfunding success as one indicator of potential but not the only one.

From a category view, if investors speak with where they put their dollars, they are most bullish about wearable plays involving wrist/hand devices: These took 32 percent of dollars invested and appears to mirror consumer excitement in the category.

In contrast to consumer interest, however, was the body wearable category in which consumers only spent 9 percent of their dollars yet the category accumulated 26 percent of investor dollars. Also different is the addition of a “software” category to capture software intended to augment or enhance wearable devices – something that the crowdfunding world has not contributed to.

If the data shows anything it shows that both consumer and investor interest in the wearable space is high and continues to grow. Six years ago the number of wearable companies of any significance could have been counted on two hands; now you’d need 15. The area of overlapping interest between the crowd and investors is strongest in devices either worn on the hand or on the wrist, demonstrating a shared vision of the future.

This overlap suggests something unique. While consumers back products on crowdfunding sites, investors back visions. The convergence of consumer and investor interest in connected watches specifically suggests that there are compelling individual products available today and that there is an inspiring vision for these products in the future; something Apple has keyed into. No matter whether you’re a consumer or an investor, that’s something everyone can get excited about.

For access to all the data used to generate this report, check out the full document here.

People may debate when the wearable first came into being or what industries will be most impacted by the technology, but there is no debating that startup activity in the wearable space has accele...