Are today’s on-demand and local services really about catering to the lazy rich, as as claimed, or are they about a new way to book services from local providers by satisfying demand more efficiently through the use of geolocation and advanced software that can map out where customers are, what they need and when?

I’d argue it’s likely the latter, but I also understand the criticism here.

When one’s life is easy, even the little things seem more difficult. And that’s frankly pretty offensive to those of us who know what true struggle looks like. But when your time is more valuable than your money, it’s worthwhile to pay for the help: someone to fold your laundry, clean your house, drive you around and buy your groceries.

And, of course, there are those who vilify the new suite of apps claiming they’re built by and for a sort of vapid elite — for the Silicon Valley kids who are trying to put “mom” in app form because they never learned to separate the colors and whites when doing laundry, or because they’d rather be on their iPhones than talk to people or drive, or because they can’t figure out how often to restock the toilet paper.

To some extent, the criticism is accurate. The majority of people today aren’t using so many on-demand services that they can’t function without a layer on top to manage all their button-pushing for them. They don’t need a service to help them smooth out an already frictionless life.

Really, who wouldn’t like to have that problem? Oh, this button-pushing is just exhausting! Jeeves, fetch me a martini!

It certainly comes across out of touch with how so many people in this country are currently living.

A documentary I recently saw on HBO called “Paycheck to Paycheck” follows around a divorced mother, and lets you watch as she works herself to death all day caring for the elderly in a nursing home and yet barely surviving herself.

In the U.S., the film states, 42 million women — one in three — are living in poverty or teetering on its brink. More than 13 million are mothers of young children. (Before Silicon Valley builds another servants-on-demand service, seeing the film should be required.) 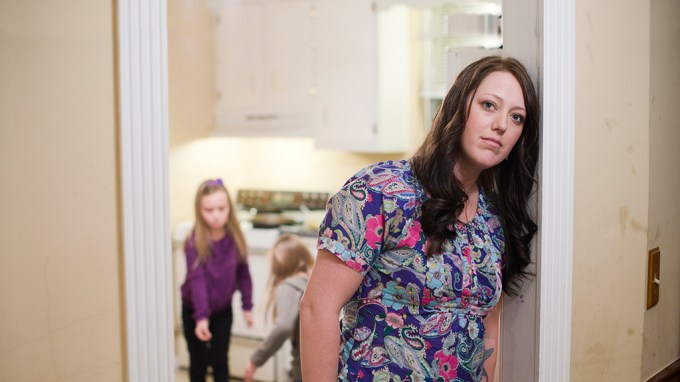 And overall, in 2013, 100 million individuals — nearly one in three Americans — received benefits from at least one of over 80 means-tested welfare programs that provided cash, food, housing, medical care and targeted social services to poor and low-income Americans.

We’ve waged war on poverty for 50 years, and have barely made a dent — or so argues a conservative think tank whose goal is to prove government programs don’t work.

The good news, I suppose, is that the U.S. poverty rate just dropped to 14.5 percent in 2013, down from 15 percent a year earlier, according to the U.S. Census Bureau. “This is the first statistically significant drop in poverty since 2006, when it was 12.3%,” writes CNN. Unfortunately, the number of people in poverty remains stuck at 45.3 million, the report quickly adds. The population expanded; the jobs did not.

I can relate: I know what it’s like to struggle thanks to a similar situation to the woman depicted in that HBO documentary, including the newfound challenges of single parenting. How I would love to have the luxury of worrying about all the different buttons I have to push to make sure my household chores were completed! If only!

But alas, I am too poor to outsource the tasks associated with being an adult, and living by oneself without excess income or savings.

Not only that, but I live outside the Valley – and outside the city – so the things that are built and hyped as the “future of local services” don’t really touch me at this time. At least, not unless I move. Or until they scale to suburbia and beyond – aka 50% of the world today.

Still, despite this sort of separateness from a large part of the on-demand, sharing-economy movement, I understand that much of what first gets offered to the better-off city dweller may eventually trickle down to the everyman or everywoman. (Or at least, this is the argument.)

While some things will only scale to the urban centers, others could come to small town/middle America.

Therefore, I’m looking forward to the Uber for babysitting. (A Care.com on demand!)

Or pet sitting. (A DogVacay-on-demand where no one can reject your dog for not being well-behaved at the meet-and-greet.)

For every Blue Apron or Plated, I’m waiting for the dozens of 5 Dinners In One Hour that will surely follow to make meal planning easier, more efficient and more health-focused for the rest of us.

For every Shopular that helps you find the nearby Macy’s shoe sales, surely a million Favados will blossom to show you how to walk out of a grocery store with free food and household items?

For every advance in crowdfunding pointless gadgets, I’ll appreciate the crowdfunded (and vetted) campaigns for the small business owners or those in need of medical care.

Technology, I still want to believe, hasn’t completely sold out the middle class just yet. Maybe it has been overpaid for a minute. Maybe it forgot to have a higher purpose. Or maybe it will always be built for the fortunate first, then find its way into the hands of everyone else eventually.

But technology will still augment and improve our everyday lives, I continue to hope.

The “lazy,” on-demand, instant gratification startups aren’t the only services that enslave the hopeless and downtrodden.

This is what drew me to writing about it in the first place — the Web 2.0 era where I saw services like Myspace and Facebook connect friends over great distances; where Gmail suddenly made email actually work; where boxed software was no longer boxed, but available and simplified in bubbly-lettered interfaces letting anyone run programs in the cloud (before we were even calling it that). Build your own website, the tech-bearers said. Post your photos, write your own blog. Impact others. Share, join, participate.

Of course, believing is harder these days. Technology has made some mistakes. Well, a lot of them.

It gave us social media then crafted a narrowing world view where we increasingly share shocking clickbait or completely inaccurate information, then surround ourselves with fellow believers who think the same things.

It took our jobs, then gave us the opportunities to be “independent contractors.”

It literally sold us out, exchanging free services for our profile data and user privacy.

It sold our data and gave us ads that follow web surfers around the Internet pushing us to buy things we do not need.

We were promised flying cars; we were added to mailing lists.

It sold us out to the government, an entity that should have had far more just cause to suck up our data like a giant vacuum, sneaking it into its own hidden warehouses.

And now technology continues its quest to infiltrate every aspect of our lives. It changed how we communicate, how we network and how we work, and today, it’s changing how we hire others who do work for us. On-demand mobile apps are more efficient than clicking through Google or Yelp, making phone calls, sending emails or using a desktop or web app. They are literally consumer demand in the palm of one’s hand. 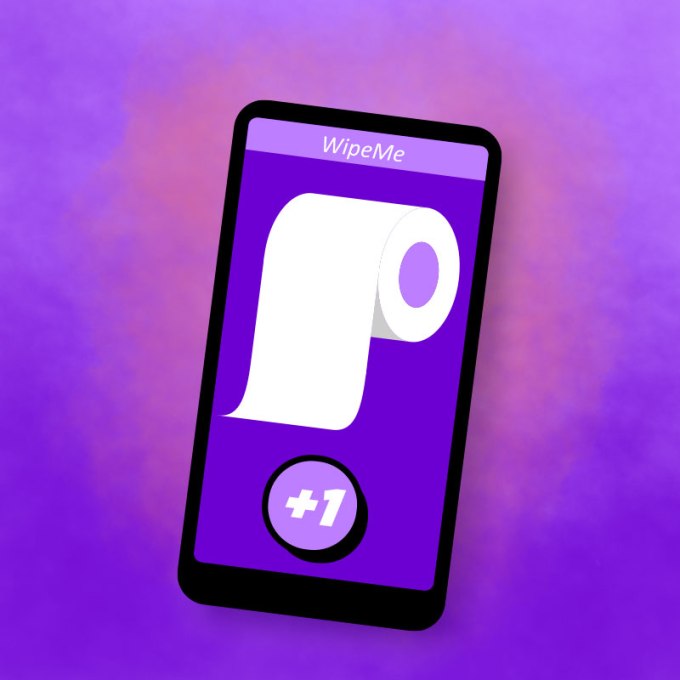 And so what if they’re a bit ridiculous and elitist at the start?

It makes sense that companies would tap into that demand, then rebuild traditional services to be offered new ways. The challenge for these emerging startups is to make sure that while they’re so busy “creating jobs” they’re not destroying career potential along the way. (For what it’s worth, maligned Disrupt winner Alfred offers its errand-runners regular employment and benefits once they work 20 hours a week or more. Hate the concept of personal services, if you must, but that’s at least an improvement over how competitors choose to manage their payrolls.)

Really, it comes down to how you want to look at the world technology is building. Is it turning highly paid workers into lowly paid, on-demand, faceless servants? Okay, maybe right now it is. Will those businesses last and scale when the funding runs out? Well, who knows?

The “lazy,” on-demand, instant gratification startups aren’t the only services that enslave the hopeless and downtrodden, though it’s easy enough to envision this as their dastardly goal — especially given their determination to dehumanize the workers who give their software something (someone) to automate.

It is right to question their ethics and attitudes, but the technology itself is blameless. Don’t like push-button butlers? Don’t build one; don’t use it. Build the opposite.

Figure out how to make push-button mom-and-pop commerce work. A farmer’s market-as-a-service. A parenting/babysitting co-op where friends pay each other as they log on or off an availability roster. Crowdfund a teacher’s wish list, or the school supplies for students whose parents are going through tough times. A college education. Create neighborhood lending and rental services. Book exchanges. Swap meets. Push-button tutors or trainers. Insta-sitters. On-demand mental health. Subscription-based, push-button birth control, Plan B and condoms. Location-based, passive mobile job search engines that ping you when you’re nearby a hiring business (and ping the HR manager, too). Push-notification-based fundraising. Tap to donate. Subscription-based (and affordable) house calls.

Just because it failed before, or even repeatedly, doesn’t mean it always will. Try again. Aim higher than butlers-on-demand.

Instead of finding ways to turn the technology into the thing that destroys, make it an enabler of good. Ignore the noise. They may say Silicon Valley is out of ideas, but you’re not.