Facebook wants to steal discussion of real-time events from Twitter and stop being perceived as a slow social network. So today it announced News Feed changes that will surface posts that mention Trending Topics sooner and higher in the feed. It will also look at when people like and comment on posts from friends and Pages so it can stop showing posts about real-time events hours later when they’re no longer relevant. The changes could make Facebook better for following breaking news and live events like TV premieres, sports games, and award shows which have become Twitter’s bread and butter.

Facebook explains “We’ve heard feedback that there are some instances where a post from a friend or a Page you are connected to is only interesting at a specific moment, for example when you are both watching the same sports game, or talking about the season premiere of a popular TV show. There are also times when a post that is a day or two old may not be relevant to you anymore.” That’s a bit of an understatement. I frequently see play-by-play commentary on sports games a day later when the game is already over and no one cares about the second quarter field goal. That’s embarrassing for Facebook and makes it look particularly sluggish compared to Twitter’s unfiltered feed.

The news would make you think Facebook and Twitter are trying to turn into each other. Twitter recently announced it’s looking into how it could potentially filter and sort its classically reverse chronological feed to pull more important posts out from the noise. 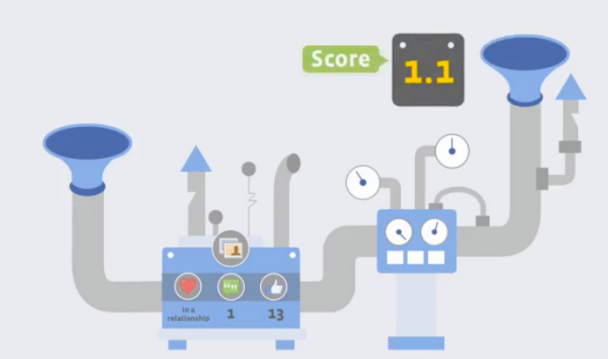 Normally Facebook’s feed sorting algorithm focuses on quality, as determined by clicks, likes, comments, and shares. It tried to show you the best posts since the last time you visited. Now it will weight urgency higher in the algorithm.

If a post contains a trending topic word or phrase, Facebook will recognize it as timely and show it to friends and or people who follow that Page sooner and higher in the feed. Facebook says this drives a 6% increase engagement with these posts.

Facebook will also analyze when comments and Likes were added. If they come in as a flurry right when the post is published, it will consider it more timely and show it sooner. If later the post gets a much lower rate of engagement, Facebook will infer that the content was timely and has ceased to be interesting, so it will stop showing it to people. The same logic will be used to determine if a post that qualified for someone’s feed but they didn’t scroll far enough to see should be bumped up in their feed later or if its window of relevance has passed. These updates will roll out gradually to all Facebook users.

What’s really interesting, though, is where Facebook goes next with this initiative. It recently started a whole artificial intelligence lab in part dedicated to natural language processing that could help it index the meanings of different posts. For now Facebook is just looking at mentions of Trending Topics, and when likes and comments came in quickly. But down the line, it could scan all the words of a post to determine if the author is talking about something urgent or evergreen and place it in the feed accordingly.

Though just because the feed is tuned for real-time content, it will take time to convince people to post that stuff to Facebook, if it can change their behavior patterns at all.