Indiegogo is expanding beyond temporary crowdfunding projects and into hosting permanent crowdfunded businesses. In the next few days it plans to launch “Forever Funding”, a source close to Indiegogo confirmed to me. This will let creators raise money indefinitely rather than having to set a date for their campaign to stop.

[Update 7:35am PST: Indiegogo has just announced the pilot program for funding without a deadline in a blog post titled “Continuing Your Success on Indiegogo”. The Forever Funding model is for companies who’ve already met their funding goal and want to keep raising money. The pilot will feature a select number of campaigns, including real-life photo filter Tens and lost item locator TrackR. Indiegogo did not specify the fee it will charge, so it’s quite possible it will use the same 4%. If the pilot is a success, Indiegogo will likely roll out the feature as an option to any campaign that’s met its goal. I’ve updated my headline from “Indiegogo Is About To Launch ‘Forever Funding’ Campaigns Without End Dates” to reflect the launch begins with a pilot test period.]

The feature could distinguish Indiegogo from its better-known competitor Kickstarter, and open the service to a wider range of projects, such as ones with recurring maintenance costs as well as full-fledged companies or organizations looking for on-going support.

Until now, Indiegogo has offered Fixed Funding campaigns where projects must meet their funding goal in a set time period to actually get the pledged dollars, and Flexible Funding which pays out to the creator even if the goal isn’t reached before the end date. Forever Funding provides an option with no end date, however my source didn’t know the percentage Indiegogo will take. I’ve reached out to Indiegogo for confirmation of the launch and fee details. I am awaiting a response [Update 7:35am PST: Indiegogo pointed me to the blog post about the program and didn’t specify the fee], but here’s how fees work for the existing models:

Indiegogo and Kickstarter currently feature discrete campaigns to fund things like the first runs of consumer products, the creation of a book/film/album, board games, and live events. After the campaign ends and the project becomes a reality, creators have to either stand on their own two feet or start another crowdfunding campaign. Forever Funding will allow creators to turn their project into a sustainable job or unending mission. Non-profits, aspiring professional artists, or even startups could pull in income from generous supporters. 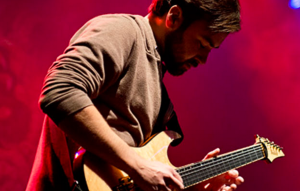 In that way, Forever Funding is a bit like subscription crowdfunding platform for artists Patreon, where donors pledge to give a certain amount whenever an artist they sponsor releases a piece of work like a song or video. Forever Funding won’t fit all types of products, as it removes the sense of urgency and desperation that can inspire contributions.

If Forever Funding is a success, I wouldn’t be surprised to see Kickstarter copy it. Since these companies earn money on fees applied to money raised, they’re both incentivized to get more cash flowing through their systems, even if it means dropping the deadlines and fragmenting their services.

Hopefully Indiegogo will get more serious about refusing campaigns from swindlers, cheats, and flimflammers. It allowed a wearable company to raise over $1 million this year for a device that made impossible (at least according to modern science) claims about its functionality. With Forever Funding there’s no limit to how much a crook could grift from the crowd, so protecting the community is more important than ever. Otherwise, Indiegogo could sour people on crowdfunding…forever.