Over the last decade, an increasing number of consumer goods have become available online, leading most users to be able to find more or less anything they could ever want through one website or another. Those goods frequently have detailed product specs, as well as reviews on most frequently purchased items.

That’s not the case though, for purchases by small and medium-sized businesses. In many cases, SMBs can’t even find the items they need online, and if they do, all they can access or product descriptions. It’s rare they can actually purchase those items online. Instead, most SMBs were stuck working with local suppliers, which meant they were often not paying the best price or able to shop around before making a purchase.

B2B marketplace Kinnek wants to change all that. It’s working to connect SMBs with suppliers that will offer up the goods they need and provide competitive prices for them. Based on its growth in recent months, the company has raised $10 million from Matrix Partners and others to continue expanding its marketplace into new verticals and markets.

What makes Kinnek work is that it’s a buyer-led marketplace rather than one focused on sellers. Rather than having suppliers list all their available goods, SMBs submit what they would like to buy and then the platform connects them with sellers that might be able to help them. 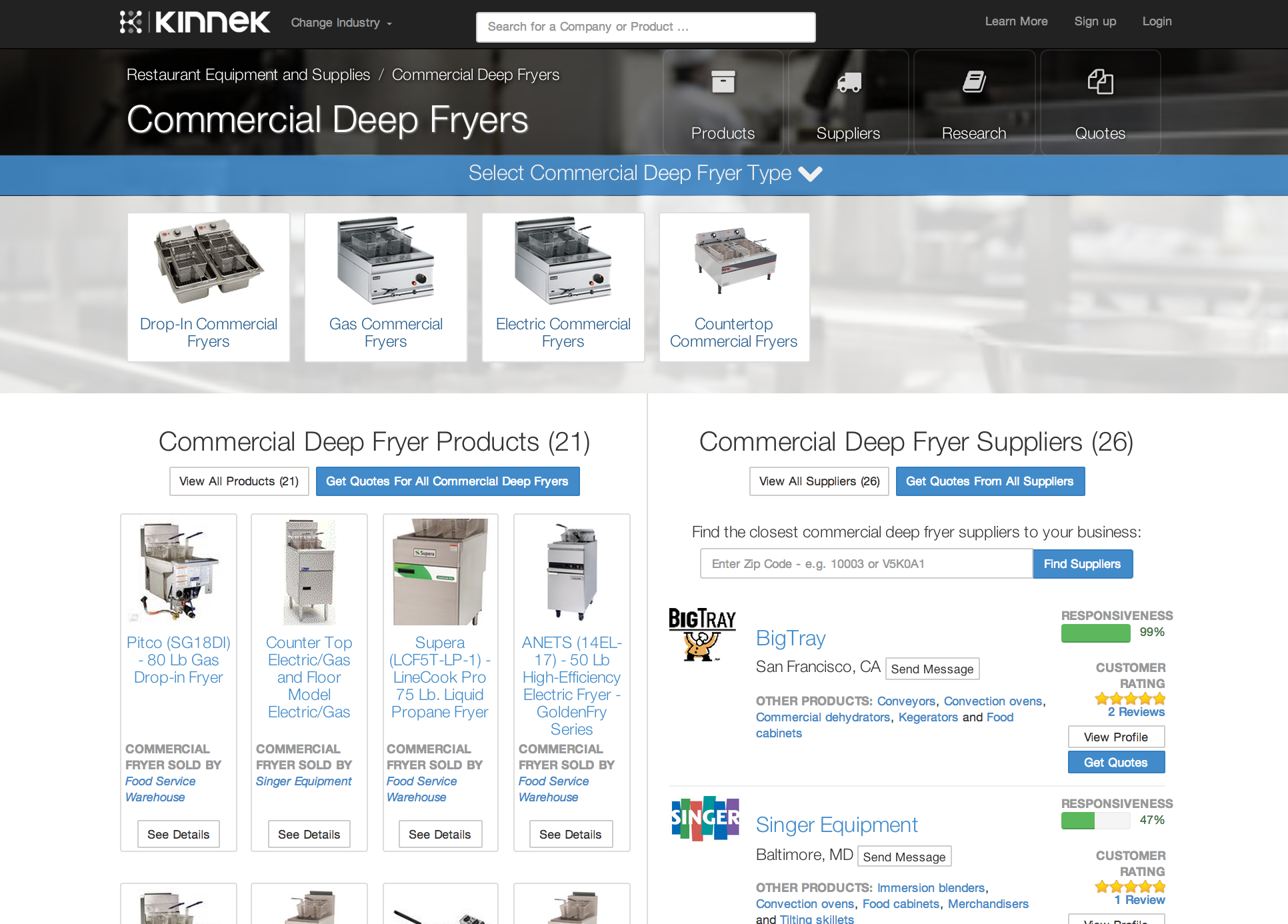 It has an algorithm to help determine which sellers are most likely to have the goods being requested, and alerts them. Suppliers then provide information about what items they have and how much they cost, and buyers choose between them. That has ignited liquidity, but it also means customers get fair prices.

“For B2B purchases, every variable changes the price,” says co-founder and CEO Karthik Sridharan. Since multiple sellers might be submitting available goods to buyers, prices are generally more competitive than if they just went with their local supplier. Prices take into account distance and shipping, which can vary widely and significantly change the cost of goods purchased.

The company has been operating for the last 18 months but is growing about 30-40 percent month-over-month. Still, there’s a huge market out there for SMB supplies, and it’s now just scratching the surface.

Today it’s focused mostly on a few large verticals, such as restaurants, bakeries, food processing companies, hotels and other hospitality businesses, as well as small manufacturers. But it wants to expand into other verticals, and become the place where all small businesses find supplies.

The funding should help, as well as the backing of Matrix, which has done well by investing in marketplace companies. The firm has backed companies like Gilt Groupe, JustFab, and others that fall into that category, and will provide some guidance as Kinnek looks to grow.