Acer has a new Chromebook that’s looking for the crown among affordable, minimal laptops – The Chromebook 13, which boasts a 13-inch display as per its name, albeit with unique high-definition display options that set it apart from some of the competition. With HD screens and battery life that ranges between 11.5 and 13 hours depending on which model you choose, Acer’s new Chrome OS hardware is strong – but it still isn’t great, despite impressive abilities made possible by the Tegra K1 processor under the hood.

The Acer Chromebook 13 is a well-designed computer, given that it’s an all-plastic affair. It feels solid, in both open and clamshell mode, and the matte white finish is attractive both to the eye and to the touch. The textured bottom half of the notebook makes it even more grippy, and also adds a design distinction that makes it hard to accuse Acer of copying Apple’s MacBooks.

Opening and closing the lid isn’t the easiest as there’s a lack of a definable latch and the lip is shallow, but it’s fine once you get used to it. Once open, the Chromebook also sports a nice chiclet keyboard, with a Mac-ish feel, and a large, responsive trackpad with a surface that is textured in such a way that it’s nice to use.

The screen is bounded by a wide bezel, which has the effect of making the notebook appear somewhat cheap-looking, but then again, this is a $300 computer, so it’s bound to be cutting costs somewhere. Unfortunately, the screen in general appears to be where they’ve cut more than a few of those costs, but I’ll get to that a little later on.

The Acer Chromebook 13 is very impressive in some specific ways – its claims regarding battery life aren’t exaggerated, the thing really will get 11 hours of use out of a single charge, which is more than enough for a full day of computing for most users. That’s thanks mostly to the use of Nvidia’s K1 mobile chipset, which is usually reserved for smartphones and tablets. The K1 also helps account for the Chromebook’s quiet operation, which is made possible by a fanless design. 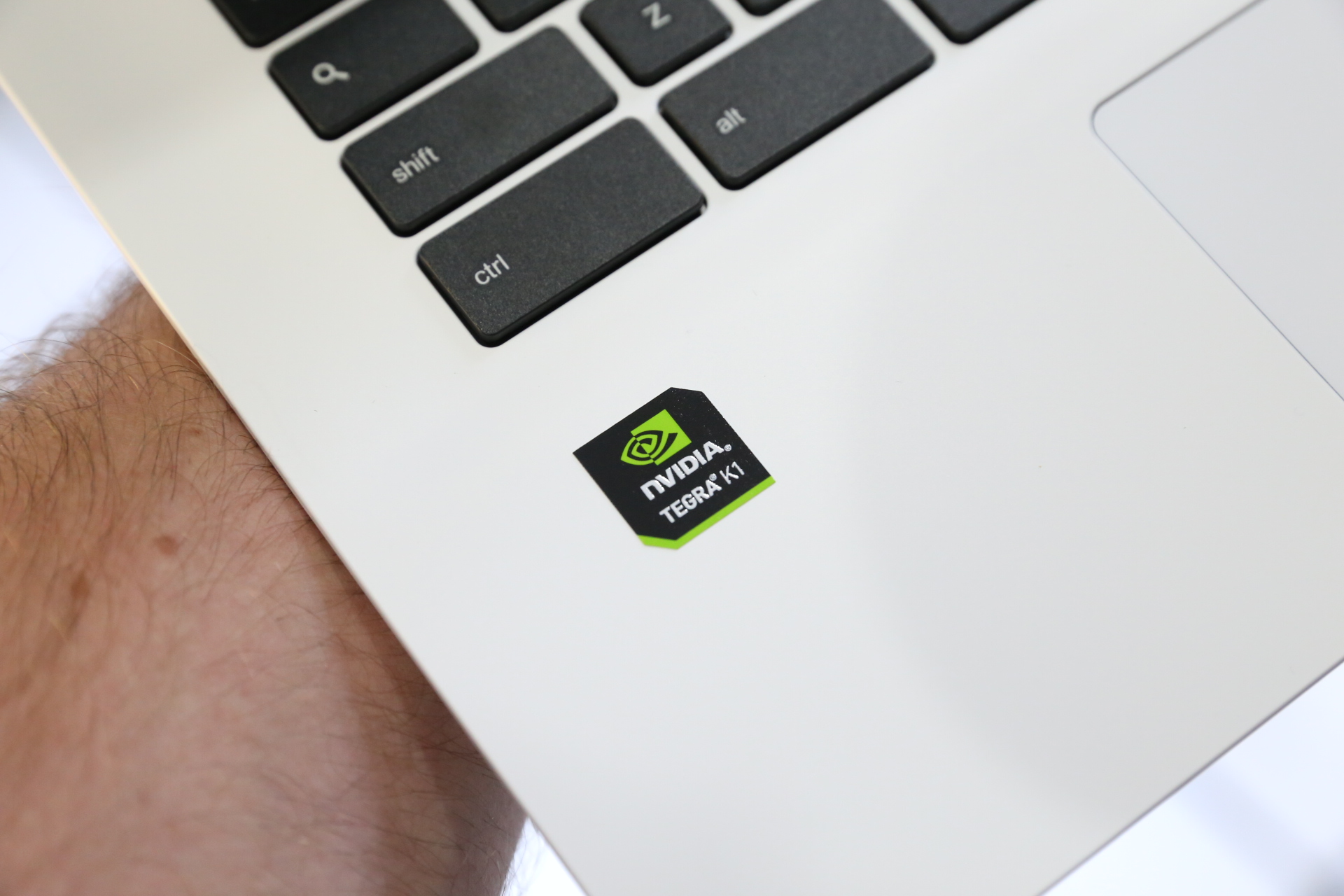 Overall, though, most users won’t notice any perceptible performance improvements between the Acer Chromebook 13 and any of the other options available on the market. The Tegra guts may help it do better when it comes to graphics or 3D content, but it doesn’t show perceptible improvement in terms of multitasking or streaming media while trying to do something else.

Chrome OS has also come a long way, including an update today that adds multiple account switching, but it’s still insufficient as a daily driver desktop operating system in my opinion, and Acer’s work on the hardware side can’t change that. For light users, however, who can otherwise get by with just a phone or tablet, it should fit the bill. 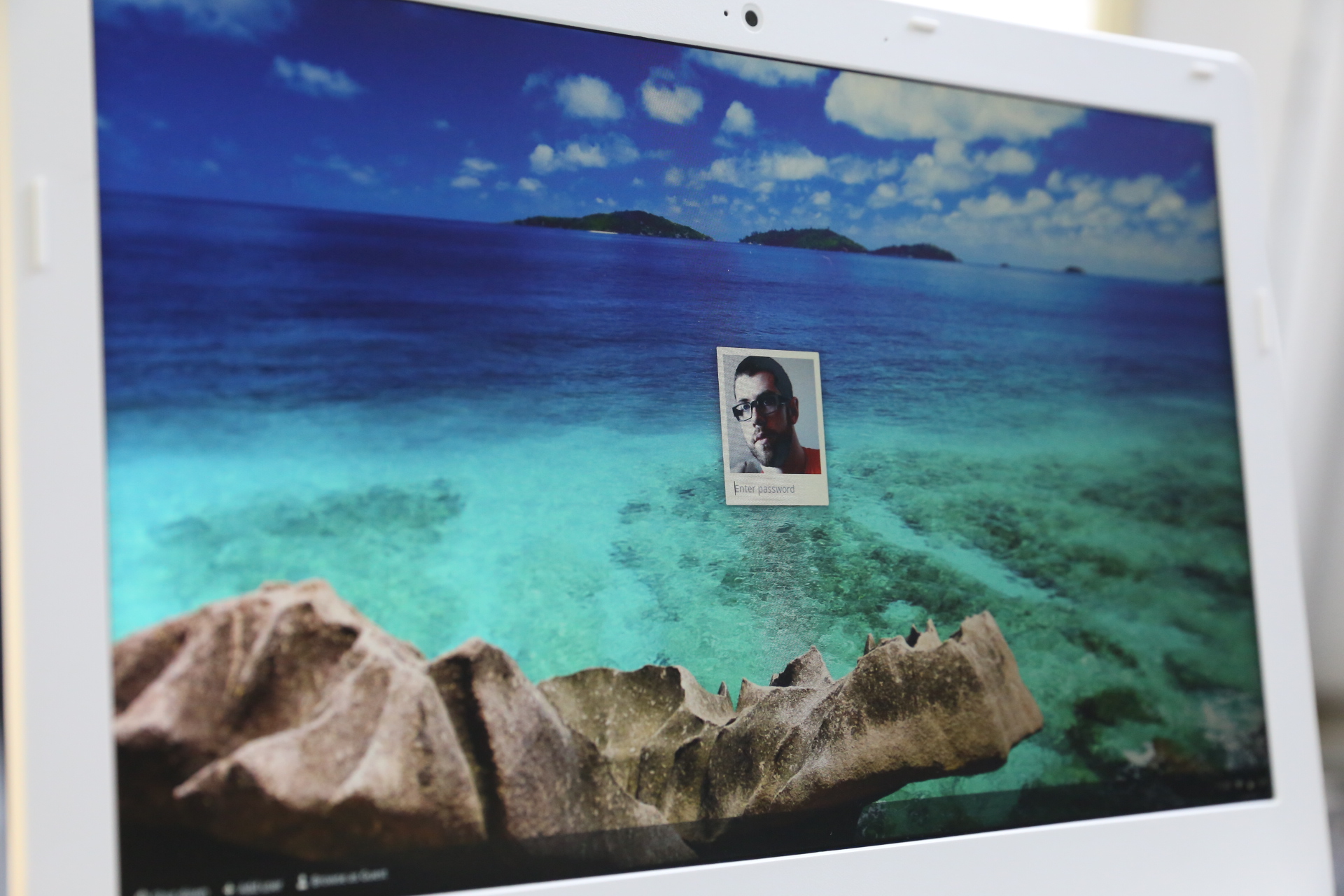 This is possibly the most disappointing part of the Acer Chromebook 13, because it touts its graphical capabilities. The higher resolution display that ships with the notebook is admittedly a great addition, and really works for making Chrome OS more usable since you can line up more windows side-by-side. I’ve heard complaints from others that interface elements are two small when rendered at the full 1920×1080 resolution of the FHD version I tested, but it doesn’t pose a problem for me.

What is disappointing, however, is that the display is still dim, terrible from off-center angles and generally cheap looking. This is again not tremendously surprising in a computer that costs $300, but this is the place where OEMs stand to make the most progress in terms of improving the value proposition of the Chromebook, and it would’ve been a nice match with an increased resolution screen to also get one with better viewing angles and color rendering.

This is the Acer Chromebook 13’s true strength, and the one area where it really excels above the competition. Near-12 hour battery life in testing means that can go the extra mile when you need a computer that can travel with you, and again, despite its failings, that power is being fed to a high-resolution screen that almost certainly demands extra juice.

Acer doesn’t really need to do anything more than tout this battery accomplishment if it wants to attract buyers: It may have its failings, but a marathon powerhouse like this is enough to sway many a buyer’s decision in its favor, at least when compared to the general field of current Chromebooks.

For $300, the Acer Chromebook 13, not surprisingly, isn’t perfect. But it’s got some practical improvements made possible by its unique use of Nvidia’s K1 mobile chip architecture that will deliver real results for everyday use. I’d still recommend hanging back if you don’t have an urgent need for a Chromebook, but if you do, this is where you should be looking.