Innovation in the beacon space — the micro-location technology that lets your smartphone trigger events based on how close you are to a beacon transmitter — doesn’t seems to be letting up any time soon. Polish startup Ifinity appears to be well on its way to solving one of the potential headaches of beacons: the need to periodically replace each transmitter’s battery. To do this it’s developed battery-less beacon tech that uses ambient electromagnetic waves.

The resulting product — dubbed AirBeacon — is currently in the testing phase with an estimated release date of the fourth quarter of the year. It works by extracting power from a single source of low-current ambient electromagnetic waves. 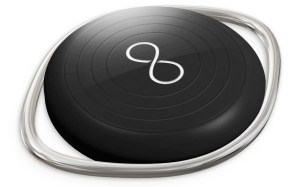 “We figured out the way to power-up them periodically with an external power device (e.g. power converter or router) nearby,” Ifinity’s CMO Krystian Cieślak tells me.

Specifically, the power source doesn’t have to be connected to AirBeacons. “They are able to harvest power through ambient electromagnetic waves emitted by the device. One power device can source many AirBeacons,” he says.

In addition to eliminating the need for battery replacement, AirBeacons are also smaller in size than many beacon solutions. “Due to their features they may be installed in places which are difficult to access,” adds Cieślak.

Examples cited of where AirBeacons might find a market include indoor navigation systems at shopping centres, Electronic Shelf Labeling Systems in hypermarkets, and equipment inventory in hospitals and storage spaces.

Ifinity’s new battery-less tech comes amid much innovation in the beacon space. Just last week, Estimote unveiled its Estimote Stickers product, slimming down a Beacon transmitter to something as thin as a sticker, and adding accelerometer and temperature sensors in addition to Bluetooth radios — helping to usher in the era of so-called ‘nearables’.

And a week earlier, Kontakt.io — fresh off the back of its first round of funding — announced its Cloud Beacon product that adds WiFi capability and an accompanying cloud service to help manage a fleet of beacons and enable the capture of more in-depth customer data.

What’s notable is that much of the beacon innovation is hailing from Poland, particularly Cracow where Estimote and Kontakt.io are based, but also Warsaw where Ifinity is located, giving rise to the claim that Poland or Cracow might well be considered ‘Beacon Valley’. To that end, Nordic Semiconductor, the Norway company whose chips power many beacon solutions, recently opened a Polish R&D center in Cracow.