The Bublcam is a video camera that can capture a sphere of content with its four high-def sensors. We first covered it when its creators put up a Kickstarter campaign looking to raise $100,000 to bring the gadget to market. After raising more than three times that, the team behind it has spent nine months tweaking the camera to prepare it for launch this fall.

We had Bublcam CEO Sean Ramsay stop by the office to show off the current version of the device, which is available for preorder for $579. In our demo, we used the Bublcam to stream a live video, take a selfie, and record footage from around the office. Operating the camera with one button is easy once you know how long you need to press it for each function, and the color-changing LEDs let you know what the camera is doing at all times. 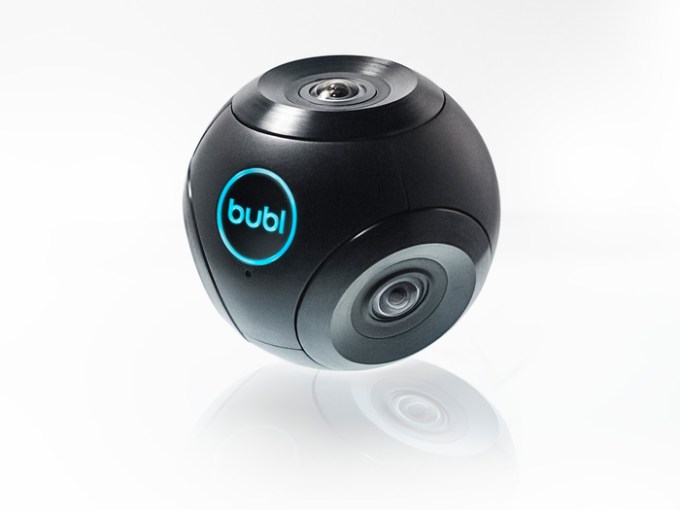 The Bublcam has a few handy features that make it easy to share video taken on the device. While storage on the device is handled by a MicroSD card (letting you add as much storage as you’d like), you don’t have to take out that memory card to access your video files. The camera has Wi-Fi built in, so you can see it wirelessly access the file system directly from apps on your phone, tablet or PC. That also means that you can wirelessly stream a spherical video from anywhere that has wireless Internet access, as long as you’ve got a hotspot or pay to have the feature on your phone carrier’s plan.

The camera’s price makes it more of a “prosumer” device than something like a GoPro, which you can buy for as little as $200 (especially after Bublcam’s preorder period ends and the price goes up to $799). That means that Bublcam has to find markets where people would be willing to pay more for the advantages that come with being able to capture a complete sphere of video.

Ramsay says that Bublcam has been chasing a few high-end markets for its cameras. It’s looking to bring in filmmakers who’d like to create stories that can vary between viewings, letting you get one story by looking at one spot while other things happen in areas of the visible sphere. Other applications include creating content for VR applications, security, documentary filmmaking and providing interactive streams of live events.

For some of those uses, the images that the Bublcam can capture aren’t quite on par with the quality that can be taken from traditional cameras. The company hopes to push into that market next year with the release of a higher-resolution device, something it originally hoped to finance as a stretch goal for its Kickstarter campaign late last year.