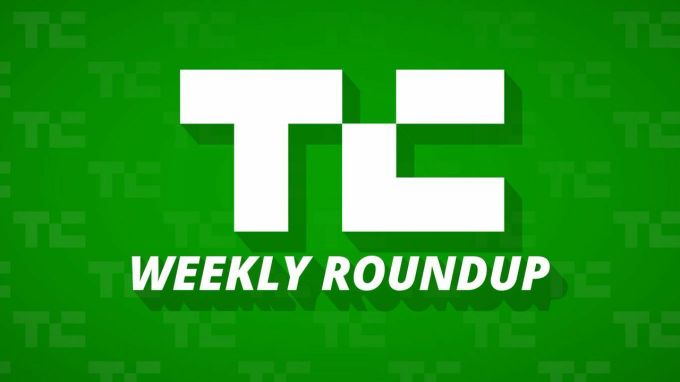 This week had our writers investigating new engineering, aerospace and NASA hires for Amazon Prime Air, self-reflecting on social media involvement and getting drunk with robots.

1.  Tom Hanks launched the Hanx Writer typewriter app for iPad, and it soared to the top of the iTunes App Store charts ranking first in the Productivity section, and Overall.

2. Former Microsoft CEO Steve Ballmer stepped down from the company’s board, we give you a look back at his career.

3. Uber released its API to third-party developers, allowing app creators to integrate the ride-sharing service into their apps. 11 API partners have already committed to introducing Uber to their users, including OpenTable, TripAdvisor, United Airlines and Starbucks.

5. John Biggs reflects on his relationship with social media and how he got his brain back after deleting social networking apps.

6. Instagram just got more ad-friendly, offering brands a new dashboard interface for tracking their performance that includes business tools like insights and analytics. This might help attract more brands to start using the platform.

7. Amazon Prime Air is getting serious about their project goal of delivering packages within 30 minutes to customers using unmanned drones. While the company continues to dodge setbacks from the FAA, former Microsoft research engineer Paul Viola, Keyhole Inc. (which later turned into Google Earth) co-founder Avi Bar-Zeev, and NASA astronaut Neil Woodward have all joined the Prime Air team.

8. Our team took a trip to the Aloft Hotel in Cupertino to visit Botlr, a robotic butler made by Savioke. The service robot is programmed to bring items to the doors of hotel rooms. In this case, he tried to get Alex Wilhelm drunk.

9. The ALS awareness Ice Bucket Challenge has hit Europe – the startup tech community to be specific. Up to the challenge were Emi Gal of Brainient, Peter Vesterbacka and Ilkka Paananen of Supercell. Samsung, on the other hand, got it all wrong.

10. Microsoft’s Windows 9 has been leaked, and has been said to unveil on September 30. Darrell Etherington gives you a brief update, while Alex Wilhelm argues that the Windows 8 era isn’t merely closing, it’s racing to an end.

11. Kim-Mai Cutler talked with Sam Altman, who took over Y Combinator from Paul Graham at the beginning of the year. For the first time, Y Combinator is supporting biotech companies, including a nuclear battery company, as well as Ginkgo Bioworks.

In other news, Anna Escher and John Biggs put together a gallery of drones that could make you the coolest kid in town. Jon Evans poses the question of whether software engineers get enough respect or not, and Jordan Crook gives you the noPhone, designed to alleviate the anxiety that comes along with not having a phone (but really, phone separation anxiety is a real thing).