Don’t believe the hate. While it’s a juicy narrative that rich people spoil everything the common folk hold dear, there are plenty of tech bigwigs at Burning Man that work hard to contribute and embody the event’s ideals of inclusion. And the thing is, what they do has little impact on Burning Man as a whole. Whether they’re secluded in forts of cushy tour buses like The New York Times’ Nick Bilton rails, or they’re cooking food and giving it away to total strangers as I’ve seen in my six trips to the desert, you probably won’t notice. It’s a massive ad hoc city where your experience is what you make of it, so there’s no need to worry about how the upper crust burns.

As a quick primer, Burning Man is an arts and community-building festival held for 10 days in Nevada’s Black Rock Desert. Focused on the principles of radical self-expression and radical self-reliance, tens of thousands of people come each year to delight one another with art installations, music, costumes, food, discussion and inclusion. Nothing but ice and coffee is for sale, so you bring what you need and give away as much as you can between the occasional trip to the porta potty. 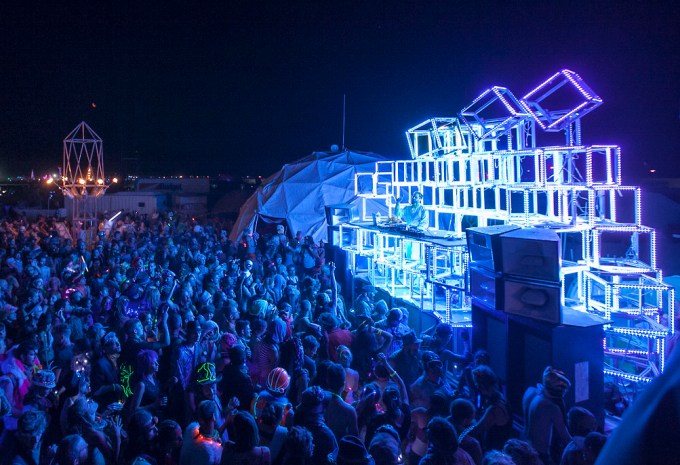 The whole thing is indulgent and excessive when compared to the hardship befalling much of the world. But like hitting the beach or the slopes, it’s another form of vacation, albeit with intention and plenty of serendipity. There’s plenty of frivolous art there, but that’s kind of the point. There’s a valid argument that the money and effort could better spent directly aiding people in need or at least creating political or humanitarian statement, rather than just entertaining those in attendance. However, some would say this “meaningless” art catalyzes inspiration that could push people to go home and better the world, or at least be kinder humans.

In less hippie-dippie terms, most people come with something cool to show off or hand out, spend their days perusing the art and contributions of others, and their nights lit up in blinky lights, adventuring through the city or dancing to electronic music.

For very, very few does Burning Man entail paying thousands of dollars to eat sushi and shit in private bathroom trailers while hired “sherpas” build and provide everything they need. 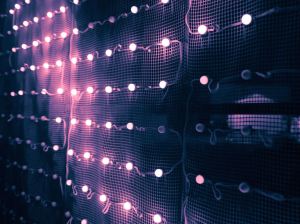 Yet pouring money into Burning Man won’t even get you that far, since most everything outside your camp is free. And moneyed burners aren’t all from tech. One widely criticized luxury camp that housed venture capitalists and likely inspired Bilton’s piece was actually started by a C-level executive of a giant hotel chain. Some of those VCs have ditched that camp because it felt at odds with the spirit of self-reliance.

Arguably a bigger threat to Burning Man’s culture are techie spectators. They come with little forethought, buy what they need to fit in, glom onto a friend’s camp, but then don’t actively contribute much. While it can be tough to know how to add to others’ experience the first year, everyone should try — no exceptions. Those that only take and don’t give dilute the atmosphere.

Luckily, one of the great things about Burning Man being a decentralized event set across seven square miles is that there are near-infinite ways to experience it. A temporary city the size of downtown San Francisco is tough for a couple of people to wreck for everyone else.

As Caleb Garling wrote for SFGate last year, “if you try to cherry pick a few of them to build a story, you’re left with a basket of disingenuous anecdotes.”

Creators Seek A Canvas, Not Comfort

There may be a few tech elite who are spending fortunes to one-up each other, but they go largely unnoticed. The people who are remembered are those who contribute the most. The ones who build the fire-shooting steam punk octopus truck or hand out piping-hot french fries as the chill 4 a.m. winds wash over the moonlit landscape. It’s no wonder tech people are enticed by the giant open canvas for creation that is Black Rock City.

So if Bilton gets to throw out his anecdotes of indentured servants preparing steak tartare for CEOs, I have a few of counter-examples of my own. Behind the bandanas and goggles, some tech people I’ve stumbled across at Burning Man include: 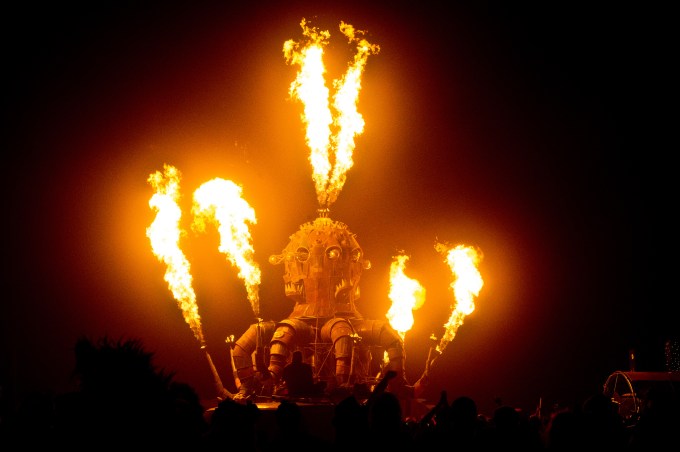 For some in the industry, Burning Man is a chance to escape the rigors of their lives of ones and zeroes and do something different. It’s believed to be an inspiration for Google’s “20% Time.” For others, it’s a chance to put their tech skills to use for the benefit of the community. There’s: 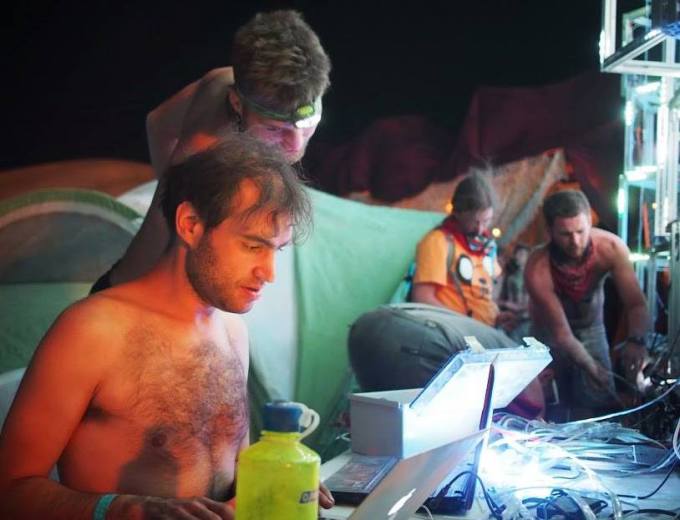 These too are unrepresentative of Burning Man. The event’s heterogeneity means any generalization about how people behave there will be wrong. There are jerks and saints, tourists and organizers, philosophers and mechanics. Street urchins who hitch a ride, business moguls who fly private, and daredevils who skydive right into the thick of it. There are introverts, extroverts, and everything-in-betweentroverts. And there are tech people. That should be okay, especially since no one really cares what your job or net worth is back in the “default” world.

As Facebook co-founder and five-time Burning Man attendee Dustin Moskovitz wrote last year in a must-read analysis of Burning Man haves and have-nots, “I know many of the entrepreneur invaders and, without exception, they come back from their first year with a decreased interest in zero-sum competition and a deep appreciation of the fully connected and mutually supportive community.”

Burning Man’s founder Larry Harvey told TechCrunch’s Gregory Ferenstein that “The opportunities of all these folks coming out who have command of wealth is to help us in extending our culture throughout the world.” 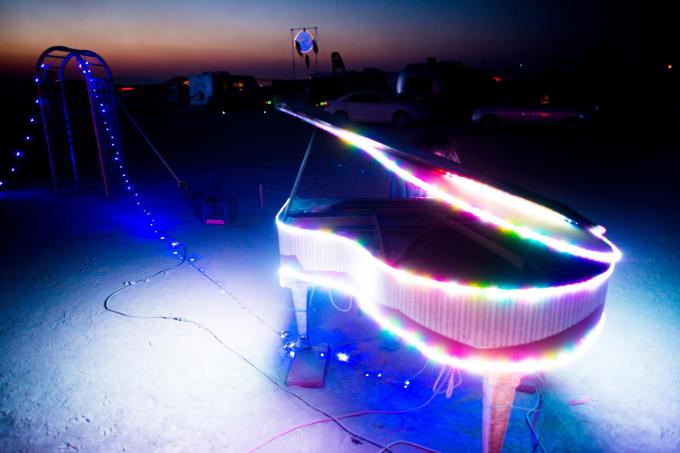 In the end, Burning Man has likely influenced the tech industry’s culture much more than the other way around.

If a combination of luck, skill, hard work, and more luck has granted some technologists immense wealth and influence, shouldn’t we want them immersed in a culture of generosity and communal love? It may take a little extra air conditioning at first, but if they don’t flaunt their money and bring home some of the ideals, that seems like a net win for the human race. 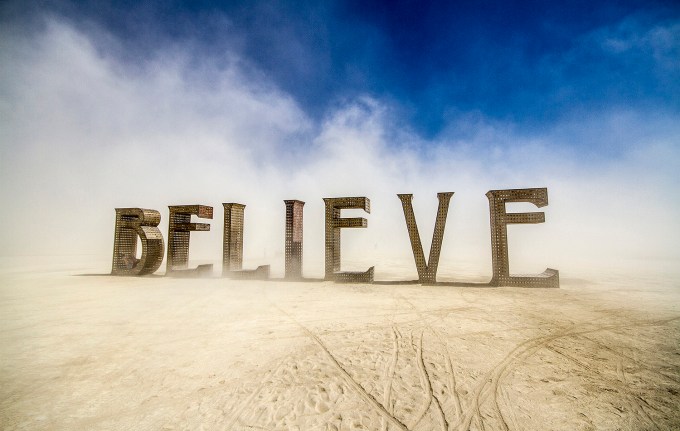