If you’ve used any 3D printers over the past year or so, you’ll notice one thing: fragmentation. A few use open source apps (which are abysmal) and many use homebrew solutions which range from amazing to “meh.” Now a group of engineers wants to create a standardized, usable OS for all 3D printers, ensuring that any time you click a button to print a 3D model you’ll see exactly the same screens and functionality.

The solution, called 3DPrinterOS is a standalone software system that connects to a number of popular printers. It works on Mac and Windows as well as Linux and Raspberry Pi. Using this software, your printer turns into a networked “black box.” Users can simply send over files and print them. The service is compatible with Makerbot, Ultimaker, and some RepRap models (essentially a few of the most popular printer models) and also allows you to control and submit print jobs over the Internet.

“It’s incredibly exciting how fast the 3D Printing world is growing but without a platform that’s able to communicate across printers, softwares and applications users are unable to truly enjoy and unleash the full potential of 3D Printing,” said CEO John Dogru. “Our goal is a platform compatible with the majority of design tools and 3D printers so dreamers, designers and first time makers can collaborate, communicate and create in a universal language for the first time.” 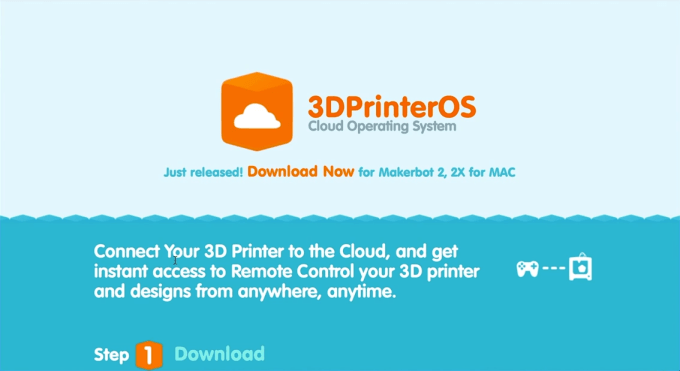 The idea is to make 3D printing as easy as 2D printing. By creating a queue, a way to watch jobs as they run, and adding in some solid compatibility you essentially turn your $3,000 Makerbot into a $150 HP – and that’s a good thing. 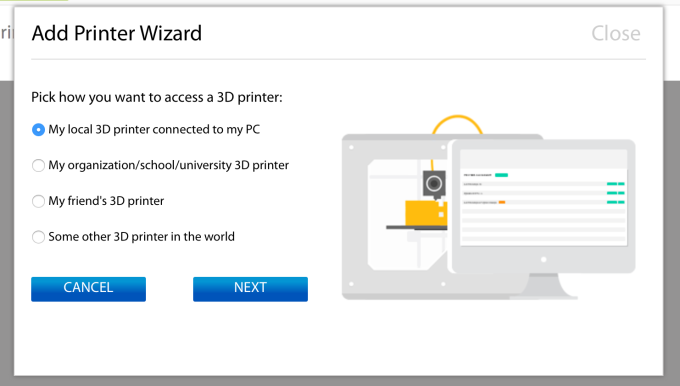 Founded by Dogru and Anton Vedeshin, the project is rooted in cloud computing and IT security. By offloading the heavy stuff to a server, they reckon, you can make 3D printing more accessible and easier to use for all.

“On top of this many of the current operating systems require complicated 20+ click workflows before a design could be printed,” said Dogru. “The ability to 3D Print is incredibly exciting. We still get blown away watching a 3D Printer whir to life to create a physical object out of something that was just an idea a few moments ago. We want to share that excitement and sense of wonder with the entire world.”

The apps have just left beta and are now available for all and sundry. Perhaps, just perhaps, this will be the product that finally brings the error message “PC LOAD LETTER” to a 3D printer near you?